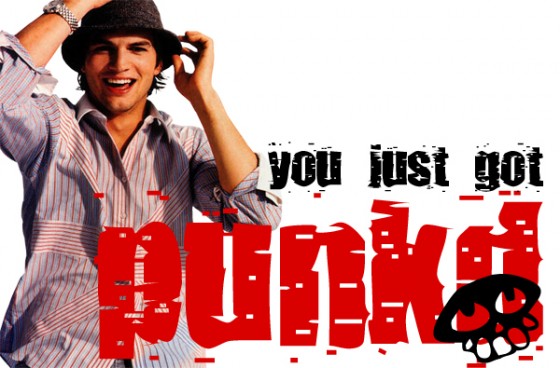 B-list celebrities beware. MTV’s hidden-camera reality series Punk’d will return to the airwaves on Monday, March 19. That’s the bad news. The good news is douchebag extraordinaire Ashton Kutcher won’t be back as host. Wait, there’s more bad news. Instead of Kutcher, the likes of Justin Bieber and Miley Cyrus will serve as rotating guest hosts. If you’re not excited, allow MTV president Van Toffler to get you properly motivated.

“What better way to ring in the New Year than to let our audience know that Ashton and MTV are bringing back Punk’d in a big way,” said Van Toffler, president of MTVN Music Group, LOGO and Film. “There’s a new generation of unsuspecting suckers just waiting to be Punk’d by their famous friends, and fans will once again have a front row seat to see the shock on the faces of their favorite celebs.”

And by “favorite celebs” Toffler must be referring to Johnny Depp, Leo DiCaprio and Jennifer Aniston. Right? No, he means Khloe Kardashian.

Oh, those Kardashians. They’re so adorably gullible. I can see why America loves them so much. And testicle trauma is always good for laughs. Just ask the producers of America’s Funniest Home Videos if you don’t believe me.