Media > Movies > Mûmakil vs. Imperial Walker. Who Would Win?

Mûmakil vs. Imperial Walker. Who Would Win?

There is a sequence in The Empire Strikes Back when the Empire uses gigantic four-legged robot walking machines to attack the Rebel Alliance. In Lord of the Rings: Return of the King, the Dark Lord Sauron uses gigantic, four-legged elephants in the Battle of Pelennor Fields. 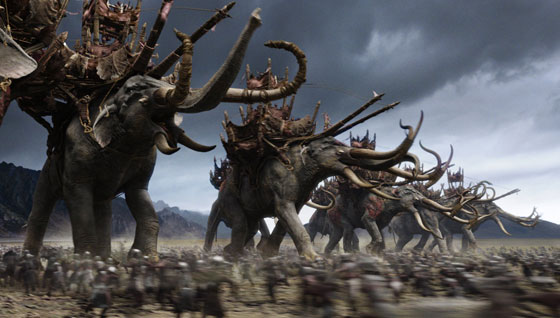 The Tolkien Wiki defines the mûmukil this way:

From within the jungle of Far Harad, the mûmak emerged. To most cultures, the mûmakil, or oliphaunts, were creatures of legend, as fabulous and fearsome as dragons, and to them were ascribed all kinds of strange powers. Oliphaunt was another name for them given to them by the Hobbits. Mûmak resemble elephants, except they have four tusks, instead of two.

Here is the video of the attack in Return of the King, which is not embeddable.

Legolas is the hero who takes down a mûmakil (to the theme music from a different movie he’s in). 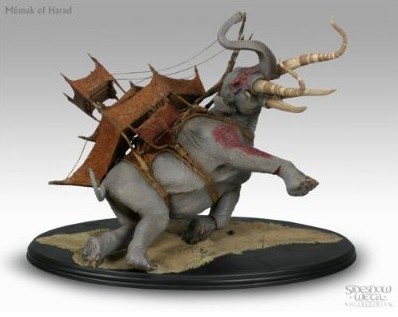 This is the best mûmak toy/statue available, and it’s from Sideshow Collectibles.

Mûmakil Pros: It is mobile and fast, and has four tusks to ram things.

Mûmakil Cons: It is living flesh and therefore can’t take a shot from the AT-AT’s blasters. It gets tired and hungry. It needs to piss and crap a lot. Maybe it can piss on the AT-AT and cause it to malfunction. 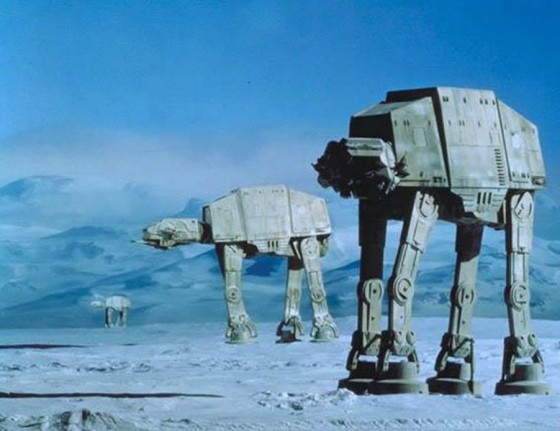 The All Terrain Armored Transport (AT-AT) walker was a major part of the Galactic Empire’s army. It was one of the most heavily armored land vehicles in the Imperial Army, but was also known for its relatively slow speed.

Here is the sequence in The Empire Strikes Back with the AT-AT, including the scene in which the hero, Luke, takes one down. 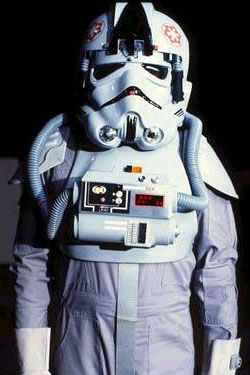 Music of the AT-AT 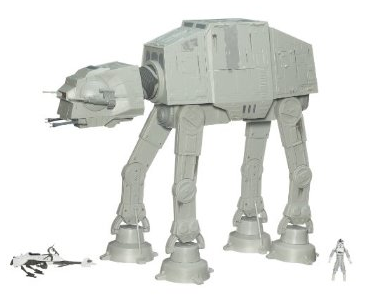 There have been many toy AT-ATs over the years, but here is the latest one from Hasbro, which came out recently. It’s $145. 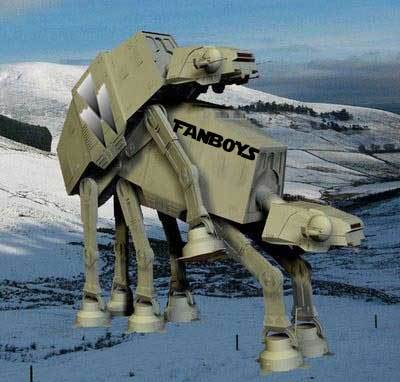 Analysis of the AT-AT

AT-AT Cons: It’s electronic and can malfunction. It is relatively slow and can’t make sharp turns.

Who would win? Mûmakil vs. Imperial Walker

The voting is complete and the AT-AT won by an insane margin. Thank you, Star Wars fanboys, for stuffing the ballot.