Music of the West Memphis Three

There’s no consolation in the murder of three children, and nothing can make up for the lost time of three men wrongly accused of the crime who spent 18 years behind bars. But in the case of the West Memphis Three, who were freed from prison recently despite still being guilty in the eyes of the law, a killer soundtrack at least provided something cool to hear for those following the case.

Metallica lent their music to help draw attention to the case in the HBO documentaries Paradise Lost: The Child Murders at Robin Hood Hills (1996) and Paradise Lost 2: Revelations (2000). Henry Rollins got a compilation album together to raise money for the defense. This year, Disturbed released a B-side called “3” to raise money. Another metal band, Zao, made a song called “Free the Three” which is cool even though the song sucks.

Though this nightmare cannot officially be over until the real killer is caught and Damien Echols, Jessie Misskelley, Jr. and Jason Baldwin are officially found not guilty, the soundtrack of this madness has certainly helped keep our attention. 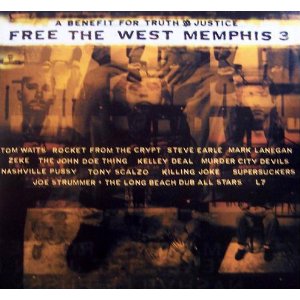