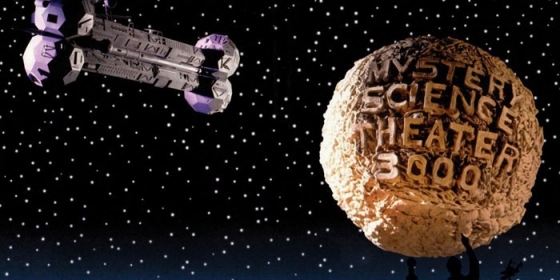 Back in 2010 rumors began to circulate (much like “the tapes” back in the day) that Joel Hodgson was going to resurrect one of television’s most phenomenal shows: Mystery Science Theater 3000. There was much rejoicing for the show had gone the way of so many before it and since and was ended in 1999. But the show never truly died because its fan base was strong and dedicated and found ways to keep its memory alive with reruns, YouTube, downloads, and even airings on analog stations for those without cable. So it never really went away.

Like Joel, we all longed for something new… something fresh. However, the real issue was who would actually helm the Satellite of Love and who would “send him cheesy movies, the WORST they could find”? Mike Nelson, Bill Corbett, and Kevin Murphy had gone on to a new and highly successful comedy commentary show of their own called RiffTrax, and Trace Beaulieu and Frank Conniff had their own projects, as did Joel himself and Mary Joel Pehl. The band was separated and it didn’t look like there was to be a reunion anytime soon. 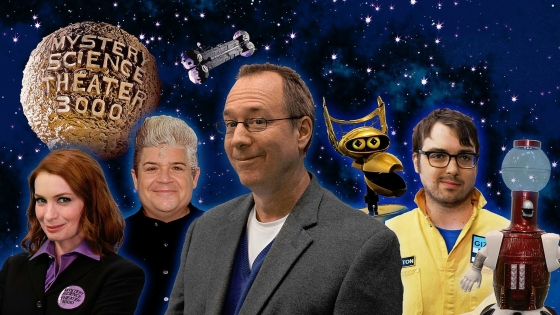 Five years later, after a few legal negotiations and work with Shout! Factory to distribute much of the classic library, Joel began his Kickstarter campaign to bring MST3K back to the masses. In November, Joel posted to the fans that 2 million was needed to fund 12 new episodes, and pay for the rights to those 12 films they’d need for their riffing duties. Within a week the goal was met and then surpassed to the tune of nearly 6 million total. Joel told the happy fans that 14 new episodes would run on NetFlix starting in April of 2017, and based on the response he would then determine if there would be a second season. Well, folks, April is here, and the news is excellent. 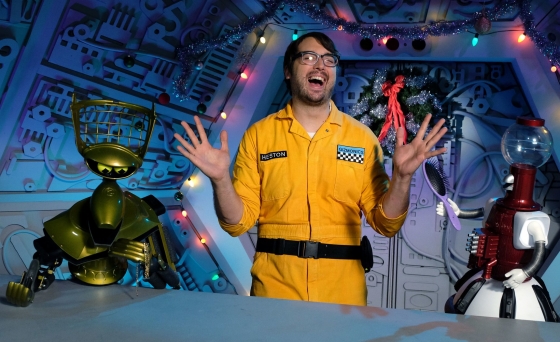 April 21st, Last Friday, NetFlix unleashed the entire 14 episode run. And there was much rejoicing. It’s new: Jonah Ray is the new test subject (best known for his Nerdist Podcasts), Felicia Day and Patton Oswalt play the new Mads (Kinga Forrester and TV’s Son of TV’s Frank, Max, respectively), and familiar to fans is the original bots, Crow and Tom Servo, voiced now by Hampton Yount and Baron Vaughn, and Gypsy now with a midwest croon voiced by Rebecca Hanson. But it turns out after just an hour of watching, it really doesn’t seem to take away from the love, fondness and enjoyment of the show knowing our old favorites aren’t anywhere to be seen. It’s the soul of the show that lives on, and it’s a good soul. 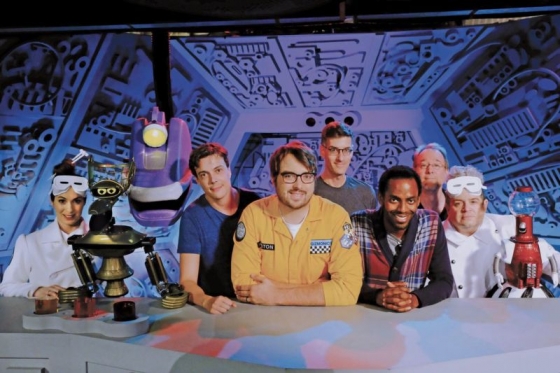 Though only three full episodes in at this writing, this author is thoroughly satisfied. Skepticism was natural from the opening skit (who is Jonah and how does he get wrapped up with the Mads and plunked unceremoniously on the Satellite of Love?) to the first view of the new silhouettes to the first riffs popping out of their sarcastic mouths. Worry was first and foremost. We LOVE MST3K, and we know what we like and dammit, we fear change!

Well, fears were abated, worries were calmed, and skepticism was dashed because the level of joy and the feeling of settling into a comfortable old chair returned immediately. Season 1 features 14 episodes, and yes, we will be watching them all. However, we do find it acceptable to base an opinion on three of them. And the prevailing opinion is excellent. Perfect? No. Are there issues? Yep. Are all the changes okay? Not really. But as we said in the previous paragraph, it’s the soul of the show that’s alive and it is a good soul.

We’ve read and seen many comments. Many, MANY comments. We have traveled from one side to the other in divisiveness, anger, downright irritation, love, and overt happiness. People are mad because Tom Servo can fly now. Well, fly more openly. Gypsy pops in during the movies and makes a quip. The song -though the same in structure- has new lyrics and a band. The Mads aren’t quite the same, and many just plain hate Patton Oswalt and Jonah Ray completely. We understand.

The jokes are faster, the talk is chattier, and sometimes things fall flat. It’s okay, it takes time. Look, we get it: it’s like resurrecting an old corpse that isn’t really dead but you want to dress it in nicer clothes and show it off to the world anew. It’s going to take baby steps and lots of attempts but it is off to a very promising and excellent start. The first three episodes are Reptilicus, Cry Wilderness, and The Time Travelers, and we figure if by this point you aren’t all in, well, you just might not be willing to give it its due diligence. And that’s fine. But trust us, it is just as funny as you remember, just as snarky, just as silly, and a lot of fun. Mystery Science Theater 3000 is back, everybody! We couldn’t be happier.