Grub > Sweets > The Mystery and Tradition of Fruitcake

The Mystery and Tradition of Fruitcake 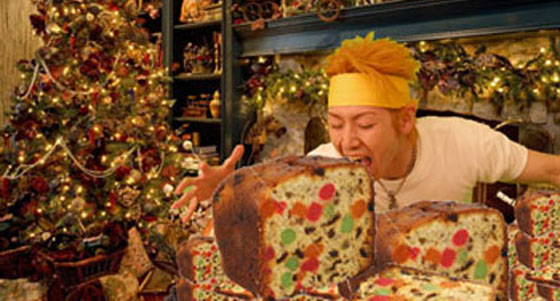 There’s a lot of crappy things you can get for Christmas. There’s ties and ugly sweaters. You can get socks or underwear. But the absolute worst has to be fruitcake. No one eats it because no one knows what’s in it. We just save it and give it to someone else next Christmas. Some even believe the same fruitcake has been going around since the very first Christmas. The wise men were said to have brought Jesus frankincense. We don’t know what that was either. For all we know frankincense could have been the Hebrew word for fruitcake. Although fruitcake will remain a mystery, it’s still a tradition, and to honor that tradition, we bring you this gallery as a tribute to fruitcake.