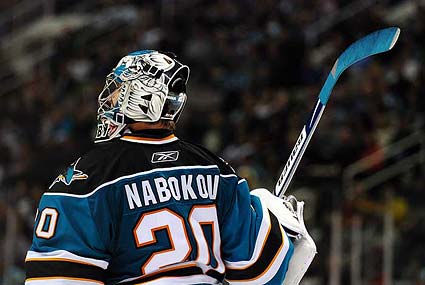 The Islanders can't catch a break...

Former San Jose goaltender Evgeni Nabokov was signed by the Detroit Red Wings from Russia’s KHL, meaning he had to pass through waivers before he could join his new club. The Islanders, desperate for help in anyway they could find it, claimed Nabokov off of waivers in hopes he could add some stability between the pipes. Upon hearing he was claimed by the Islanders, Nabokov refused to join the team. Currently, it appears he would rather stay at home and remain out of the NHL rather than joining and playing for the Isles.

Talk about complete disrespect to an organization.

It really is no surprise that Nabokov failed to clear waivers as his one-year, $570,000 contract was quite small for the services he could offer – especially to a struggling club such as the Islanders.

Nabokov has since made it clear that his intent of rejoining the NHL was to play for Detroit, and evidently Detroit only. Still, the Islander must be feeling pretty angry about how this whole situation played out.

Perhaps nothing better disrespects the Islanders than Nabokov’s quote:

“I was surprised they picked me up. I was like, wow, what’s the point?”.

For more details on this story, check out this article from ESPN’s Pierre Lebrun.