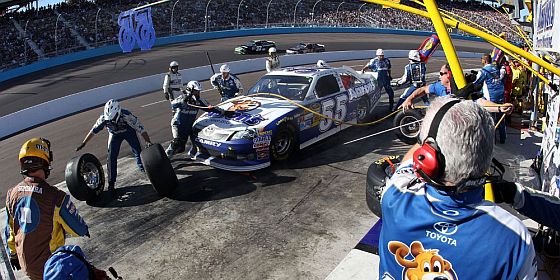 The rules for being a crew member for a NASCAR Sprint Cup team are really pretty simple.

Fortunately for us, one member of the Michael Waltrip Racing team ignored that final rule. Apparently bored by watching the tire spin at high speed on a jacked up car, the crew member decided to give it a kick. The end result was a crew member flat on his ass and a great blooper leading up to Sunday’s Daytona 500.