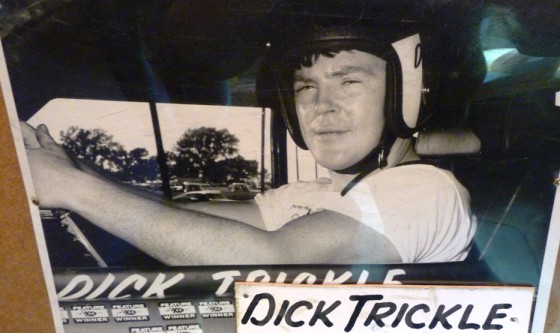 Reports of the death of NASCAR legend, Dick Trickle, are just being made public. According to WBTV in Charlotte, NC, Trickle was found dead from a self-inflicted gunshot wound around Noon on May 16th.

According to the Lincoln County Communications Center, they received a call from who they believed to be Trickle stating “there would be a dead body and it would be his”. Attempts to call him back were unsuccessful.

While this is certainly a sad end to a life, Trickle was an accomplished race car driver during his career and one of the sport’s most recognizable personalities. Thanks, in part, to his name. Every late night talk show host, radio show host, blogger and sports reporter had fun with his name. There’s more to the man than just his name, and his untimely death. For instance… 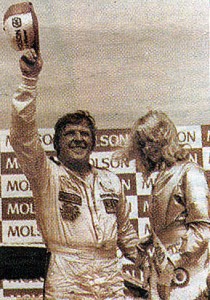 When he was eight years old, he was playing a game of tag with his cousin on the rafters of a house that was under construction. He fell two stories into the basement and broke his hip.

Since this was 1949, he was sent to the University of Wisconsin Hospital for treatment and therapy. The recovery was so slow that doctors threw in the towel and stated that he would be an invalid for the rest of his life. He spent three years in a cast from his waist to his foot.

While recuperating, he went to a race at Crown Speedway and fell in love.

Overcame Poverty To Begin His Career 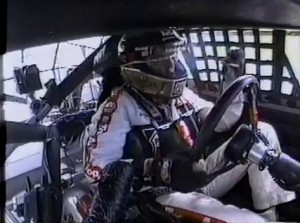 And smoking in his race car.

At age 13, his family was living on welfare and there was obviously no money for racing. He began working during his Summers for area farmers. He also spent time at the blacksmith shop that his father was a partner in.

I worked part-time at the shop to earn a nickel or dime,” Trickle said. “At that age, it was mostly sweeping the shop, but I started to play with the welder and soon I could make an arc and then weld. I started junking machinery. I save some things getting a head start for when I would go racing at 16. I didn’t have any money, but I had this pile of stuff to build a race car with. It was a hope chest.

When I turned 16, I let the farmer I was working for keep most the money I earned until fall. That fall I collected my money and went down Main Street wheeling and dealing. I finally bought a 1950 Ford in good condition for $100. It was going to be my street car, but the urge to race got too strong and I cut up and made a stock car out of it.”

I did run the car a little bit before I cut it up and I ended up drag racing a classmate, Melvin Hunsinger, who had a 1949 Ford. He beat me. It seems kind of dumb when I already knew there was a car that could beat me. Eventually, I bought Hunsinger’s 1949 Ford for $32.50 and put the motor in my car.

And we’ve got kids sitting on a street corner with Liberal Arts degrees complaining they don’t have enough money for Starbucks.

Made It To The Big Leagues 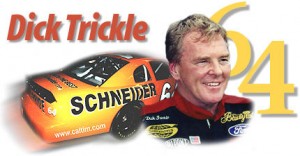 Trickle spent his youth on the local tracks of Wisconsin, earning a reputation for winning and eventually caught the eye of NASCAR teams.

In 1989 Trickle made his full schedule debut driving the #84 Miller High Life Buick for Stavola Brothers Racing. He had raced part-time throughout the 70s and the 80s. He was the NASCAR Winston Cup Rookie of the Year at age 48, he was also a Grandfather at this time. Needless to say, he was the oldest driver in the sport’s history to achieve this feat.

In 1990, he won the Winston Open, (now the NASCAR Sprint All-Star Race) a non-points event. He also won the only pole position of his career at the Dover Downs International Speedway.

His best career finish was 6th, also at Dover Downs International Speedway. All told, he competed in 303 NASCAR races alongside the best the sport had to offer. He never won an official points race, but he was a mainstay for many years. He will certainly be missed by legions of fans.

Our hats off to Dick Trickle, the man whose name gave reporters pause each and every week and gave kids around the world an excuse to say “Dick Trickle” in polite company.