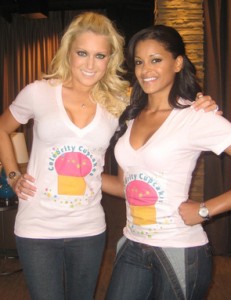 Natalie Gulbis is competing in the latest edition of Celebrity Apprentice. I have never been much of a fan of the show, but I did land on the channel the other night, and found myself watching nearly the entire episode. The cast is a fairly compelling group of characters playing for charity. Gulbis is just one of the pieces of eye candy on the show, but she is the only one to also be a professional golfer, and she also dressed up as Mizz Z. So in honor of her appearance on the show, we have a collection of photos of Natalie from both NBC and from Natalie’s own blog. Want to see more? You’re in luck, we have a gallery with 190 Natalie Gulbis Photos.