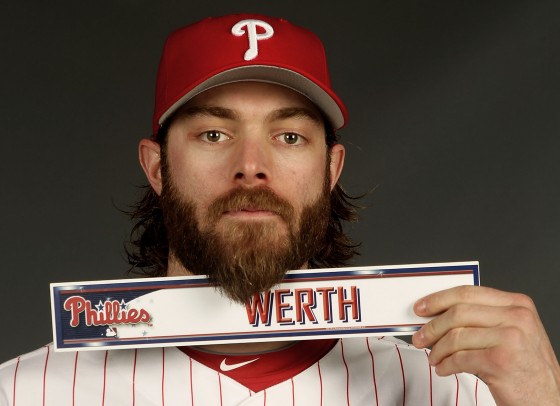 News broke on Sunday that one of the top outfielders on the MLB free agent market, Phillies right fielder Jayson Werth, had agreed to a deal. With the last place, and perennial laughing stock, Washington Nationals. Normally, no one would really care about this deal. “Good for them!” they’d say. “The Nats are signing someone to bring fans to the ballpark!” I mean, we all said that two years ago when they signed Adam Dunn. But there’s something different about this deal…most notably, the money.

Jayson Werth’s contract is for SEVEN years and $126 Million.

Werth is a good player. He’s not a superstar. He is most certainly not worth ONE HUNDRED AND TWENTY-SIX MILLION DOLLARS over the next seven years. That’s an average of $18 million a season. Looking at some contracts from the past few seasons, Werth’s is tied for the third highest among outfielders behind Manny Ramirez’s deal with Boston in 2001, Alfonso Soriano’s Cubs deal in 2007, and tied with Vernon Wells’ Blue Jays contract in 2008. Wells and Soriano have pretty much been massive busts, while Ramirez was a superstar in Boston. Ramirez was also 29 for the first season of that Red Sox contract, while Werth will be 32 for the first season of his Nationals contract.

When the opportunity comes up to pay a player who only has qualified for two batting titles in his career nine figures and give him a guaranteed job for seven years, its something you have to do. Huh? Nationals GM Mike Rizzo really has screwed over his fellow GMs with this contract. Whoever ends up signing Carl Crawford, a more complete, younger player than Werth, is going to have to pony up about $20 or $30 million more than they originally were going to, thanks to this deal. The whole market is a mess now. Adam Dunn’s four year, $56 million contract with the White Sox is looking great in comparison to this debacle. 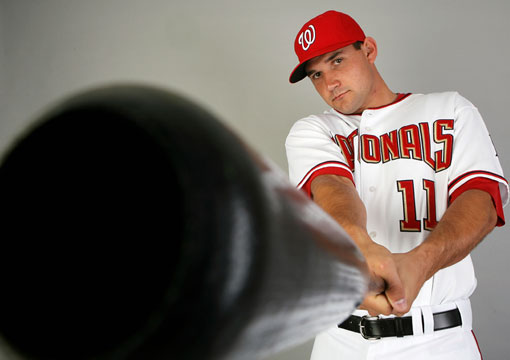 If there are any Nats fans out there (do you actually exist?), we hope you enjoy the next three years of Ryan Zimmerman, because he’ll probably be getting the hell off your team when his deal expires after 2013. Werth will be getting paid $18 million a season when a player like Zimmerman is the guy who will really deserve that cash.

On second thought…good job Mr Rizzo. We’re sure the Mets would love to sign Zimmerman to replace David Wright when his contract expires, and you just made it a hell of a lot easier for them to do it!