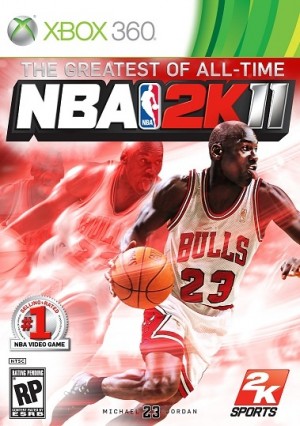 As a kid growing up and idolizing Michael Jordan, I always pretended I was him playing basketball. I had the jersey, the shoes, and even drank Gatorade after I was done playing hoops. When basketball video games would come out I missed the fact the Jordan was not in the game. If you were like me, you would go to the “create a player” section of the game and create MJ with an overall rank of 100. Now with NBA 2K11 from 2K Sports you don’t have to do that because MJ is back! NBA 2K11 has to be the best basketball game ever. It is not just because Jordan is in the game, but there are many great features to the game.

Even before I played the game on my XBOX 360, the trailer had me all pumped.  In the background you hear Sirius by the Alan Parson Project which was the opening for the Chicago Bulls when Jordan was on the team. From that moment on the game grabbed my attention and hasn’t let go even with the numerous times I have played the game. 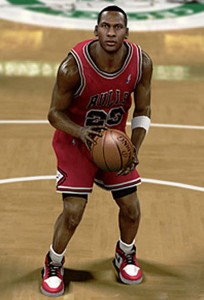 In the game there is a section called the Jordan Challenge, where you relive 10 different legendary MJ games and you have to replicate what Jordan did back in the day. If you complete all 10 challenges you then unlock the MJ: Creating a Legend Mode. The MJ Legend mode lets you control a newly drafted MJ as a rookie and you decide his fate in the NBA. For everyone who discusses who is the greatest team of all time you can challenge the teams of now like Kobe’s Lakers, KG’s Celtics, or LeBron’s Heat and put them up against the Bulls’ rosters from years 1985 to 1998. Another outstanding feature in this game is that you can unlock the entire line of Air Jordans that MJ wore in his career and add more attributes to your player when you are wearing them. For me, a guy that has over 80 pairs of Air Jordans, this is a must and I love the fact the gang at 2K Sports put this feature in the game.

Aside from having MJ in the game, NBA 2K11 has raised the bar on this game from their past games. You know that 2K Sports delivers quality games, but I like the fact that each year they make major as well as minor adjustments to all parts of their game to bring us gamers a better product each year. They have an all new IsoMotion dribbling control that lets the player have a more realistic feeling and reacting dribble that allows you to break some ankles while you drive to the paint and posterize your opponent. 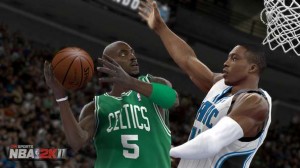 NBA 2K11 has the new dynamic shot control so that you can use the enhanced Shot Stick. The Shot Stick allows you to make different shot types from layups, jump shots, and dunks. You can even adjust your shot in the air just like MJ did many times. One example that will always stick out in my mind is the one he did against the Lakers that has become an iconic shot.

As you start your NBA career in the My Player Mode, you will be able to experience what a player goes through on and off the court. You start off by going through the NBA Draft Combine in order to get drafted by a NBA team. Once you are drafted you reach for success by climbing the ranks to make it to NBA stardom. Depending on how well you do, you can be asked to be in press conferences, sign endorsement deals, appear on magazines and billboards, even pull a NBA diva moment and request a trade. I do have to inform you that you will not be able to have a three hour TV special on what your decision will be and then have the owner of your ex-team sell your Fatheads for a low low price as in the LeBron and Dan Gilbert fiasco.

NBA 2K11 also has a great feature called the NBA Today 2.0. This feature lets a gamer see the NBA like never before. You can get a full recap of your game highlights as well as real NBA highlights from around the league. The on court experience delivers a real deal feel to the game with sound, outstanding graphics, a smarter fan base and crowd for each game, new commentary, and new player emotions that are taken from each individual player. The Association mode makes sure that you are not able to make trades that would not happen in real life, there are draft day trades, and much more to make sure that your season will feel like you are the GM of a real NBA team.  Please note that I would not put that on your real life resume, unless you know the person that will interview you is a gamer! 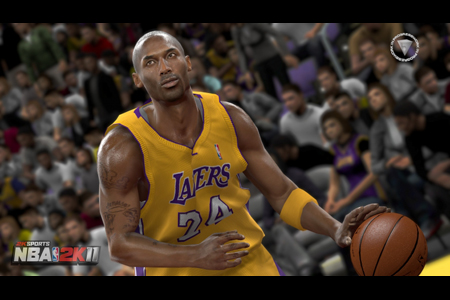 This game has improved in every way from last year and to me NBA 2K10 was an excellent game. From adding MJ, new and improved shot selection, player modes, and a superb soundtrack you will have a hard time putting this game down. Awhile back when the whole LeBron James drama was going on and Jordan was asked his feelings on the situation and how the Heat were building a strong team, an almost “dream team”.  Jordan did have his thoughts about how the NBA is today and how it was when he was playing. When I heard that interview I thought to myself, what would it be like if MJ was playing in his prime now against the Kobe’s, LeBron’s, and Carmelo’s . Well NBA 2K11 has allowed me to see and experience that notion first hand. So I want to thank the people of 2K Sports because this is a basketball video game I have wanted to play as a kid when I wanted to be like Mike! Check the 2K Sports website to purchase the game and see all the many great things that NBA 2K11 has to offer you. The only concern that I have for 2K Sports is what will they do for NBA 2K12 to improve NBA 2K11?