NBA Cracks Down on Flopping 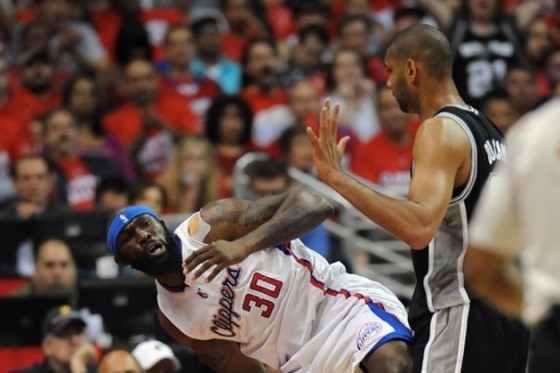 On Wednesday the NBA finally addressed the biggest challenge the league faces in 2012. Not the competitive imbalance between the haves and have-nots in the league. Not the ability of high-profile players to force trades to teams of their choice. No, finally tired of mockery from announcers, fans, and comics, the NBA decided to make an effort to remove the that scourge known as “flopping.”

Flopping, or faking injuries after contact, has long been an NBA staple, but in recent years it has increased to an epidemic. It is rare that a quarter goes by where some player doesn’t find himself on his butt after another player comes near him. These constant pratfalls have fooled officials often enough that the league itself has imposed fines to try to dissuade players from continuing the practice.  After a warning for a first offense the NBA will impose fines up to $50,000 and even suspend repeat offenders.

The effectiveness of this new policy, which we hope comes to be known as the Divac Rule, has yet to be determined. Here’s a fond farewell to the great acting of basketball floppers.