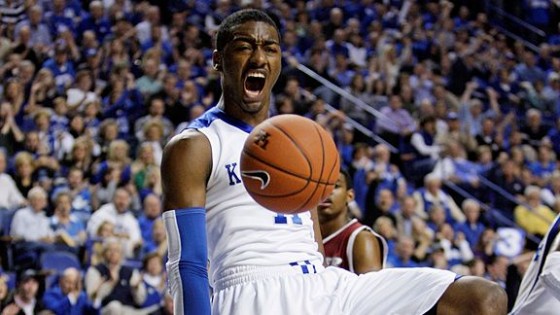 With the first pick in the NBA Draft...

The NBA Draft will smack yo’ ass via the hand of the Worldwide Leader on Thursday night and we figured, after picking up the ratings on the NBA Finals, it might do the Gunaxin faithful well to offer a quick, Cliffs Notes-style overview.

(NBA commish David Stern would tell you the Finals were FANNNNNNtastic… I’d note they pulled a smaller audience than we witnessed for the NFL conference championships and would suggest beauty is in the eye of the detached, non-invested beholder.)

(NBA Draft week from The Basketball Jones… the kings of the NBA blogosphere.)

We want to help you avoid the all-too-obvious “Did ya’ clean your vagina this morning?” jokes at the water cooler on Friday… no one wants to start the weekend with a demoralizing attempt to justify your manhood. We’re here to help.

Three Rules for Understanding of the 2010 NBA Draft 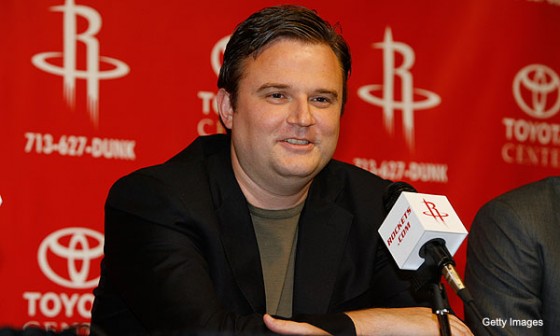 Don’t Believe Anything You Hear About Minnesota, Memphis, or Houston

The Timberwolves (that would be Minnesota) and the Grizzlies (Memphis) own multiple picks in the first round of this year’s Draft. The both teams have three selections in the first round – the Wolves sitting with #4, #16, and #23 while the Grizzlies are sitting at #12, #25, and #28 – and as such there is no telling what in the hell they will end up doing on Thursday night. They are blessed to have options, they are cursed with rosters that do not compete (much less draw fans), and they have owned so many top draft picks over recent seasons and have done so many different things with those picks that their situations lack any sense of clarity or certainty moving forward.

As far as the Rockets… they are run by Daryl Morey, the NBA’s mastermind believed to be equal parts Bill Belichick, Steve Jobs, Bill James, and Stephen Hawking. Let’s not get too deep into it but realize this: he is ahead of the curve, he has commodities to deal and money to spend, and the only thing you can guarantee about his work is that it will be viewed as innovative genius in a year. 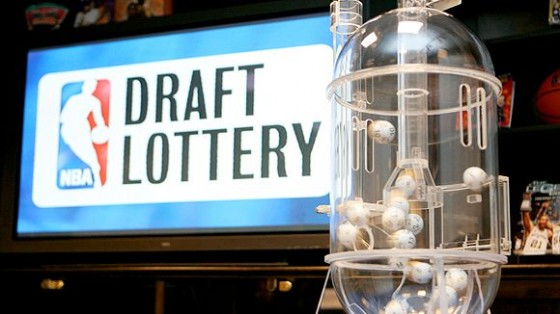 Understand there are plenty of teams that do an outstanding job of identifying, analyzing, and pursuing talent, but many of those teams struggle to translate the talent to success. In truth, NBA teams are rarely built from youth. This can be done in baseball (the Tampa Bay Rays, the Florida Marlins, the Colorado Rockies), in hockey (the Chicago Blackhawks, the Vancouver Canucks, the Buffalo Sabres), and in some cases, in football (the Philadelphia Eagles, the Baltimore Ravens, the Indianapolis Colts).

It can’t be done in the NBA.

To help paint the picture, consider this article put together by Kelly Dwyer at BallDontLie.com (the NBA blog for Yahoo! Sports) last season, listing the top ten NBA general managers of the last decade. Of the ten GMs listed, only FOUR are lauded for decisions made in the NBA Draft – Daryl Morey in Houston, (#10 on this list, a crime considering the same blog named him as the 2009 Executive of the Year), Mark Warkentien in Denver, Kevin Pritchard in Portland, and R.C. Buford in San Antonio. The rest are tabbed with names acquired via free agency or trade – Pat Riley in Miami, Mitch Kupchak in Los Angeles, Otis Smith in Orlando, Danny Ainge in Boston, Donnie Nelson in Dallas, and Joe Dumars in Detroit.

Most of those coaches receive more praise for finding lost gems other teams have failed to utilize properly. Performing well in the Draft has helped but it certainly hasn’t been as vital as you might expect. 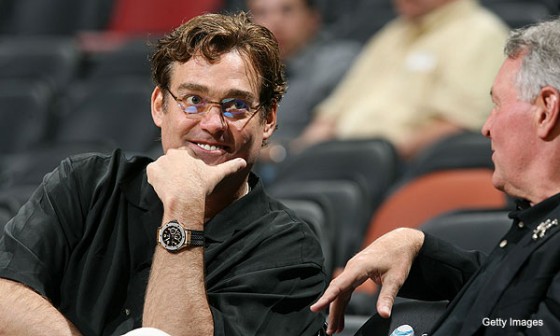 R.C. Buford, the Unknown Gandalf of the NBA

(R.C. Buford is the exception to that rule. He was the top man on the BDL list, he is one of only three GMs from that group with a championship ring, and the bulk of his team’s success has been built on players drafted and groomed from within. As BDL points out, there is debate to be had concerning Buford’s impact – he wasn’t the GM when Tim Duncan was drafted in 1997 – but facts are facts.)

There Are Three Tiers In Every NBA Draft

You will find roto geeks (like myself) rely on this structure, defining players as a system of commodities to be classified in groups of value. Players in Group A are comparable wagers and thus carry equivalent value that is easily defined and separated from Group B. In the world of the fantasy sports nerd, these are normally referred to as “value tiers.”

Every NBA Draft has three tiers.

Group A: The Elite Player
This year Group A is comprised of point guard John Wall out of Kentucky (go to the newsstand… see that guy on all of the basketball rags? THAT is John Wall). Washington will take him with the first overall pick. This is the only guarantee of the NBA Draft.

(Note: There are some that might argue this tier can be filled by two players. Those folks might put Evan Turner, guard out of Ohio State, or maybe Derrick Favors, power forward from Georgia Tech, on that level. Those folks are wrong). 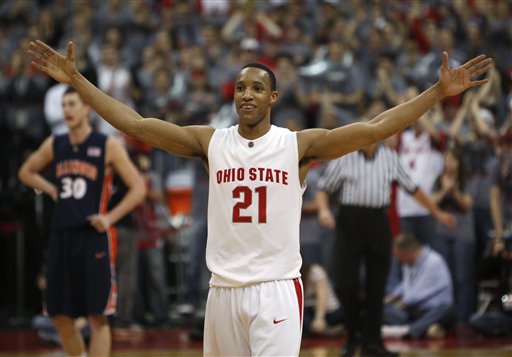 Evan Turner, The Leader of Group B

Group B: The Best of the Rest
This year Group B is filled by a list of approximately six, possibly seven, players. These are players generally referred to as “lottery picks” (in other words, they are players selected by the teams who were part of the ping-pong ball lottery held by the NBA to determine the first 14 spots in the Draft).

In case you missed that, we are giving you seven names worthy of being in Group B to fill 14 lottery picks. That’s how life in the NBA works… being a lottery pick doesn’t really carry much respect any more. 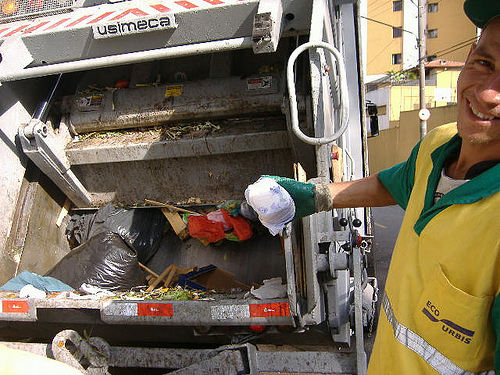 And that brings us to Group C...

Group C: Prayers
This year Group C is filled, as it is every year, by a bunch of kids no one can trust. They may be superstars. They may be future car salesmen. We don’t know. We do know (a) most will fail miserably, (b) those with a true shot of making NBA careers will be selected by same teams and NBA general managers that ALWAYS find these guys (R.C Buford in San Antonio, Daryl Morey in Houston, Kevin Pritchard in Portland, Mark Warkentien in Denver), and (c) they will all make too much money to care.

To translate… once Ed Davis is selected, you can switch over to the DVR and watch something of worth.

2010 Group C: Everyone selected after Group B

For quality coverage of the NBA Draft, we support your patronage of the following sites: