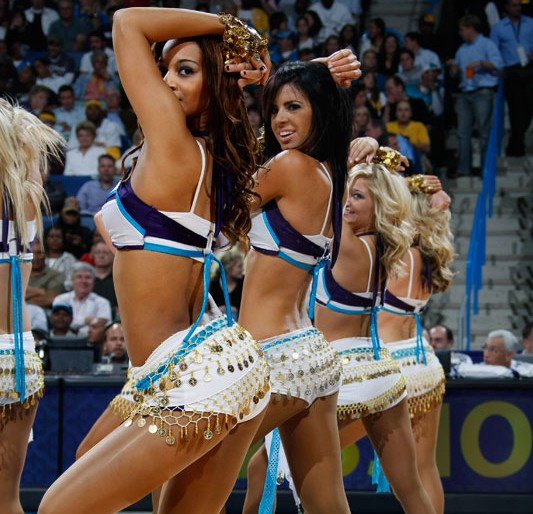 Every time you turn on the TV and they’re talking about the National Basketball Association, you’re sure to hear about three things: LeBron James, The Miami Heat and… LeBron James. But finally there is news around the league that has nothing to do with the NBA’s most hated man and team.

Nope. The lowly New Orleans Hornets are making all the headlines these days.

With the team known to be in financial trouble, NBA Commissioner David Stern announced the NBA is proceeding with the purchase of the New Orleans Hornets.

This is quite a unique situation that reminds of when Major League Baseball purchased the Montreal Expos earlier in the decade only to move the team to Washington to become the Nationals. And the Hornets moving from New Orleans to somewhere more lucrative has been in the rumors for years already.

Stern is saying all the right things and is said to be firm on keeping the team in the Big Easy for the foreseeable future, but I wouldn’t trust Stern as far as I could throw him. Which isn’t far, I’m a weakling. 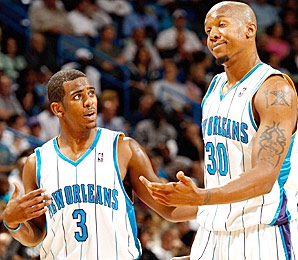 Besides, I don’t remember Stern doing too much to prevent the SuperSonics from leaving Seattle a couple of years back. And that was a team with a very loyal fan base. New Orleans struggles to sell 10,000 seats at most home games.

Will they be moved elsewhere? No one knows for sure, but it would shock if they actually stayed in New Orleans.

One thing we do know for sure is superstar point guard Chris Paul has zero chance to be traded now. That would make the franchise less desirable to future owners and that just isn’t good business (though there are some owners that might prefer to part with Paul and his $14 million-a-year contract moving forward).

So where is a likely landing spot if the franchise were to be moved?

Las Vegas always seems to come up, but I still find that highly unlikely. Kansas City and Anaheim have come up in rumors as well and I’m sure either of those cities would be ecstatic to have the NBA roll through town.

But if I had to take a guess, I’d say Seattle. That city is still angry about losing the Sonics and rightfully so.

This is why I see them garnering the most support for a future owner looking to line his pockets. Are you listening, Steve Ballmer?