Media > Movies > Netflix Should Be Ashamed of Itself

Netflix Should Be Ashamed of Itself 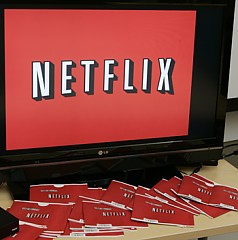 Yet another source of delayed gratification?

So, I heard about this idea the studios had, the one about delaying new releases from hitting Netflix and Redbox for a month, and that Redbox was suing while you, Netflix, were perfectly willing to go along with it if they cut your costs.

Seriously, this is just cruel.  We all know that anybody who actually wants the movie but doesn’t want to pay for it will just torrent it from somebody who rips the DVD the day of release.  We also know that everybody else will just wait the month instead of shelling out twenty bucks, especially since most movies suck anyway.

But exploiting the studio’s sad, pathetic ignorance of this fact that’s obvious to anybody who isn’t some studio executive dumbass just to cut your costs?  That’s horrible.  That’s utter exploitation.  It’s not like they’re driving movie tickets relentlessly upwards or, um, trying to force crappy movies on us, or…huh.

You know what?  Never mind, guys.  Screw them without lube, with our compliments.