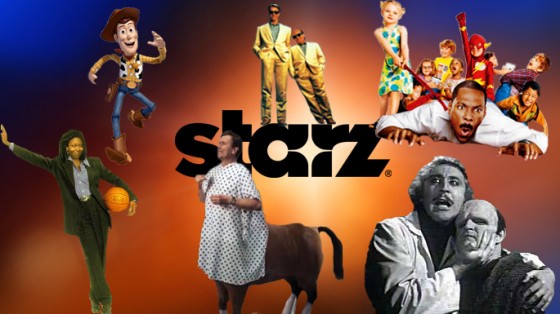 In kinda sorta old news, Starz will officially end its deal with Netflix Streaming tomorrow, which means you have only two short days remaining to watch Mars Needs Moms, The Minx, Savage Lagoon, My Brother the Pig, Wieners, Kazaam, The Happy Elf, Bob the Butler, Battlefield Earth and countless other shitty flicks that weren’t in your queue.

In all seriousness, it does suck for Netflix customers (like me) who don’t subscribe to the archaic mail delivery service. However, Starz served its purpose by helping draw attention to instant streaming, which is of course the future (and present) of content delivery.

Starz obviously wanted a bigger piece of the pie, but Netflix wasn’t going to break the bank for the right to show Dying Young and Airheads. Unless Starz takes a page from HBO and launches their own streaming service, they will suffer a major hit without an online presence. Let’s face it, besides Spartacus, Boss and a small number of quality films, there’s absolutely zero reason to pay for Starz.

As for Netflix, the void will be partially filled by Dreamworks movies, beginning next year, and several other agreements with current and old TV series. They have also begun delivering original shows like Lilyhammer, available now, and House of Cards, set to premiere in 2013.

Still, not being able to watch Jack Burton whenever I want makes me weep.