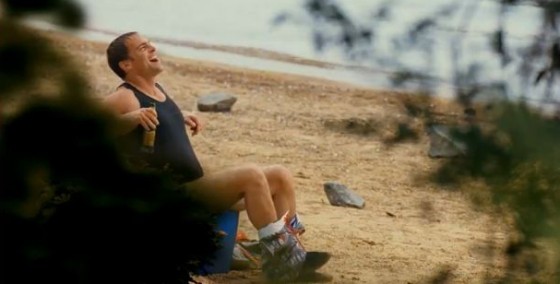 The fourth (and hopefully final) American Pie movie, American Reunion, has a new trailer. Unfortunately, it does little to ease my concerns that this will end up being another Grown Ups, i.e. unfunny and a complete waste of money. The sex jokes (come so bad, be her daddy, Ricky Martin) feel like retreads from the late ’90s, which is probably on purpose, but that’s not an excuse for flat writing. On the bright side, Stifler poops in a cooler (because he’s still incorrigible), and the song “Closing Time” can be heard.

Every time I hear “Closing Time” I can’t help but think of this: