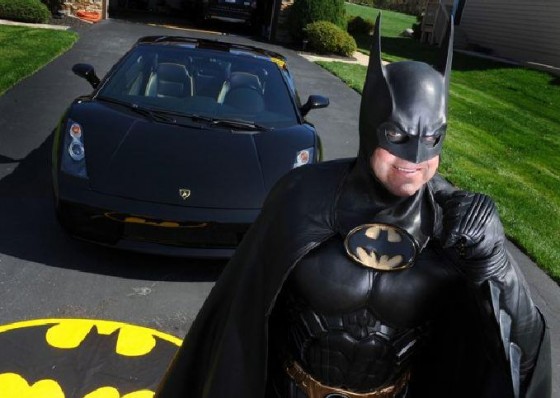 Remember the Lamborghini driving Batman that was pulled over in the D.C. suburbs for driving without a license plate back in March? We told you all about his story of how he visits sick children in the Hospital with his charity, Superheroes for Kids. We’ve been following our local hero ever since, and with the new movie hitting theaters, we figured it was time we gave you an update. The caped crusader, Lenny B. Robinson, has recently secured a NEW Batmobile. You may recognize it as the one from the classic 60’s television show: 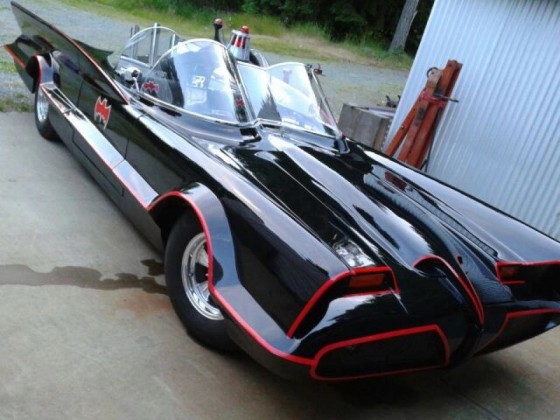 Apparently he custom ordered this beauty 3 years ago, and traveled to British Columbia, Canada in the end of June to pick it up. They call it the Anti-Crime Roadster and you can find full specs and details on the vehicle direct from the source, Unique Movie Cars & Props. That site is kinda crappy, but the detailed list of what is included in this vehicle is absolutely insane. Check out the photos below of this amazing piece of machinery:

So what is Lenny doing with his new Toy? Taking it on a cross-country road trip to visit kids of course! Check out the itinerary for the BAT TOUR:

Over the next couple of days, he will be making a BAT TOUR through Victoria, Canada and surrounding areas. He will also play a special part for various events on Canada Day, July 1st. Beginning July 2nd, Batman will travel into the United States and begin visiting children’s hospitals from West to East Coast.

Here are just a few photos from the stops they’ve made along the way:

I don’t know that I can think of a better example of a dude with money, coming up with a better way to spend it. There is just one problem of course… his costume doesn’t fit the era of his new Batmobile. However I think we’ll let that slide, since we don’t really want to see him posing in tights. 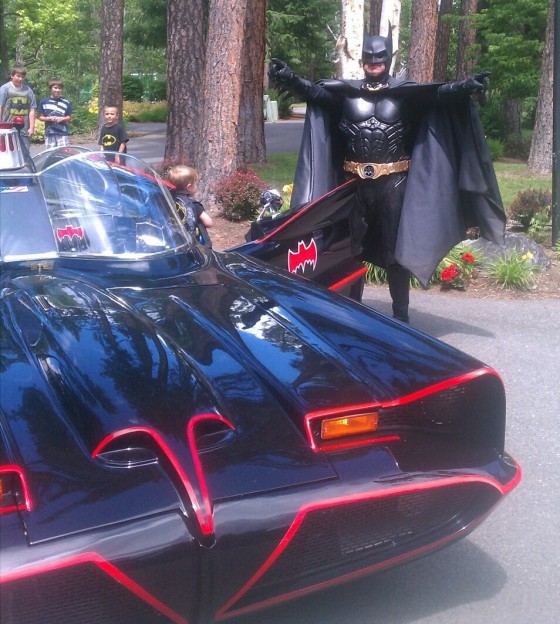