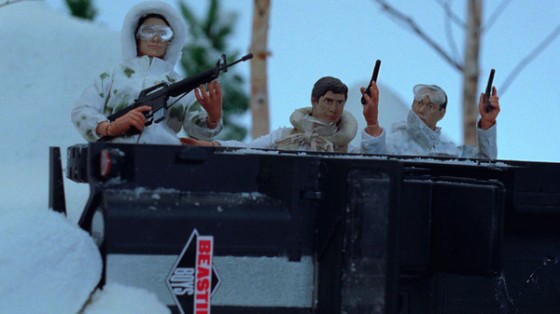 Director Spike Jonze and hip hop icons the Beastie Boys go together like peas and carrots. The two creative powers have collaborated to produce six music videos, most famously on the 1994 ’70s/’80s cop spoof for the song “Sabotage.” Their latest is an action-packed thrill ride starring GI Joe figures for the track “Don’t Play No Game That I Can’t Win.” Think the ski-chase scene from Inception meets the horror flick Dead Snow done in the style of Robot Chicken. It oozes all kinds of awesomeness.

[Via Funny or Die]