New Cast Photos from The Hobbit

With the first film of Peter Jackson’s The Hobbit (“An Unexpected Journey”) project getting closer to release every day, we’re getting to the point where news is coming from the set in New Zealand. In the last two days we have seen a new production diary on Jackson’s Facebook page giving us a tour of Middle-Earth as well as cast photos of Thorin and his band of twelve dwarves.

For those who never read The Hobbit, well, you should do so now. But if you’re too lazy, the premise of the story has Gandalf asking (somewhat) Bilbo to join a proposed expedition to The Lonely Mountains to find a secret door. Sounds simple enough, except for the fact that he first invites thirteen dwarves into Bag End to plan for the journey.

The good news is that none of these characters are being cut out of the film and we now have cast photos of them. Let us take a look, shall we: 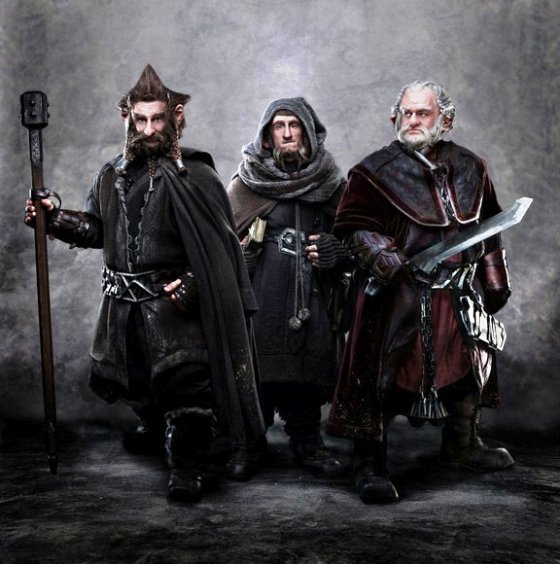 From left to right we have Nori, Ori and Dori. If you think that’s confusing and easy to mix up, just wait… it gets better. These three brothers, all sons of the same mother, could not be more different from each other. Dori, the oldest, spends much of his time watching out for Ori, the youngest; making sure he’s not caught a chill or got himself killed by Wargs or Goblins. Nobody quite knows what Nori gets up to most of the time, except that it’s guaranteed to be dodgy and quite possibly, illegal. Dori, Nori and Ori are intensely loyal to each other – and while they are perfectly happy fighting among themselves, woe betide anyone who means harm to one of these brothers. 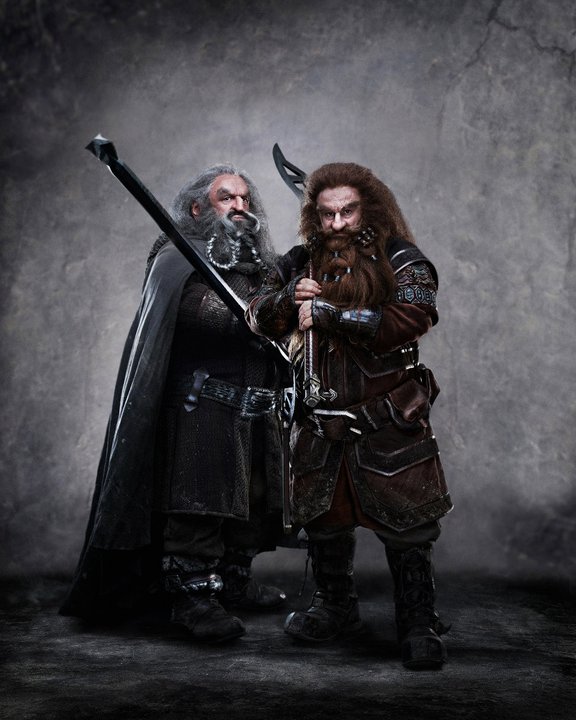 Next up we have, from left to right again, Oin and Gloin. Distant cousins of Thorin Oakenshield, these two doughty Northern Dwarves join the Company out of a sense of loyalty to their kin, and also because they have a substantial sum of money invested in the venture. Along with Bombur, Gloin is the only other married dwarf in the Company (there being a shortage of female dwarves in general). His wife is an acclaimed beauty with a particularly fine beard. Gloin is the proud father of a young son, Gimli, who will go on to become part of the famous Fellowship of the Ring. 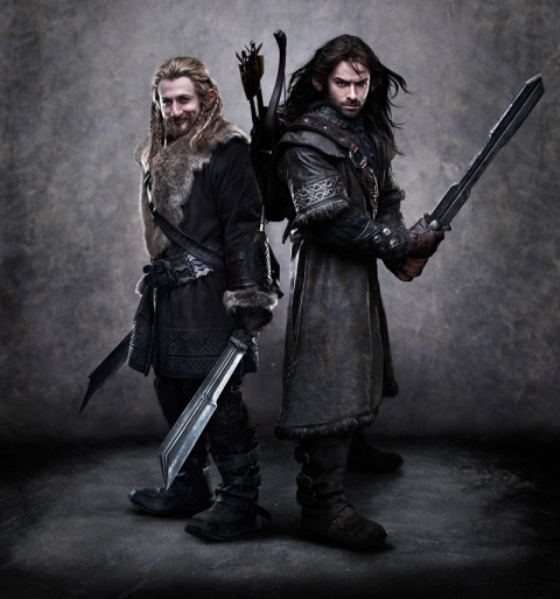 Here we get our first look at Fili and Kili — more easily confused names. A pair of my personal favorites from the novel, Fili and Kili have been born into the royal line of Durin and raised under the stern guardianship of their uncle, Thorin Oakenshield. Neither has ever traveled far, nor ever seen the fabled dwarf city of Erebor. For both, the journey to the Lonely Mountain represents adventure and excitement. Skilled fighters, both brothers set off on their adventure armed with the invincible courage of youth, neither being able to imagine the fate which lies before them. 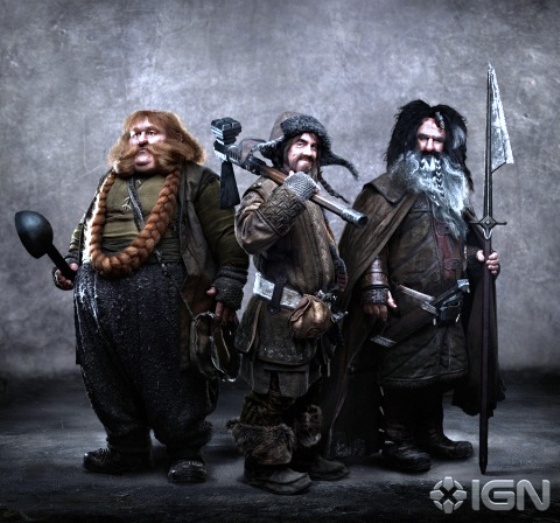 The final set of photos we have, courtesy of an IGN exclusive, is of Bofur, Bombur and Bifur. While most of the Company of Thorin Oakenshield is related to the royal and noble line of Durin, Bofur, his brother Bombur and their cousin Bifur most definitely are not. Born and bred in the West, descendants of coal miners and iron workers, they have joined the Quest for the Lonely Mountain partly to seek their fortune and partly because they were told the beer was free. My kind of dwarves.

It’s quite exciting seeing this film materialize right before our eyes after years of bickering, fighting and lawsuits. But, as expected, Peter Jackson’s interpretation of these first ten dwarves is nothing short of remarkable. Personally, I can’t wait to watch them in action. Perhaps seeing them on film will make it easier for the non-readers to memorize the names and keep them separate. That was quite difficult to do the first time I read the legendary tale as a sixth-grader.

But wait, the preview isn’t done yet! Something that makes Peter Jackson better than most big-time directors out there is his willingness to share what’s going on behind the scenes. The special features on the Extended Edition’s of The Lord of The Rings Trilogy should be proof enough, but this time he is sharing much of this with us for free via The Hobbit’s official Facebook page. For the second time, he has released a new production diary that will have fanboys drooling for more. Take a look below. I dare you not to get excited.

While December 14, 2012 can’t get here fast enough, thankfully, Peter is going to give us nice previews of the goings-on in the making of this epic. Stay tuned to Gunaxin as I plan on keeping everyone up to date on all major stories in the near and distant future. 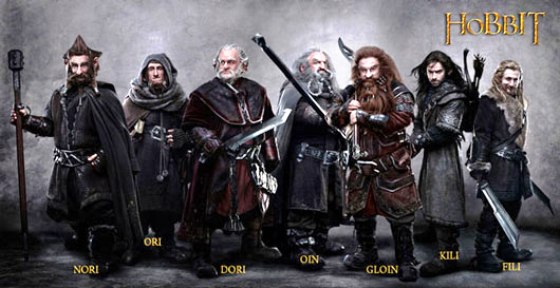