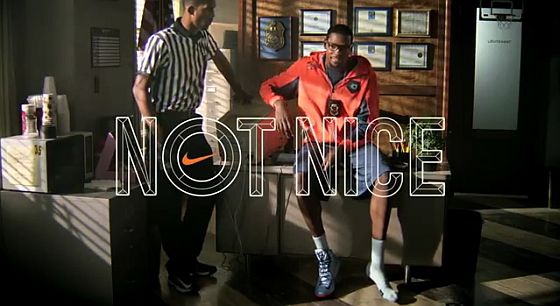 Kevin Durant has a reputation as one of the NBA’s nicest guys thanks to his friendly demeanor with fans and the media. Nike and Foot Locker have taken advantage of that reputation to create a string of commercials for his new shoe. In the latest, a police detective is on the lookout for a basketball player named KD, who is guilty of viciously dunking on opponents.

Durant better watch out that he keeps his reputation intact, or he might get an offer to appear on the next season of Breaking Bad.