Humor > Pop Culture > The New Face of Terrible Comedy Will Be…

The New Face of Terrible Comedy Will Be… 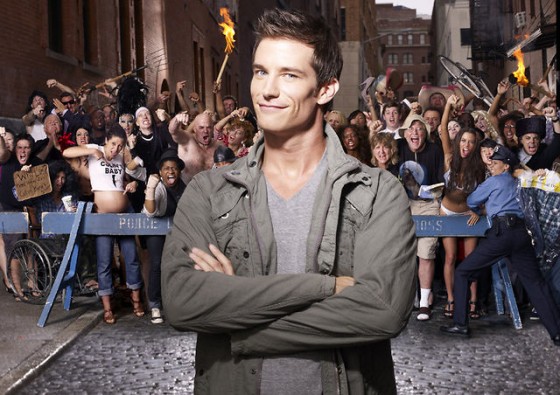 If you don’t know that mug up there, we’ll save you the suspense — it’s Colin Kane. Colin Kane will be the new face of terrible comedy. Why? Well, for starters, consider that his act is essentially this:

Yup, Colin Kane possesses all the finest qualities of the three aforementioned gems, so that smirking face at top may very soon grace the proverbial poster of piss-poor comedy.

If Twitter sentiment is any indication, Mr. Kane is well on his way. His tweets are particularly egregious not so much because they are 95% misogyny and racism, but because they are void of anything resembling humor or creativity. The best part is that his more than 18,000 followers are quick to defend him with the trite “free speech” and “If you don’t like it, you just don’t have a sense of humor!” arguments. Kane’s fans are seemingly unaware that people dislike him because his shtick is supposed to be “shock humor,” yet he’s never explored anything that hasn’t been exhausted by many comedians before him.

You tell girls to “get the fuck out” of bed the morning after?!? Blaze that comedy trail, you second coming of Carlin!

Still, Kane’s fanbase is growing quickly and will continue to do so, because people will always respond to such an energetic performer. And there will always be an audience for racist/sexist comedy, regardless how vapid.

As the audience grows, though, so too will the detractors. They’ll always be there to call him on his hackneyed jokes and faux edginess, and Kane will follow the Cook trajectory to become the fresh, mischievously grinning face of terrible comedy.