It’s taken a while and spell check still hates the hell out of the title, but Inglourious Basterds has finally come up with another trailer for Tarantino’s latest war epic. The Weinsteins are releasing the picture and hopefully don’t fall into bankruptcy before that time. Actually, not sure many people actually like the Weinsteins and their notorious traits of holding movies (cough…Fanboys) and/or re-cutting foreign films (Harvey Weinstein is reportedly attempting to cut out 40 minutes of this one too). And no one wants to see anything that would make Inglourious Basterds a lesser film. Check out the trailer and international poster below: 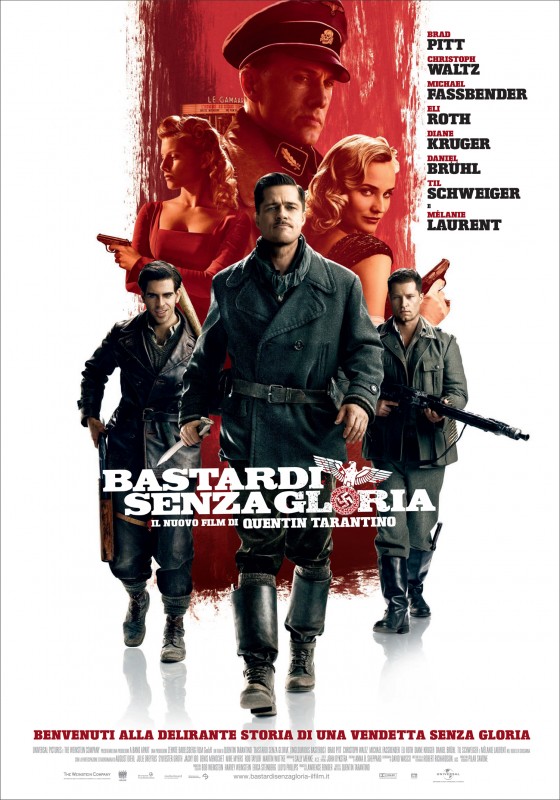