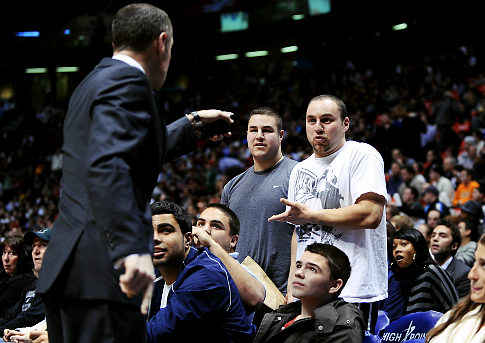 The New Jersey Nets sure love to lose. Whether or not they walk away with a number one draft pick is yet to be determined, but their efforts to bring back fans are unorthodox at best. On Monday night, Nets’ CEO Brett Yormark lost his cool when he left his seat to belittle a fan for wearing a paper bag over his head during the team’s loss the Miami Heat. Yormark is usually referred to as one of the good guys, with his repeated efforts to draw fans and spark interest in his sad-sack franchise. He’s going to have some about face work to do after this mishap. 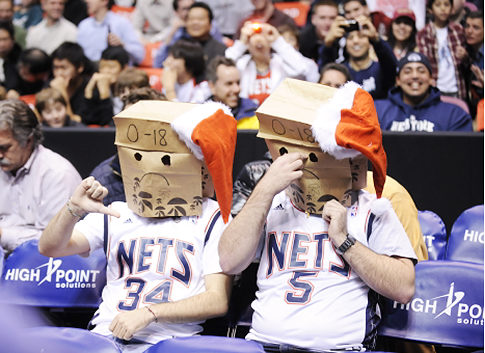 New Jersey’s woeful 7-63 record is certainly blowup worthy, but you might want to focus those frustrations on the team’s terrible play… not the few people that actually come out the games. Nets’ “fan” Chris Lisi was approached by Yormark and was seen jabbing his finger towards Lisi during their exchange.

A Yormark spokesperson said the executive had no comment regarding the incident, but Lisi claimed that Yormark had incited it by asking him why he had the bag over his head. When Lisi sarcastically answered, “Because the Nets are so good,” Yormark snapped at him. Neither Lisi nor his companion, who joined in the shouting match, is a season-ticket holder, and they seemed to be unaware of whom they were arguing with. 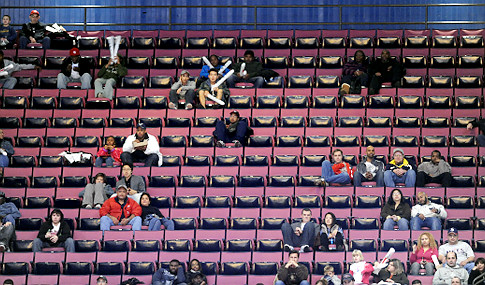