Media > Movies > The New Moneyball Trailer Is (Sort Of) Inspirational

The New Moneyball Trailer Is (Sort Of) Inspirational 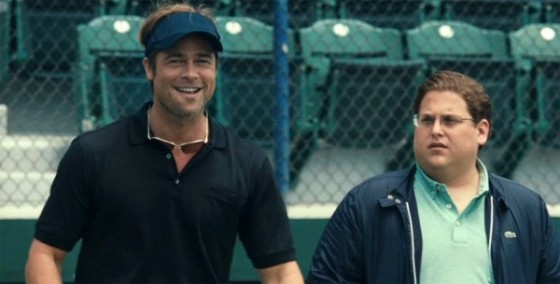 Last week the first trailer for dreamy Brad Pitt’s new movie Moneyball was released. It was incredibly lame, so I waited until this alternate version popped up on the interwebs yesterday. Actually, this one is kinda lame too, but it does have better music and a blatant Pepsi product placement.

For those unaware, it’s based on the true story of Oakland Athletics General Manager Billy Beane’s (Pitt) system to extract maximum value out of his roster in a sport ruled by wealthy franchises. In short, it’s about a couple math nerds who figured out a way for the small market A’s to compete with juggernauts like the Yankees and Red Sox.

On the surface, it sounds like another inspirational sports movie about the little guy overcoming extreme odds to do the unthinkable and win a world championship. Only problem is the A’s have won precisely ONE playoff series since Beane took the reigns and haven’t qualified for the postseason since 2006. If you enjoy movies that inspire people to reach new heights of mediocrity, then you’ll love Moneyball.