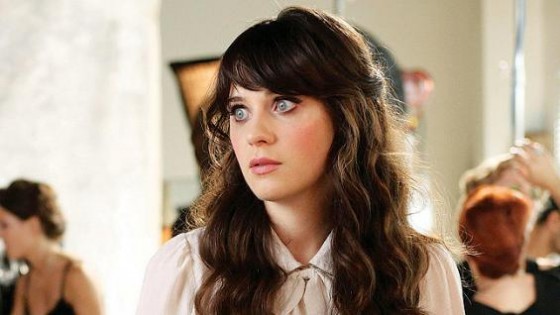 Move over Zooey Big Eyes. Your show has been fixed.

As you may or may not know, we’re right in the middle of premiere season for network television. There seems to be eleven new shows debuting every week and most viewers aren’t aware of them or have no idea what they’re about. Most of the time the premise is broad, like “looking for love in the big city.” That can turn out to be funny — see How I Met Your Mother. But most of these shows will fizzle out.

I know that ABC, CBS, FOX, NBC and CW have a lot of content restrictions so it’s tough for the shows to compete with networks like FX, AMC, HBO and Showtime. This is why they need to get creative in their pitches. Let’s look at a few of the new shows and come up with a better idea for a show based solely on the title.

Easy. Serial Killer sitcom. Every week your three favorite serial killer bachelors lure an unsuspecting “new girl” to be their roommate. The gimmick, one of the guys always falls in love with the “new girl.” Hilarity and hijinks ensue. Dark? Sure.

A story of out of work NBA stars with nothing but time and money on their hands. Follow them on their trips to Thailand where their interests are, I know what you’re thinking, primarily sexual. Remember Starbury’s 72-hour drug induced UStream? This will be just like that. Everyone loves a good train wreck.

This one seems to easy, right? How did NBC get it so wrong? Who cares about the mob and aging bunnies? The new show is all about the audition process. The cutthroat bunnies-to-be will do anything to wear the logo.

How to be a Gentleman:

More like, How to be a Gentleman… caller. A show about gigolos. Deuce Bigelow was only mildly amusing. You hire the right cast to be your gigolos and this show can run for years. Every week new complications arise for how to properly romance a lady. I actually think you can keep the same cast as the actual sitcom. Dave Foley, Kevin Dillon and Rhys Darby are the perfect male hookers.

Do we have to do everything for you networks? You take a show about flight attendants in the ’60s and not one mile high club reference? Ugh. Here’s the pitch: four lovely young ladies that appear to be flight attendants are actually part of a secret organization designed to stop terrorism 30,000 feet in the air. Think She Spies meets Strike Back.

A new world where we go back in time to fight dinosaurs with new technology? Seems decent, although I say we cut the time travel. A group of super-dinosaurs form and start to take over! Wait. That sounds terrible. This network premise is right on, it’s just executed poorly.

Can we get a higher stakes singing show? It sounds like it’d be more hardcore, but it’s not. I say the number of judges that don’t like you equals, say, the number of bullwhip hits you take. This will keep a lot of delusional “singers” who just want five minutes of fame off my screen.

It’s hard out there for a female cop, guys! I say we make it harder. She’s a brilliant detective but she’s crippled with all sorts of addiction. In the original, Helen Mirren was an alcoholic. Let’s take that up a notch and make her a cocaine and sex addict! Chuck Palahniuk will write the show. It’ll be edgy and awesome.

The government can see everything and Ben Linus can predict who’s a criminal. I liked this show better when it was a movie called Minority Report. I say we make it more like Wanted. A group of assassins and gangsters use the same technology for nefarious means! It can look a lot like Shoot ‘Em Up — graphic novel style.

You know what? These shows all sound terrible but be honest, you’d watch them.