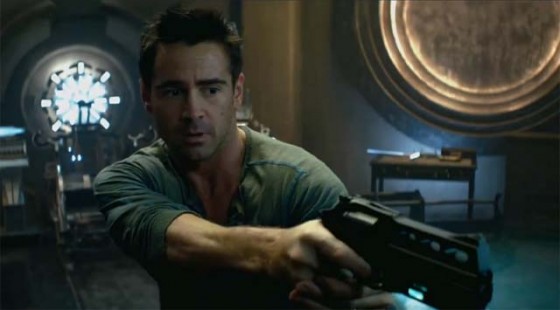 The more footage unveiled from the Total Recall remake starring Colin Farrell, the more I lean toward seeing it on the big screen. Kate Beckinsale and Jessica Biel? Sign me up, bro. Bryan “Breaking Bad” Cranston? Oh yeah! The three-breasted whore? CHA-CHING, BABY! Sure, it’s basically a shot-for-shot reimagining, minus the whole Mars subplot, but what the hell. I wasted money on Prometheus which obviously makes me a glutton for punishment. Besides, I’m still banking on a Kuato cameo, or at the very least, Benny.

Total Recall 2012 opens August 3rd, so get your ass to theaters.