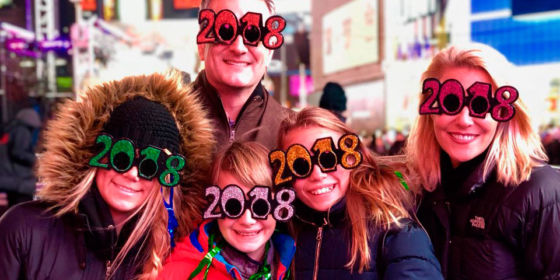 New Year’s Eve, a time to gather around with friends, get drunk, and wear stupid looking glasses. You know what we’re talking about, the glasses that you see every where on New Year’s Eve, with the year proudly displayed across the face of some idiot. 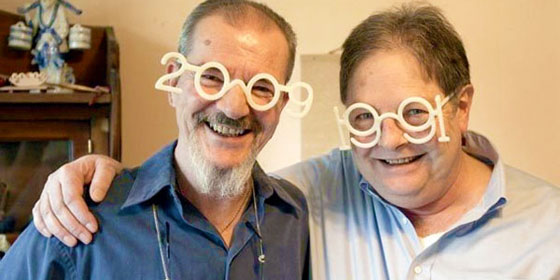 These guys released a plague on humanity.

Apparently the guys in the photo above invented these things, back in 1990 (their real names are listed, if you’d like to send hate mail)

They thought they dreamed up a winner — that night of Jan. 27, 1990, when over some beers at a Ballard apartment, Richard Sclafani and Peter Cicero were doodling ideas on paper.

Their brilliant invention was those plastic, glow-in-the-dark, New Year’s Eve glasses shaped like the year. It turned out that Sclafani and Cicero really had come up with something:

From David Letterman to The New York Times, the two local guys saw their creation publicized, although never attributed to them.

The glasses would become the goofy icon that for the past two decades has been associated with the year-end celebration. Their first Glow-Year Glasses were marketed for 1991, and since then, Sclafani and Cicero have sold 1.2 million of them.

Then the decade ended, and we thought our long national nightmare was over. Even the creators of these glasses decided their time had come to an end, and stopped production. But their decision was based on the fact that the market was flooded with cheap knock-offs, not because it was rather stupid to make glasses if you didn’t have two round digits in the middle of the year to make eye holes with. Thus, when the calendar neared 2010, we ended up with this : 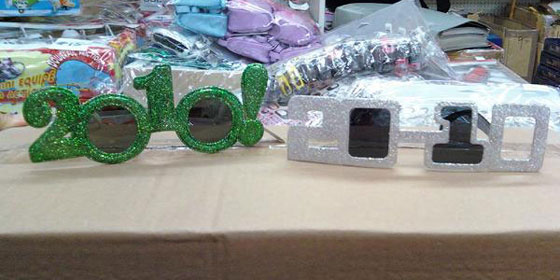 Argh! We’ll never be rid of these things!

So now, as we approach another New Year’s Eve, we thought it would be fun (and by fun, we mean embarrassed for society) to look and see how far we’ve come. Although invented and produced by 1991, there was no photographic proof (save for the photo in the header) readily available on the internet until 1996. Notice how the first few photos are the design created by our great founders. 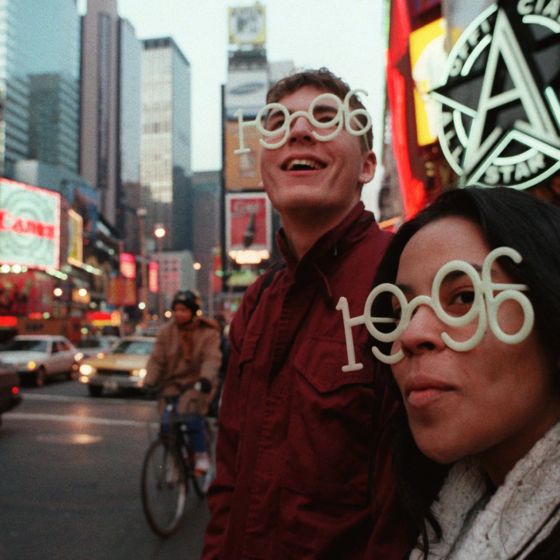 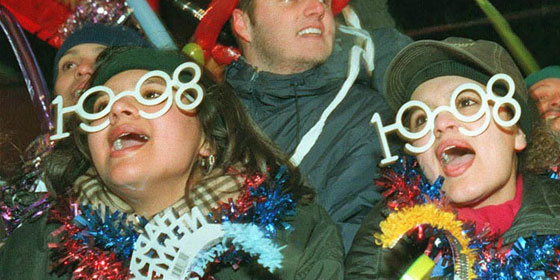 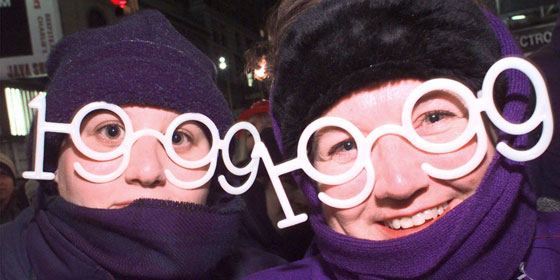 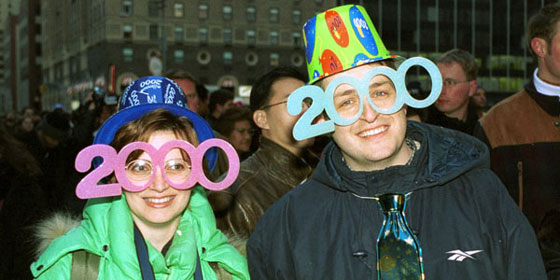 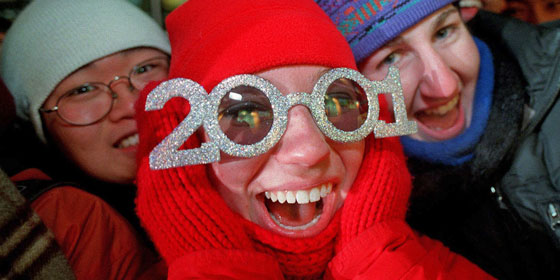 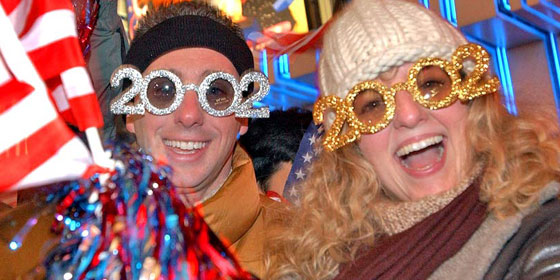 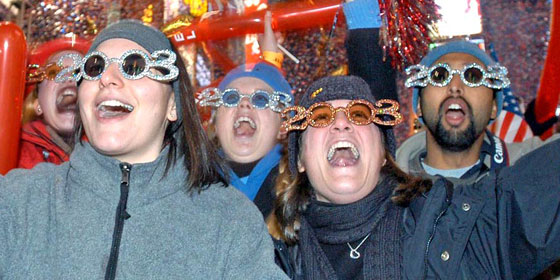 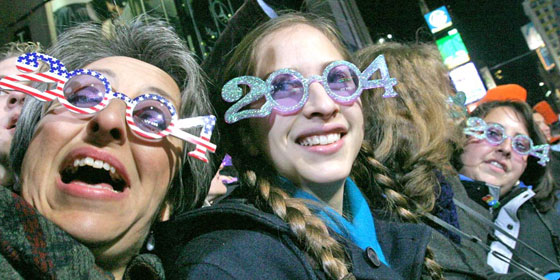 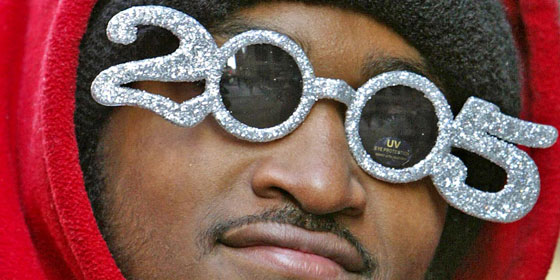 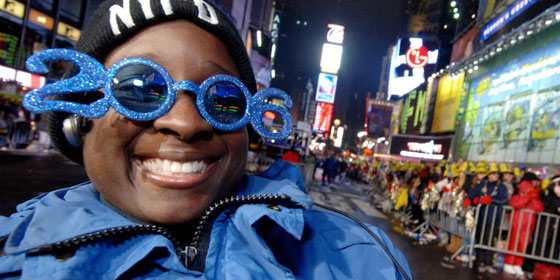 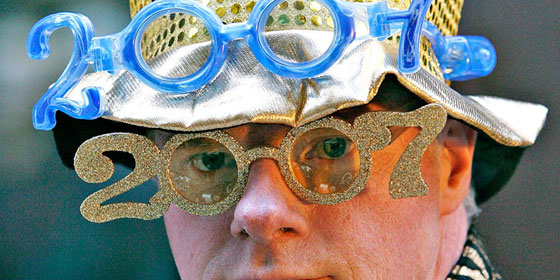 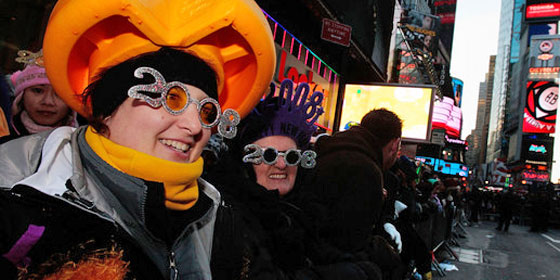 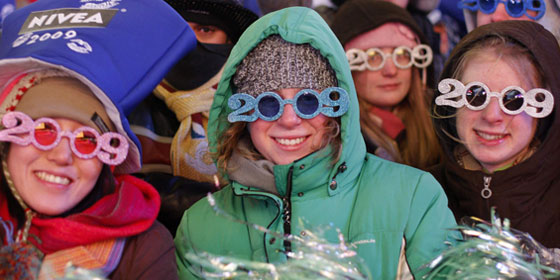 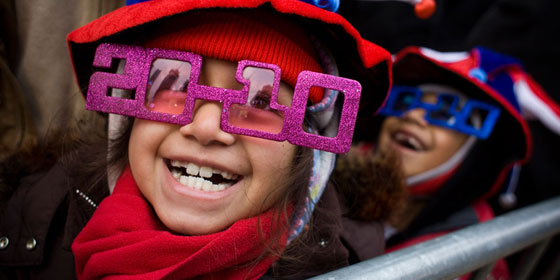 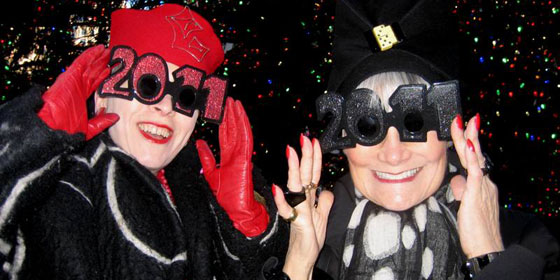 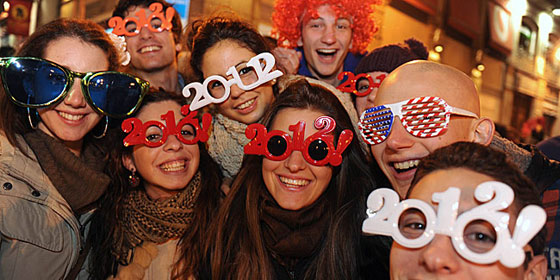 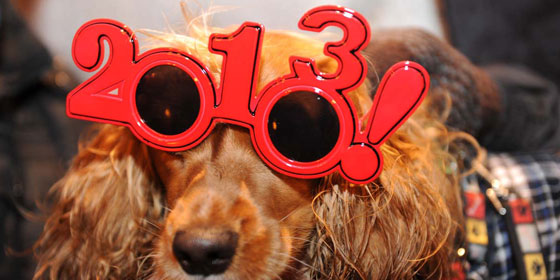 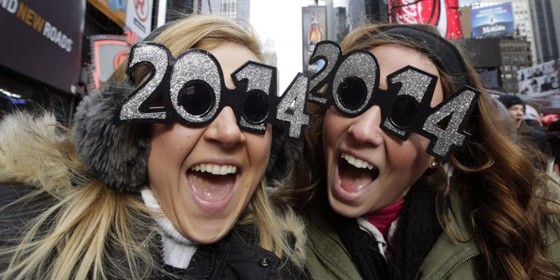 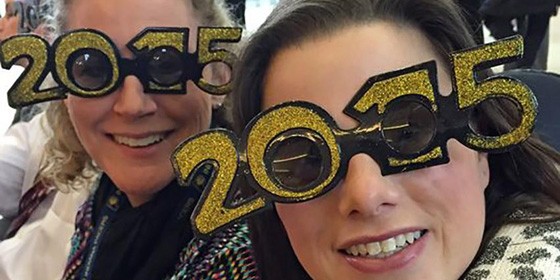 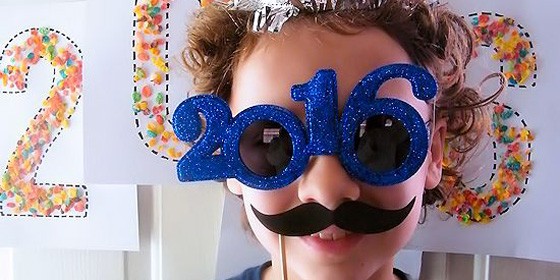 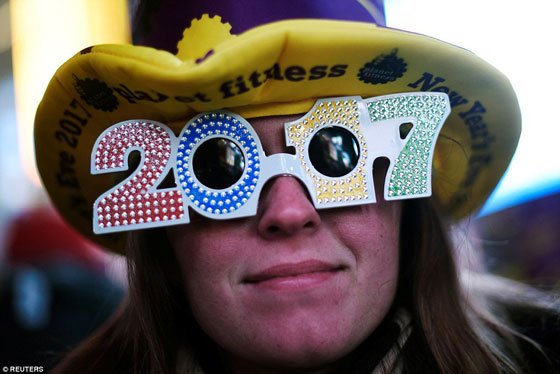 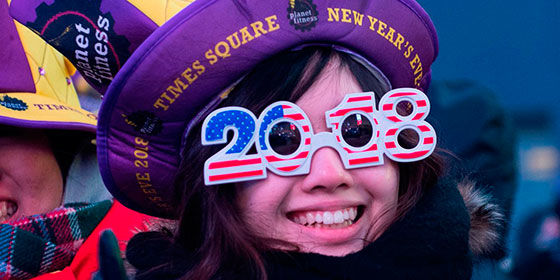 In 2013, even the damn dogs were wearing them. But maybe there is hope, maybe the manufacturers have seen these photos, and realize how stupid everyone looks, and have decided to stop making these things. No such luck, as a simple Amazon search provides plenty of examples of 2019 designs. 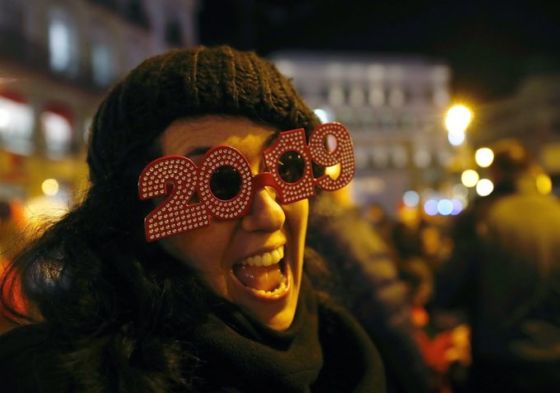 Since we’re stuck with these things for the foreseeable future, I guess we should wear them loud, proud, and super gay! (having or showing a merry, lively mood; festive) 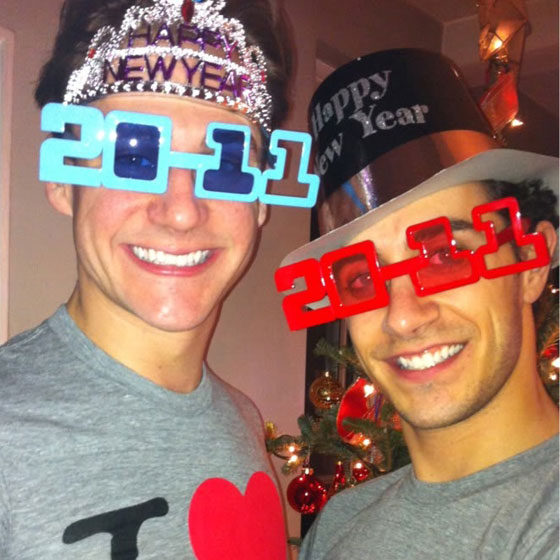