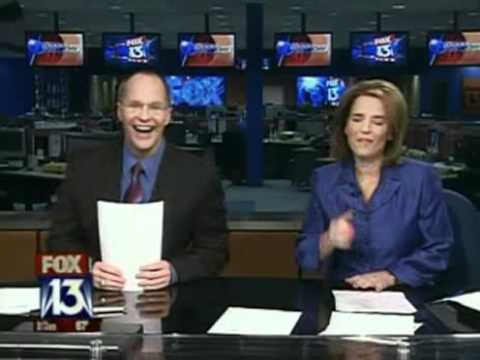 I spent ten years working behind the scenes at a television news station. It was a thankless job for low pay and zero respect. As shitty as it was, it did afford us “techies” the opportunity to squeal with delight whenever one of the overpaid talking heads flubbed a line. There’s nothing better than witnessing shock and awe when a “cock” or “ass” or “tit” slips out. It provided a ray of sunshine in an otherwise blackened abyss. We called it the wonders of Live News. Here’s an excellent compilation that perfectly illustrates the awesomeness of news anchors saying naughty things.