Sports > Baseball > The Next Generation of Star Starting Pitchers

The Next Generation of Star Starting Pitchers

Strasburg isn't the only future Cy Young candidate in Washington.

I recently highlighted the next generation of star position players, but that’s only half of the pie. The next generation of elite starting pitchers have begun to emerge, and while most pitchers struggle for the first portion of their career, these hurlers have excelled for their respective teams.

Much like the previous piece I will list the top ten starting pitchers with fewer than 400 career innings pitched. This seemed like a good benchmark, as I chose 1000 at-bats or less for the position player ranking. That gives each main stat, on average, about a maximum of two season’s worth of hitting and pitching to accumulate.

I used advanced metrics such as WAR to evaluate each player. WAR is an accumulative stat, not an average, so that was taken into account in proportion with the player’s amount of innings pitched as well. Hat tip to FanGraphs.com for providing that accessible information.

A minimum of 200 career innings pitched was the basis for eligibility. Statistics are up to date through July 5th.

Stauffer has won has last three starts in 2011, and has been great for the Padres this year despite posting a .500 record. He’s 29 right now, which means he doesn’t have the upside of some of the struggling, younger pitchers in the majors; but his demeanor has been admirable pitching behind a lineup that has next to no firepower.

I would imagine most pitchers dream of making their first career start with the Yankees, where run support is as rampant as alligators in the everglades. For Ian Kennedy, however, it was a different story. In 12 starts with the Yanks over three seasons, he posted a depressing ERA of 6.08 and walked over six batters every nine innings. Shift now to 2010, where Kennedy has stepped up as a  go to starter for the Diamondbacks. He’s gone 17-13 with an ERA of 3.64, while walking just over three batters every nine innings. At age 26, the D-Backs certainly have a keeper for their rotation.

If not for starting out his career pitching behind one of the worst run-supporting lineups in the MLB, that win and loss record wouldn’t keep the public from dismissing him simply as a struggling young righty. Fister’s WAR dismisses that notion right away, as he possesses the second highest total on this list. If the Mariners can add some bats, Fister will be good for 15 plus wins a season. Just goes to show how dominant Felix Hernandez was last year, winning the Cy Young while only one game above .500. 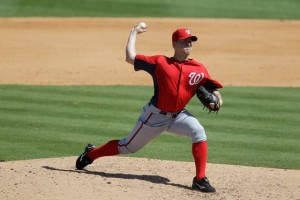 Jordan Zimmermann is no Stephen Strasburg, but he’ll be a damn good wingman. Coming off Tommy John surgery in 2009 where he missed over a year of action, Zimmermann is proving that is of ace-caliber by winning three of his last four decisions. The one that got away? A complete game loss by one run at the hands of the Angels. That one run? Courtesy of a Ryan Zimmerman throwing error. As you can see, lack of run support will be a recurring factor with these guys. 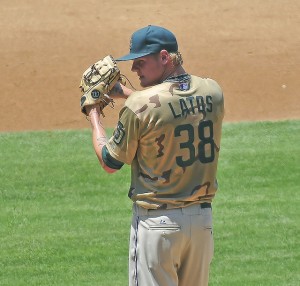 The second Padre on this list, Latos’ production has taken a hit in 2011 after a phenomenal 2010 campaign. A 14-10 record with a 2.92 ERA at the age of 22 is something that scouts and fans alike dream of. Now 23, his velocity certainly hasn’t decreased, meaning a return to form is likely. He is still ace material, just has to become more consistent. 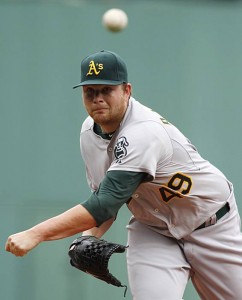 The 23 year-old southpaw is in the midst of his third full season in the MLB, but injuries have deterred him in both the past and present year. Anderson’s WAR is leaps and bounds above everyone else on the list, granted he is the second closest to reaching 400 career innings. The numbers show that he is a decent strikeout pitcher with great control, but once again, the run support just isn’t there in Oakland. 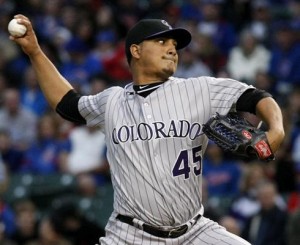 I don’t know of anyone who is aware of the reason for Ubaldo Jimenez’s demise, but one thing’s for certain: Jhoulys Chacin is taking advantage of his time in the spotlight. To add to that burden, promising starter Jorge De La Rosa is out for the season. He’s only 23, and once Chacin tones down the free passes to compliment his strikout ratio he will be ace-worthy. 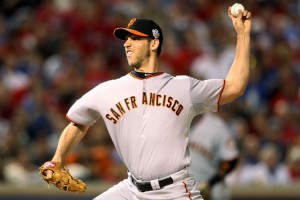 Bumgarner hasn’t had the spectacular sophomore season many had hoped for, but pitching behind Tim Lincecum and Matt Cain at the ripe age of 21 can only be a good thing. His ERA is great and his WAR is fantastic, as is his strikeout to walk ratio. All Bumgarner needs to do to prove himself as an elite pitcher is win games consistently, which we know his team can do quite well. 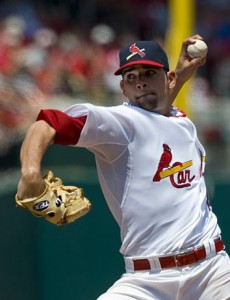 The absence of Adam Wainwright has not been a significant problem for the Cardinals this year, thanks largely in part to the work of Jaime Garcia. The 24 year-old had a very promising 2010 season, posting a 2.70 ERA and a 13-8 record, and his success has continued at the same pace in 2011. An 8-3 record with two complete game shutouts before the All-Star game should put Garcia on the Cy Young watchlist for the rest of the season. 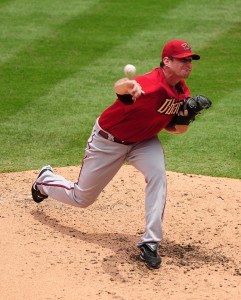 The Diamondbacks have had a revolutionary season in 2011, led on the mound by the aforementioned Ian Kennedy and Daniel Hudson. The White Sox traded Hudson to the D-Backs in 2010, and by my best bet are biting their lip right now. A 7-1 record with a 1.69 ERA with the team last season showed his limitless potential, which has yet to be second-guessed this season. His WAR is enamoring for the short time he’s spent in the majors, and he’s on his way to becoming a perennial all-star.