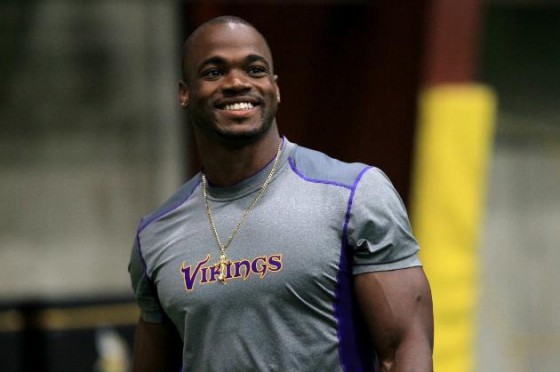 The bad news is there have been over 30 player arrests this NFL offseason. The good news is none of them involved a death. WIth a few exceptions, most of the players pinched stuck to driving under the influence and getting caught with marijuana. Kinda lame, really. Rae Carruth laughs at such milquetoast behavior. With training camps opening around the country in the coming days, now is the time to recap this year’s crop of football bad boys. [Via In Flex We Trust] 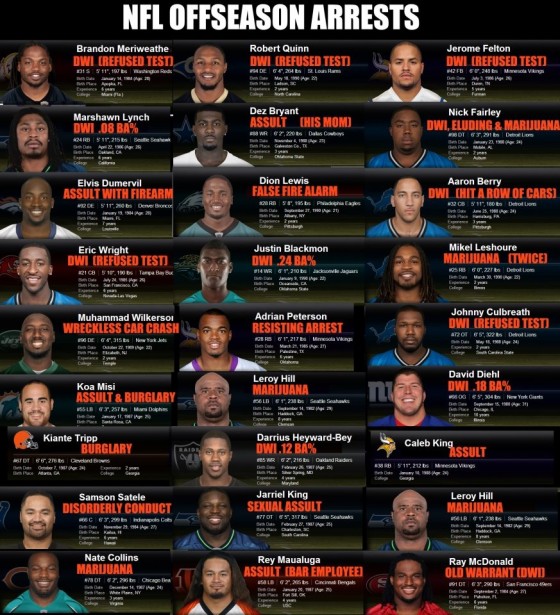 Missing: Kenny Britt and Donald Washington’s DUIs and Aaron Berry’s second arrest. Quite an impressive list of drunks and potheads. And then there’s Dion Lewis, who channeled his inner 14-year-old by pulling a fire alarm. What a prankster.

Maybe once these guys get back to work the hijinks will cease. Yeah, right.