NFL Assholes of the Week : Week 1 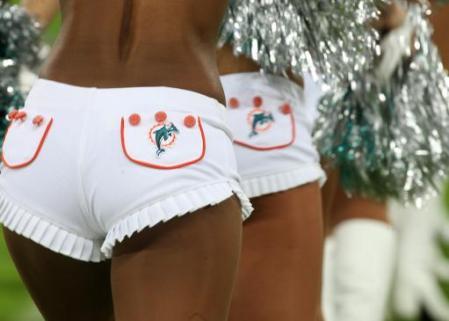 With Week 1 of the 2010 NFL season inked, we know you are spending your time at the water cooler pissing and moaning about all of the assholes that ruined your ticket from the Bellagio or the fantasy football roster you posted for the week.

Here are the jerks at the top of that list. 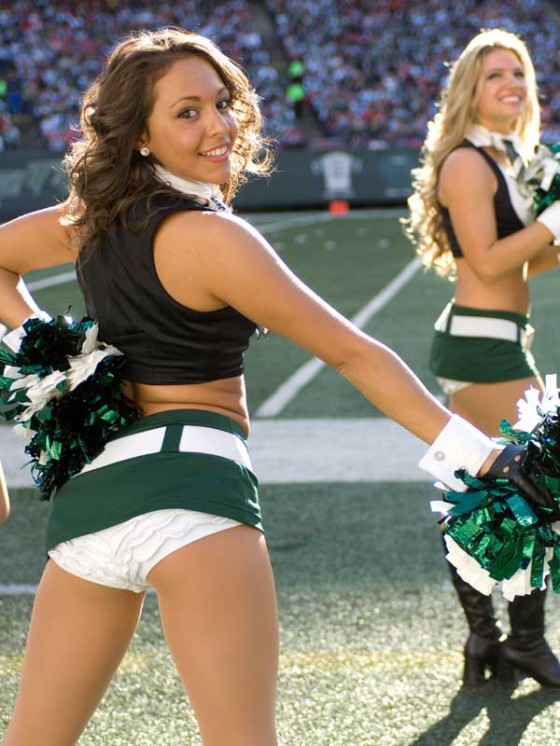 Any jagoff that started the run on kickers or jumped on-board early in your fantasy draft was taking Hartley and those that did were grabbing ankles right out of the gate. Hartley blew kicks from 46 and 32 and now sits on the hottest seat in the league. If he misses kicks of any kind next week his ass will be out the do’ and the number of teams likely to come calling will be limited.

And, for what it’s worth, those of you that suffered in fantasy leagues shouldn’t be allowed to say a word about Hartley at the water cooler. You only gambled on Hartley because you listened to dumbasses that don’t care… either you followed some service that liked the kid kicking for a high-powered offense working in a dome or you followed the ADP masses (ADP = average draft position, calculations that show where each player, on average, is being selected across thousands upon thousands of fantasy drafts) that did the same. All of you were following a leg that only kicked nine field goals over five games last season, hitting just 81.8% along the way.

I’m sure there were articles out there warning you against it that aren’t popping up on my Google search for some reason… but who gives a fuck? It’s a kicker.

In truth we could point the middle finger of disdain at Brett Favre for being such a turd – he looked every bit as old and unpracticed as any mortal in the same situation would – or at Jared Allen and the Williams boys – two hits on Brees is pitfall for that crew – but the bulk of the fantasy world wasn’t looking at Favre as the optimal answer for Week 1 (they know better, working on the road in Week 1 against the defending champs) and even fewer were playing in IDP (individual defensive player) leagues.

More than a few were thinking (a) the Saints were going to make it a shootout, and (b) either Harvin or Berrian would have to step up if the Vikes were going to keep pace. In the end, Favre only had eyes for tight end Visanthe Shiancoe, and for good reason… he was the only guy catching the damn football. With Sidney Rice out after hip surgery everyone figured Harvin and Berrian would lead the way as the top targets for the Mississippi gunslinger for throws away from the red zone and down the sidelines, and both were working in those roles throughout the night against a Saints defense that has changed since last season.

They each got looks and they each failed to take advantage… and each of ’em burned us all. 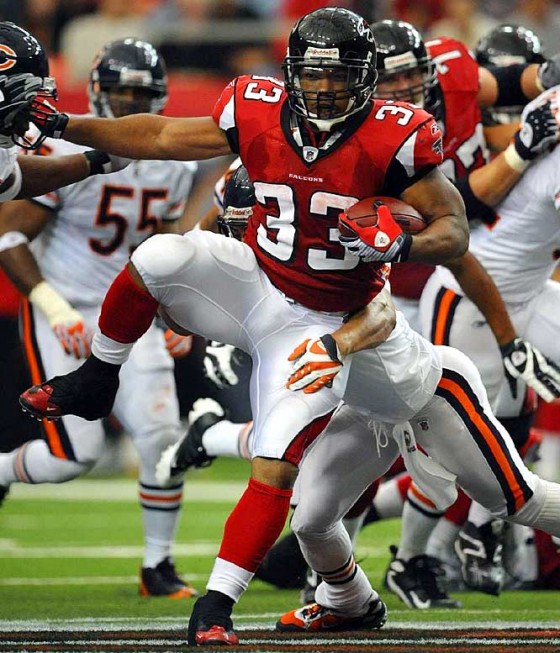 Needless to say those of you with Turner on the roster should have learned your lesson last season. We’ll honor your bruised ego by listing him here – clearly, evidenced by the stat line above, he is deserving – but let’s be honest. You were warned by the poor bastard who drafted him last year to stay away and you didn’t listen… or, even worse, you WERE the poor bastard warning everyone to avoid and you talked yourself right back into the nightmare.

Things will get better from time to time – you would expect any rusher to struggle against Harrison, Timmons and Woodley – but as you watched Rashard Mendenhall working for the other side of the field, posting 5.5 yards per carry as he gouged the Falcons’ heart out of their collective chests, and you realize he was there and available for hire when you took Turner in your fantasy draft… remember, rushers aren’t wine. They’re Playboy Bunnies.

They don’t get better with age.

(Except Ricky Williams… he’s the Demi Moore of the NFL.)

Maybe we should blame Gary Kubiak. He’s the asshole that gave Arian Foster 33 carries in this game. Yes, it was working… 231 yards and three touchdowns is very impressive.

This is HOUSTON. It’s supposed to be a PASSING team. Your not supposed to run the football. Your so-called “running backs” are supposed to disappoint. They are supposed to suck so badly that a new level of suckitude has to be instituted by the fantasy football suck meter, now more commonly known as the Slaton Agenda. Matt Schaub is supposed to pass 50 times per game and 30 of those targets are meant to be aimed at Andre Johnson. That’s how this works.

Why is this happening? I can’t wrap my head around it. The Texans are supposed to pass for 400+ yards and lose… not the Colts. I hope and pray it goes back to normal next week. Fuck you, Kubiak. 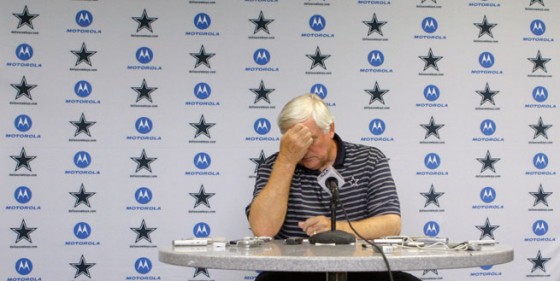 If I had told you Tony Romo was going to throw for nearly 300 yards, that Miles Austin was going to be the offensive star of the game, that DeMarcus Ware was going to wreak havoc all over the field… and if I then told you Donovan McNabb was going to be one of our Honorable Mentions on this list, that Clinton Portis was going to get 18 carries and not get anywhere close to 4.0 yards per, and that Chris Cooley was going to be the ‘Skins leading receiver… if I told you ALL of this, and then told you the Cowboys left with one of the most painful losses of the week blamed exclusively on one botched play ruined by penalty on Alex Barron,  I would hope you would realize two things.

1) That is the longest fuckin’ sentence you’ve ever read.
2) There is no way Barron is to blame for the loss. That could only be orchestrated by Wade Phillips.

Whether you want to blame Phillips for his horrific clock management, the insanity of his game plan, the total lack of discipline, for putting Barron out on that line, or for the ever-growing list of baffling stupidity in play calls… no matter how you cut it, Phillips is to blame, and if not for the insanity of the NFL Rule Book, he’d be the top asshole of the week.

He’s saved by the grace of a referee who made the right call and my desire to bash him for doing his job.

The most horrific, offensive, insulting use of instant replay the world has ever witnessed… at least for this week. That catch would have given the Lions a deserved win and a positive start to a season of (hopeful) rebirth, it would have transformed Megatron from a roto disappointment to the highlight of the week, and it would have saved Steratore from suffering the most degrading honor imaginable… again, at least for this week.

Kudos to you Gene, the Gunaxin NFL Asshole of the Week.