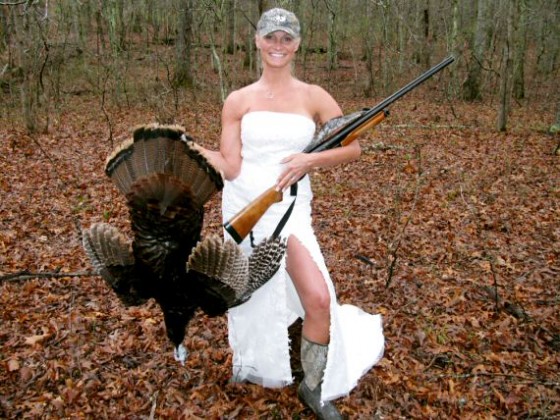 I’ve been doing the NFL Assholes piece as often as possible, been as fun as can be… but I’ve been slacking. I’ve missed three weeks… three weeks, Bender… and I should repent. I should lay down and beg for my soul to be forgiven, and as luck would have it, we are in the season of forgiving.

It’s Thanksgiving, the best god damn holiday ever invented by the whoever is in charge of that department (the Masons would be my guess). If you can forgive me than I can forgive these kids how beat me to the punch by wishing all of the assholes of the world a Happy Thanksgiving…

… I can forgive them for ruining the holidays with their drugs and their lame-ass Kurt Cobain shirt and their stupid use of time spent with Whip-Its. I can’t forgive ’em for the meth shoutout… that’s not cool, unless you’ll come back in four years after your meth addiction treats you to a life full of HIV-needle sharing and unprotected alley sex and make one of those commercials so my kids can avoid the same stupid-ass mistakes… but I can forgive the nitrous in the attic (this is Thanksgiving, you should share) if you can forgive me for the extended leave from asshole hunting.

And to show my appreciation for your understanding, I’ll move outside of football to rustle ’em up… I’ll focus on football – that’s what I do – but I’ll wander out in the bush and we’ll tab a couple of extra assholes along the way.

In fact, we’ll hit the NFL at the top.

1
The Television Networks
& The Powers of the NFL 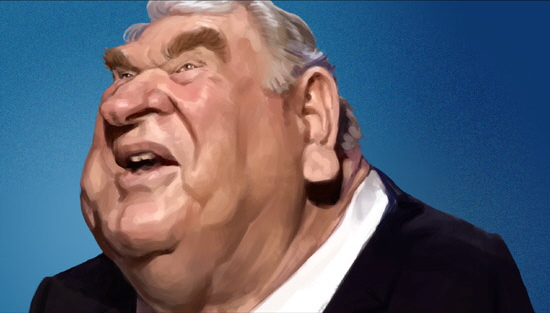 The King of Thanksgiving

I’ll toss the NFL on the pile as kindling on suspicion they will not bring John Madden into the booth for Thanksgiving.

It’s Thanksgiving. It’s the bus with an obscenely-ugly mutant turducken on his table, intermingled with a bunch of mumbling and stuttering and talking in noises while the Lions get anally raped by whoever and I eat myself into diabetes. That’s what this day is. It’s what it has always been.

If it is not this year, the NFL and all in a position of influence to make this happen are not worthy of being called assholes. 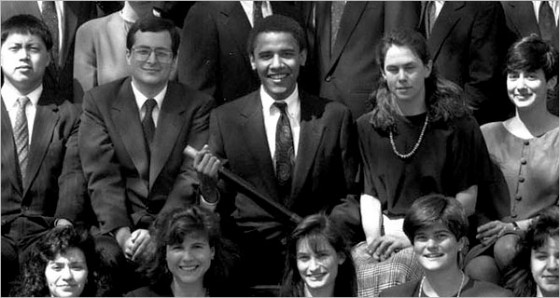 If you are a regular customer you may think I have either an obsession or a deep-rooted hatred for Buffalo. Before today it was a space reserved for CJ Spiller and all of the carries he wasn’t getting. Today I’ll further the accusations by targeting your quarterback.

Nerds aren’t supposed to come into the NFL and rule the day like this. Not that he was facing a vaunted defense in Cincinnati… they blow… but the kid was insane today, going 21-of-34 for 316 yards and four, count ’em FOUR, touchdowns. Yes, there were two interceptions… but he’s from Harvard. He’s one of three, Baltimore center Matt Birk (13 years in and on the verge of leaving) and Oakland defensive tackle Desmond Bryant being the only others.

This isn’t supposed to happen… at least not that third one. I’m not sure that I’m comfortable in a world where the list of the league’s most potent quarterbacks includes Fitzpatrick AND Mike Vick. That’s profound… and wrong.

3
The State of California
Prop 19 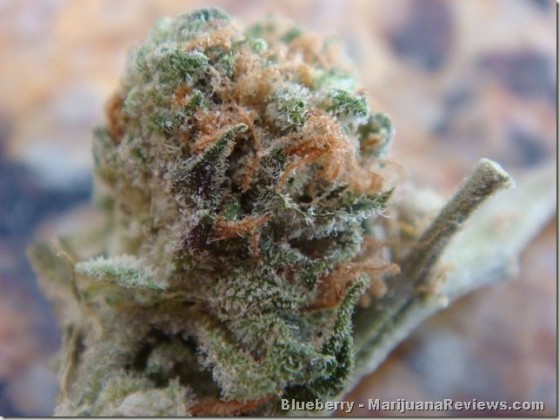 It was a simple task, California. Lead us to the promised land. Give the world a window into the joys of taxable relaxation, brand it as wellness, and take the torch of freedom forward so that we all can enjoy legalized marijuana.

Pretty god damn easy task, California… and ya’ fucked it all up. You ruined it. You came up just short on Prop 19… you let the ball hit you in the hands and it dropped on the turf.

When we drop back again, you better get your ass in line and you better get the job done. You got us the first down and we followed with 15 states and the DC to boot… get us in the red zone and let’s punch this bastard in.

Adrian Peterson is the only semblance of hope you own and you have absolutely no idea what the fuck you’re doing with him. Nothing. You are clueless and you deserve to be punished for ruining this opportunity to let him shine and to let my fantasy squads shine with him, you son of a bitch.

14 carries… and he put in work. He averaged 5.1 yards per, also picking on one reception for 16 yards along the way, and you completely forgot he was available. Your team grinds through the first quarter and leaves, somehow, with a 3-0 lead and you blow it to hell by cutting the quarterback loose.

You know what really pisses me off? Part of me wants to believe you did this on purpose… because you wanted Favre out so badly, you were more than willing to let him throw the ball 38 times knowing full well there are multiple turnovers laying in wait in that arm. He only gave ya’ one and in the end it will still be Favre sticking it up your ass. He’s going to quit on your ass before he gets the chance to suffer your so-called consequence and he’s going to laugh from the farm when you get fired… and he’ll keep laughing as other teams look at that picture and run (not walk) in the other direction.

If you aren’t going to contribute to any effort towards intelligence on the field, how ’bout contributing to mine off… give AP the ball and get the hell out of the way. Asshole.

(Listen, it’s not those obnoxious bitches from The View… its Holly Robinson-Peete and I could watch her fine ass all day long, so blow me if you don’t like the clip.)

Understand this… I’m an admitted member of a house where these words would not be taken kindly, but I have no fear that those eyes will read these words and use them against me ’cause they never do.

In the olden days you wouldn’t encourage a girl to chase after celebrity cock all day long and then broadcast the escapades through song… back in the day, a 19-year-old country singer with multiple romps in the sack with fellow celebrities wasn’t known as a saint, victim or angel. She was known as a glorified groupie… not that it didn’t happen, but if it was happening at that young of an age it was best kept out of the public perception while you build your singing career.

In the olden days, a guy like John Mayer wasn’t typecast as the worst asshole on the face of the planet… and a few weeks ago those same bitches talkin’ smack above were laughing and cackling about his triumphs through the set of the celebrity singles. The guy wasn’t the asshole when it was Jessica Simpson, or Jennifer Aniston, or Giada (that sexy Italian chic from the Food Network), or Kristin Cavallari (she’s boning Jay Cutler now… otherwise, no clue)… but he’s the biggest asshole ever after Taylor Swift makes a few million writing a song about it.

Whatever… and people think we haven’t evolved. 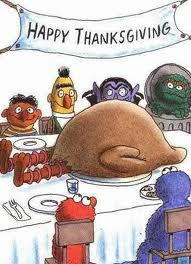 While most of the drama in this particular league tends to unfold on the field, each season brings an incident or two of fun for the whole family… incidents where some overpaid, over-confident, over-sensitive football superstar puts action to the disdain many feel for him, incidents where folks we believe to be assholes suddenly justify the belief by proving it true in full view of the world.

On more than one occasion, those incidents (and the result belief of assholery) have been attached to Vince Young, and this week he took the Sunday before Thanksgiving to remind us all why we should be giving thanks to the assholes of the world… for taking time to remind us all just how petty and petulant we can be at times.

The Vince Young experiment has been given multiple opportunities to take hold in Tennessee. Leaving the University of Texas as a national hero following one of the best single-game performances we will ever see from an individual quarterback, launching his campaign for stardom via the 2006 BCS National Championship against USC at the Rose Bowl…

… Young was drafted third overall in the adjoining NFL Draft by the Tennessee Titans. Since that fateful day – April 29, 2006 – the fans of the Titans have watched their hopeful leader degenerate into one of the biggest flakes you’ll find in football. He’s been involved in various incidents of disappointing behavior of the field – starting fights in strip clubs, rumored to be partying sans shirt at a local gay club and lashing out at the media when presented with evidence and questions suggesting such rumors are true, allegedly threatening to kill himself before going on the lamb with gun in tow – and his work for the Titans has been just at manic and unpredictable. He’s struggled to become a reliable passer, he’s struggled to grasp the responsibilities associated with the position, he’s surged with the occasion span of undeniable talent and production only to take it to the point of being selfish… Vince Young has been a total nightmare, and as the Titans sit on the edge of influence as a team coming up short of the competition in the NFL for 2010, Young proved incapable of getting the job done once again.

Following another disappointing performance (12-of-16, 165 yards, no touchdowns, one fumble lost) against the Washington Redskins and supposedly suffering a thumb injury of concern, Young was told to grab a seat on the bench as the Titans turned to unproven backup Rusty Smith to close out the tight loss to the Skins (19-16). Rather than taking his seat and getting medical attention, Young took of his shoulder pads and jersey, launched them into the crowd, and threw a verbal fit in front of the hometown fans aimed at coach Jeff Fisher and several teammates. Reports indicate he continued his temper tantrum into the locker room where he eventually stormed out of the facility, still dressed in half of his uniform, and drove off despite the best efforts of safety Michael Griffin, trying to calm him down and get him back with the team.

What has followed is an onslaught of media ridicule and shame… Thomas George from AOL FanHouse, Paul Kuharsky from ESPN, Doug Farrar from Yahoo, Barry Svrluga from the Washington Post,  Michael Tunison from SBNation, and a slew of others from the NFL blogosphere have taken Young to task and called for an end of the era… and rightfully so.

And I think that says it all. Happy Thanksgiving.