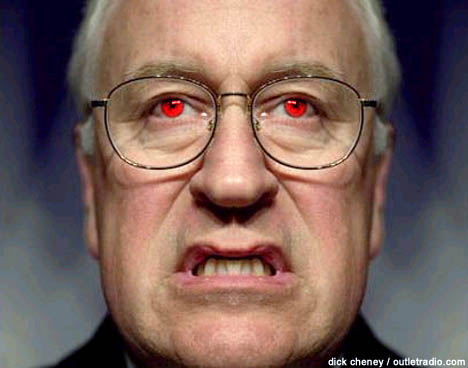 ‘Tis the political season, and Cheney… he’s the biggest asshole I have in my resin-tainted memory banks. I’d go Hitler but that shit be played out yo’… that’s too easy. Cheney is almost the Hitler of our generation… he lacks direct ties to genocide (I’m sure some of you could coach me up on this… I may be wrong) but I’m not recalling any classic yarns of Hitler pumping a shotgun shell into his buddy on a hunting trip, either.

Who cares? They’re all assholes. Here’s to hoping they enjoy the flames of hell. Let’s move on to football where, as always, additional assholes weren’t hard to find during Week 7.

I enjoy calling out the refs, and this year they are making it almost too easy… every week we get some blown call of obvious nature, and more often than not we get several. This week was no exception with several quality entries – the Percy Harvin catch was especially troubling – but there were none as exciting as the fumble.

Gene Steratore was not taking his talents to South Beach. Bigger-Than-Favre Ben Roethlisberger gets all loose with the football in the end zone, they go rugby after it, and the officials call it a touchdown. It goes to review where Steratore takes over… he spends an eternity under the hood only to return and offer up a 90-minute dissertation explaining Ron Jeremy did in fact fumble the football but video review failed to confirm the Dolphins had recovered. And of course, NONE of the zebras where actually paying attention during the action because they just figured it was a touchdown… and there’s NO WAY it could be overturned.

I mean, it’s not like these plays ever get reviewed.

Steelers get the ball back on the half-yard line (not sure why he called it that… I may be stoned but I fucking looked and there is NO line there), the drunk kicker boots it in, and Pitt gets the win.

Wait… we’re turning to the judges…

DENIED. AFTER FURTHER REVIEW THE CALL IS REVERSED, BART IS NOT CHARGED WITH A TIMEOUT.

Just listened to the Sports Guy and he made an excellent point… the Brees family just welcomed a newcomer to the family unit and thus we’re giving Drew a pass on the ruling of asshole for Week 7.

Besides, it was based too heavily on the interceptions… and in truth, I’d be the asshole for expecting the sleep-deprived troll from the Big Easy to be at his best after that. 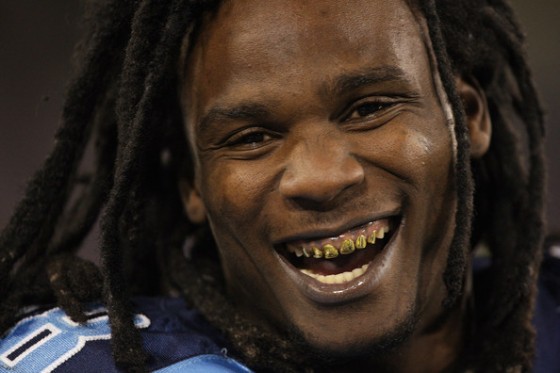 Bob Marley promised us a 3,500-yard season. With the pace he’s on after seven games, his ass will be lucky to get half way there.

Not that CJ hasn’t had some games now… 142 in the opener versus Oakland was impressive, as was 131 in the Big D. He’s averaging 94 yards per game on the ground, going a bit more (104) in overall yardage, he’s got seven touchdowns… not too shabby, but one question.

How in the hell do you explain 53 yards on 19 carries versus Denver?

The Broncos are atrocious against the run. They may be one of the worst rushing defenses of all time. I’m not going to look that up because it’s totally NOT true… but they do suck major ass. They gave up 98 to MJD in Week 1 and, after toothy came and went, the blood started POURING… 133 for Ray Rice, 129 combined for the Jets, and then the prison-rape performance put on by Darren McFadden (165 yards on the ground with four touchdowns). They are 30th in the land in rush defense, and the self-proclaimed leader couldn’t get his in gear for ’em.

You have to say the same for the performance at home against the Iggles… 66 yards isn’t cuttin’ it, holmes. You need to take yo’ ass back to the store wit dat. 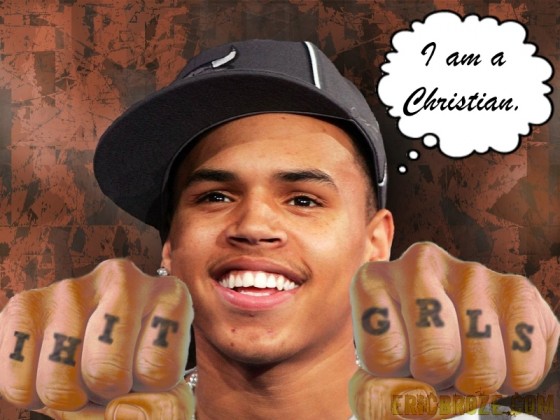 The football version put a 50-yarder off the upright in the final seconds against New England and thus lost the game, but I’m offended at the audacity this shrimp displays in putting coach Norv Turner in the shadows.

We have a GOOD thing going. Wade Phillips is the only man battling with Turner for honors as the biggest dipshit with a headset and now Turner is falling off the scent because he can’t hire a capable kicker. The way Brown is going about it, the damn KICKER gets the blame… AND HE’S NOT EVEN THE STARTER. Nate Kaeding “tweaked” his groin (not sure what the big deal is there, most guys do that a couple of times a day) and thus Brown gets the call, and he dinks one off the stick and now Turner suddenly gets a pass.

Screw that. Turner HIRED the guy… and how many coaches out there are in need of two kickers, anyway? He could have used that roster spot to hire another lousy rusher so you’d ignore Ryan Mathews as the biggest fantasy bust among the rooks of the league, or a tackle since manager AJ Smith isn’t really ready to let Marcus McNeill out of the doghouse just yet, or he could have used it to hire one of Antonio Cromartie’s 28 kids to play receiver since no one else on this team wants to.

Kris Brown needs to step the hell off, Kaeding needs to quit jerkin’ off, and Turner needs to get back on display so we can watch this team completely dismantle as the Chiefs lay them, and another failed head coaching stint, to rest.

Samurai Mike walked the walk when he played. He may not do the same when he’s judging others who might.

The Niners are the worst team in the league, and based on what we’ve seen thus far that could be a more impressive honor than serving as the NFL’s best. Only six teams have five wins through seven weeks of the season while ten have two or fewer. More teams are playing horrendous football this season than I can ever remember… the Chargers, the Broncos, the Raiders, the Jags, the Browns, the Bengals, the Bills, the Niners, the Rams, the Panthers, the Lions, the Vikings, the Cowboys… they ALL suck.

Last week two of those powers butted heads, and as the loser of the NFL’s toilet bowel, Mike Singletary has earned rights as one of the top assholes of the NFL week. The team is 1-6 with a -49 point differential. In the NFC only Carolina has it worse (55) and they won this matchup, thus to the victor goes the spoils… kind of.

The truth is this: we are tired of Singletary’s antics and bullshit. He yells. He goes nuts. He takes off his pants. Whatever. He can’t manage the game, he can’t manage people, and he’s failing. The players are there and their talents are obvious. Singletary seems unable to put it all together. There are other signs other than subjective thoughts that support the notion. The Niners committed 11 penalties for 81 yards in that game at Carolina. Four of those gave the Panthers a first down. Meanwhile the Niners can’t execute on their own first downs, converting 4-of-13 against Carolina.

That’s execution. Singletary can preach it all day long but it may be time to look in the mirror, asshole… ’cause the only thing consistent about these failures is you.

Seven carries for CJ Spiller this week… you fucking PRICK. You couldn’t ask for a more perfect scenario for the Blood Spilla’ to shine… and you didn’t even TRY. Let’s do the math Einstein…

See Chan, CJ’s averaging 4.7 yards per carry in that situation while Freddy Got Fingered is averaging 3.2. That’s LESS. That’s NOT who you give 23 carries to. Jackass.

You had Baltimore on the ropes and they’ve struggled to stop the run (17th in rush defense in the NFL). You were at home, you had a fantastic opportunity, and you took the ball out of the most talented and influential hands on the field.

I’m going to bang on this asshole all season long… it just blows my mind.

I’m sorry but it’s true. It’s just true. There’s no two ways about it… this team paid dues, struggled, rose, became great, and now fans in Denver lack any sense of objectivity… like the bong smoke is so thick in the thin air you simply can’t escape it. Go to any other state and you fail drug tests just for being there and breathing.

That’s how it seems to me if you really think the 59-14 beatdown at the hands of the Raiders is so devastating that they should now fire their head coach.

Josh McDaniels has been in the seat for ONE year… and it was the most insane year you could imagine. Both of the top offensive weapons turned into total pricks and demanded trades, and the Broncos relented. The team has been completely wiped of the vast majority of reference to the previous regime… it’s a house without sheet rock or dry wall or anything other than a frame and some hope it can be turned into a worthy cause. It’s built on kids like Tim Tebow and Demaryius Thomas and Knowshon Moreno and this young bastard J.D. Walton (he plays center, I only know one guy talking about him at all, but he’s their best offensive lineman… and Ryan Clady is still working there). They’ve got a rookie defensive coordinator best known for his work in the game-show industry.

Worst of all, they have a history that includes John Elway.

So in that sense, Pat Bowlen is our Asshole of the Week… you built this team represent everything Denver could want to be and now you’ve torn it down.

Or maybe the fans are the assholes for thinking Pat doesn’t know what he’s doing.

And maybe we don’t want to think there are that many assholes in the world… but there are. So there ya’ go.