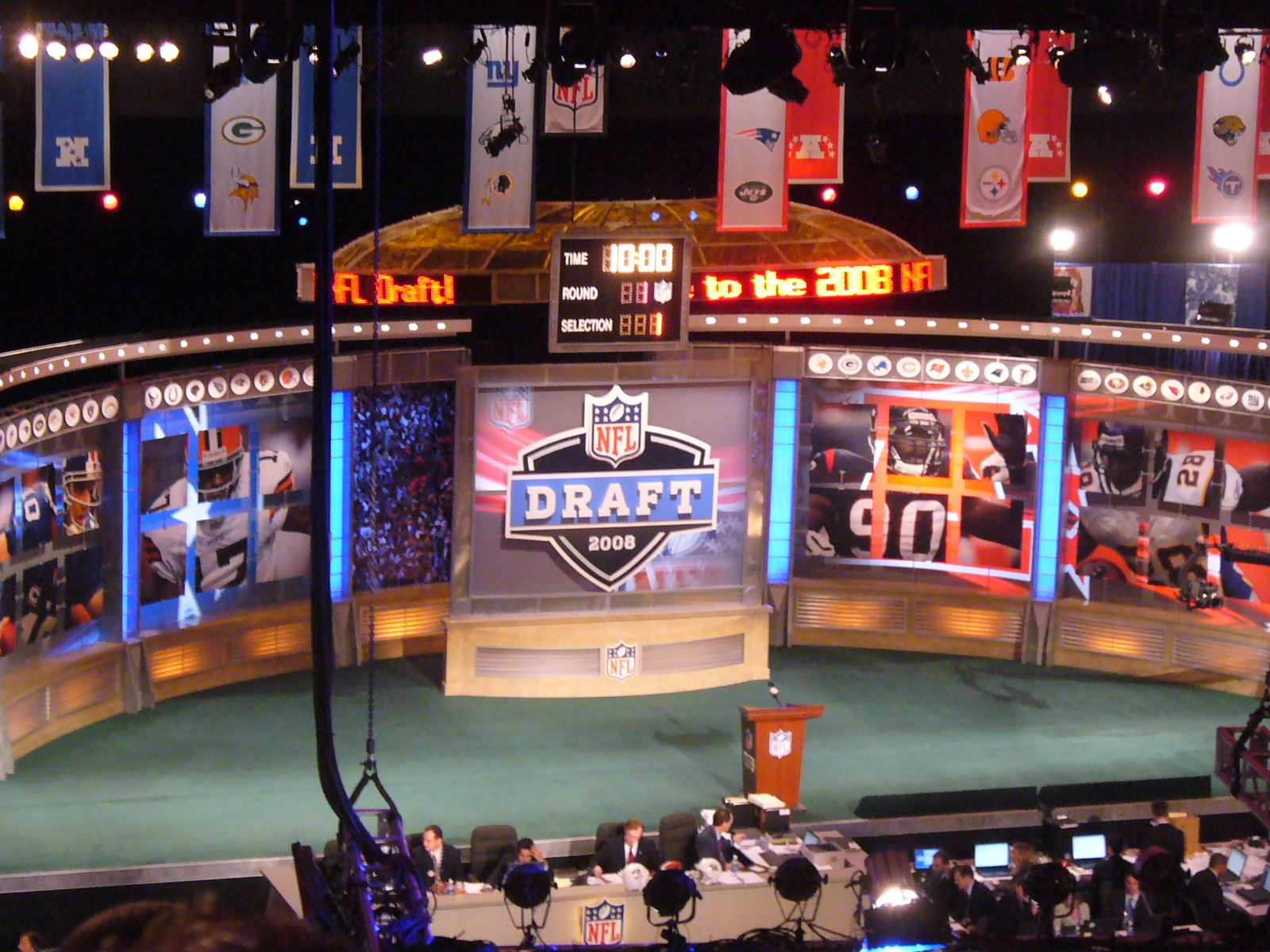 With the NFL Draft about to begin it is almost time for one of our favorite traditions, the immediate grading of the draft. Nearly every website and newspaper will declare first round winners and losers as early as Thursday night.  The problem is that we won’t really know who were the winners or losers for years, as players live up to their draft position or bust out. While we don’t claim any special insight into the future of any player we can reasonably predict the teams and players that will be declared winners and losers by the media in the coming days. 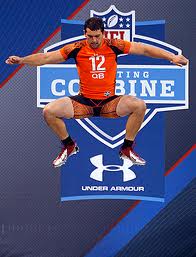 Indianapolis Colts: Everyone knows the Colts will be taking Stanford quarterback Andrew Luck, the consensus best passer in the draft. This will earn the Colts a winner label even though they simply took the highest rated player at number one, which they earned thanks to the inability of the Vikings to lose when it mattered. The downside for the Colts is that all the attention will allow insane owner Jim Irsay to say more stupid things to the media and on Twitter.

St. Louis Rams: We can go ahead and mark the Rams down as winners for the next three years thanks to the haul they received from the Redskins for moving down four picks.  The fact that they may get the player they wanted, WR Justin Blackmon, anyway hardly matters in the long run. 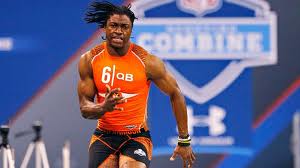 Washington Redskins: Much like the Colts the Redskins will be taking the highest ranked remaining QB in Baylor’s Robert Griffin III. Even though the Redskins haven’t had success with picking a QB in the first round since 1937 (Sammy Baugh) and had to give up three extra picks (2012 2nd, 2013 1st and 2014 1st) to move up to take Griffin, everyone will automatically mark them a winner. On the downside, if Griffin fails to live up to expectations, the Redskins will automatically receive a loser label during the next two drafts as well. 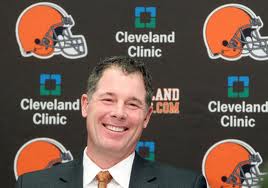 Cleveland Browns: It’s hard to consider the pitiful Browns as a potential winner, but with two first round picks, including the 4th overall, the Browns will get marked as winners as long as they don’t do something completely idiotic.  (Maybe we shouldn’t mark them as winners after all).

Cincinnati Bengals:  Much like the Browns, the Bengals will receive high grades not because of who they take but because they get to take multiple players. The fact that their extra pick comes from trading away disgruntled former QB Carson Palmer only increases their grade. 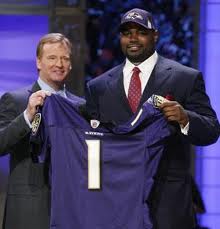 Baltimore Ravens, Pittsburgh Steelers, New England Patriots:  If a player is drafted by any of these teams they will automatically be considered a good pick by the media. Expect to see words like undervalued, sleeper or steal applied liberally to any player taken by these perennial draft day winners.  Even if these teams trade out of the first-round completely they will still receive the winner label.

Ryan Tannehill and Brandon Weeden QBs: As is the annual draft day tradition, once the elite QBs go off the board, teams will get desperate and jump up to grab the remaining highly rated passers. Tannehill will go no later than 8th to Miami and Weeden, the 28-year-old Oklahoma State signal-caller will sneak into the end of the first round. Neither player deserves to be drafted that high and each benefited from USC’s Matt Barkley and Oklahoma’s Landry Jones opting to go back to college. 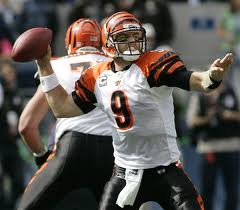 Oakland Raiders: Thanks to trades and supplemental draft picks last season, the Raiders aren’t scheduled to make their first pick until the end of the third-round (pick 95) and only have three of the first 200 picks overall. Not picking until late automatically results in a poor draft. The results of this draft will linger long after Carson Palmer retires (again).

Buffalo Bills: After investing in their defensive in free agency the Bills will likely address the offense with the 10th pick. The problem for the Bills is that they could probably get the same player ten picks later, but will have trouble finding a trade partner to move down thanks to the new draft rules. If they wind up taking Tannehill they will have used multiple picks to replace a QB they just gave a six-year/$59 million contract to last season. 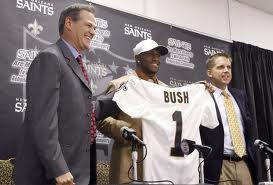 New Orleans Saints: The double whammy of no first-round or second-round picks and an ongoing scandal will lead to a poor grade for the Saints this year. The NFL stripped the Saints of their second pick after the team dealt their first pick to the Patriots last year, leaving New Orleans to wait until the end of the third-round for their first pick, a devastating penalty for a franchise that could receive player suspensions after the draft.

Miami Dolphins: Miami missed out on every QB they targeted this offseason, whiffing on free agents Peyton Manning, Matt Flynn and Alex Smith, and now will be forced to address their quarterbacking situation on draft day. If they fail to draft Ryan Tannehill with their first-round pick (#8) GM Jeff Ireland will be pressured to reach for Weeden or overpay for another team’s backup. Even if they do land Tannehill it has to be considered a failure for a franchise that has spent three second-round picks on passers in recent years. 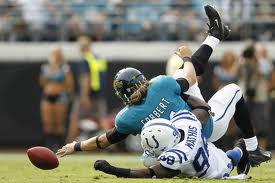 Jacksonville Jaguars: Jacksonville finds itself under pressure for a good draft from a dwindling fanbase who has already soured on last year’s 10th overall pick, Blaine Gabbert. If the Jags wind up with either Tannehill or Weeden they will be declaring Gabbert a failure and if they don’t take a QB early they risk a riot from disgruntled fans. It is a difficult situation and Jaguars management hardly seems up to the task.

New York Jets: The Jets find themselves invested heavily in QB Mark Sanchez and will be looking to add to the offense. With needs along the offensive line and at wide receiver, the Jets will either reach for lesser players or ignore the offense completely and draft a pass rusher. Either way, we assume the Jets will screw up the draft as usual. 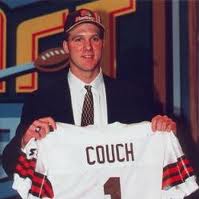 Cleveland Browns: We know we are cheating here, but let’s be honest, it’s the Browns — they will find a way to screw it up.

Ryan Leaf and New York Jets Fans: The safest draft prediction of all is that at some point during the day former Chargers bust Leaf and the boisterous Jets fan base will find themselves the target of mocking and ridicule. 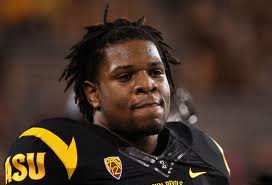 Vontaze Burfict, LB: While other players will see surprising drops on draft day, the Arizona State linebacker has already seen himself drop from a possible first-round pick to a possible free agent thanks to a poor combine and bad attitude. While his combine measurables might not have doomed him, his poor showing in interviews with teams will likely cost him millions of dollars on draft day.