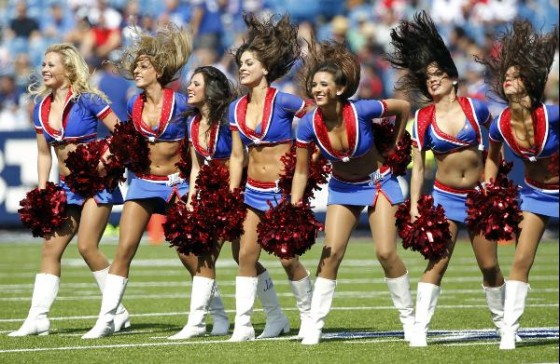 As the NFL reaches its first set of bye weeks it seems like a good time to look back and hand out some awards for the first four weeks of the season. 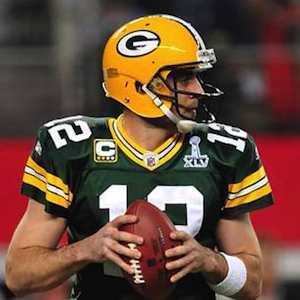 The Packers are the defending champions after sneaking into last year’s playoffs. This year they have no intention of sneaking anywhere, starting 4-0 with wins over NFC South favorite New Orleans and division rival Chicago. Aaron Rodgers is challenging Drew Brees for the title of top passer in the NFC, throwing to the deepest receiving corp in the league.
Runners Up: Baltimore Ravens, Detroit Lions 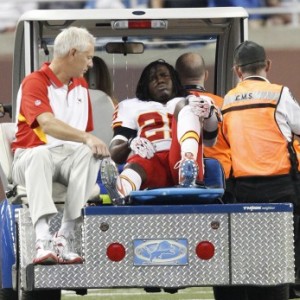 Last year’s AFC West champs are one team that won’t be repeating this year, starting 1-3 while giving up a league leading 126 points through the first four weeks. With RB Jamaal Charles, TE Tony Moeaki and SS Eric Berry all on injured reserve things don’t look like they will improve any time soon. On the plus side, top draft pick Johnathan Baldwin looks poised to make his debut this week after suffering a preseason injury in a fight with Thomas Jones. While they managed a week four win over equally pitiful Minnesota, at least the Vikings have been competitive.
Runners Up: St. Louis Rams, Minnesota Vikings 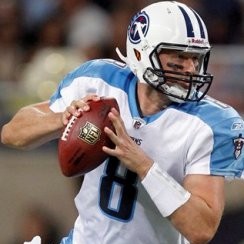 While the Lions are shockingly undefeated, their success isn’t nearly as shocking as the Titans. Coach Mike Munchak has never been a head coach before on any level and is 3-1 with scrap heap QB Matt Hasselbeck leading the offense and a swarming defense allowing an average of 14 points per game. Their 3-1 record includes a convincing win over fellow 3-1 team Baltimore. The most remarkable part of their success though is that they have done it while averaging a league worst 68 rushing yards a week while Chris Johnson works his way into shape. If WR Nate Washington and TE Jared Cook can step up and replace the production of recently deactivated Kenny Britt, then Tennessee should be in the playoff picture.
Runners Up: San Francisco 49ers, Washington Redskins, Buffalo Bills 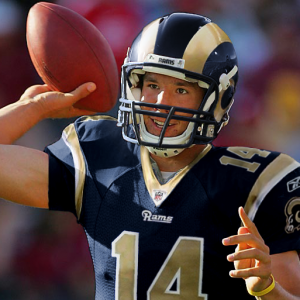 Sam Bradford and the Rams entered this season with high expectations, coming off a rookie season that saw him just miss leading his team to the playoffs out of the pitiful NFC West. The division remains just as pitiful, but St. Louis is quickly running out of time to get their act together after starting the season 0-4. Bradford has been unable to replicate the success of his rookie year, producing a paltry 849 passing yards through four weeks.
Runners Up: Indianapolis Colts, Philadelphia Eagles 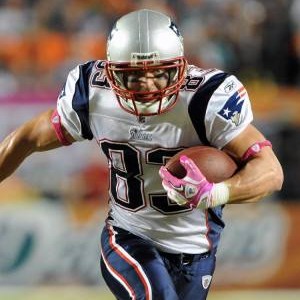 A tossup between Welker and his QB Tom Brady, this award goes to Welker, who is on pace to shatter a number of receiving records this year. This accomplishment is made all the more impressive when you consider that he’s doing it while working out of the slot, and without a solid deep threat on the roster.
Runners Up: QB Tom Brady, NE, QB Aaron Rodgers, GB, RB Darren McFadden, Oak 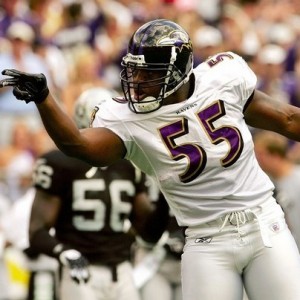 It’s amazing to think that the big-mouthed Suggs might actually go under the radar thanks to playing on a defense with Ray Lewis, Ed Reed and Haloti Ngata. While the bigger names have been more consistent over their careers, this year the Ravens’ defense is dominating in no small part thanks to Suggs improved play at OLB. With 4 sacks, 2 forced fumble and an interception, he has allowed Baltimore to start 3-1 with an underwhelming offense.
Runners Up: DT Vince Wilfork, NE, SS Morgan Burnett, GB, LB Von Miller, Den 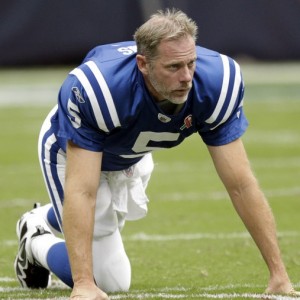 Brought in to replace Peyton Manning, he may have just lost his job to Curtis Painter.
Runners Up: No one. This award is all Collins 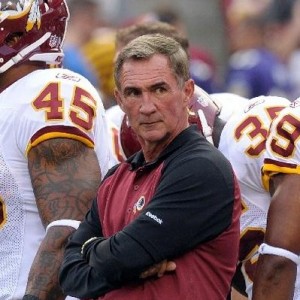 Just when Tim Hightower looked like a solid fantasy start after leading the team in rushing for three weeks, Shanahan returns to his old tricks, cutting his carries to a paltry 8 while giving the bulk of the rushing work to third stringer Ryan Torain. At some point we expect him to do the same with Roy Helu. So don’t be surprised if this situation changes on a weekly basis.
Runner Up: Gary Kubiak, Hou 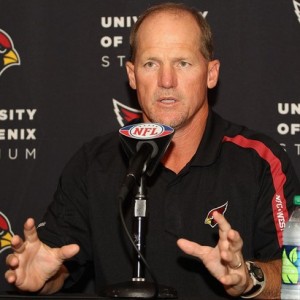 The Coach Who Is On The Hot Seat But Probably Shouldn’t Be Award: Ken Whisenhunt, Ari

Yes, Arizona is an uninspired 1-3 so far this season, but those three losses came by a total of eight points. Whisenhunt’s future lies firmly in the hands of offseason acquisition Kevin Kolb, and it’s too early to make a judgment on a QB with a shortened preseason to learn a new offense. Besides, being in the worst division in football means that the Cardinals have plenty of time to right the ship. 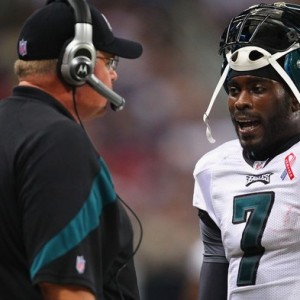 The Coach Who Should Have Been Fired Years Ago Award: Andy Reid, Phi

How Reid, who has a documented history of bungling playcalling, replays and clock management, is still employed is a mystery. This year Philadelphia, the supposed “Dream Team,” went out and signed a number of high-priced free agents to lead them back to the Super Bowl. They are currently 1-3 and in last place in their division. Factor in the massive contract given to mercurial QB Mike Vick and there have to be serious questions about Reid’s ability to run a football team 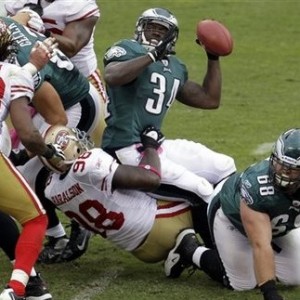 Up seven points at home against San Francisco, Brown gets the ball on third and goal from the 49ers one yard line. He is stopped well short, but rather than take the loss and allow the team to kick a chip shot field goal Brown decides to toss the ball backwards to … no one. The only Eagle anywhere close to the ball was a lineman who was on the ground. 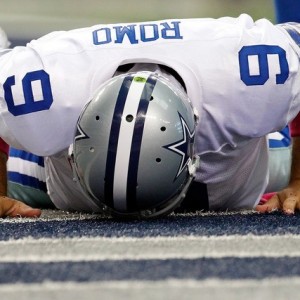 Romo is an above average QB on a team that hasn’t been a real Super Bowl threat in over a decade, but to hear the pundits talk he is the single most important player in the history of the game. He goes from the most heroic player in history to the dumbest player in history seemingly every quarter. Even in games in which his team isn’t involved, the announcers have to spend at least five minutes talking about him. 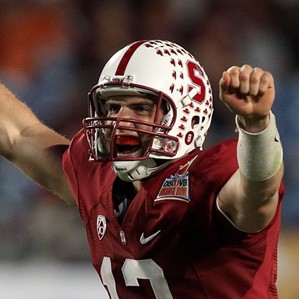 The Not Current Player That Announcers Just Won’t Shut Up About Award: QB Andrew Luck, Stanford

In a year where Terrell Owens is still a free agent and Brett Favre might actually be retired, Luck has managed to be the most popular topic of conversation. No fewer than ten teams are expected by someone to be in the market for him in this years draft, and the “Suck for Luck” movement has already begun in a number of NFL cities. While he may well be the most highly rated QB prospect since Peyton Manning, it is a little over the top when coaches are asked about him after week two. 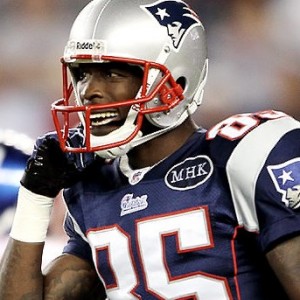 The Most Random Criticism Of A Current Player By A Former Player Award: The Chad Ochocinco Twitterversy

After an incredible week one offensive explosion by New England, Ochocinco innocently tweets that he is in “awe” of the video game numbers that the Patriots produced. While most observers take this as a sign that Chad is trying to say that he is ok with a reduced role in the offense, former Patriot Teddy Bruschi took exception to it and proceeded to rip Ochocinco on his local radio show for not working hard enough to be part of the team. ESPN, sensing the chance to manufacture a story, picked it up and trotted out their own former Patriot Rodney Harrison to back up Bruschi. The whole story died within a week. 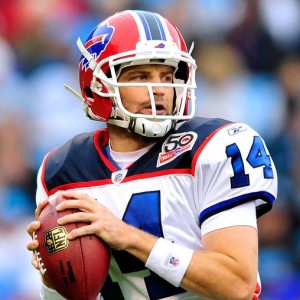 The “Kelly Gregg Wrestled In College” Award For The Factoid That Writers Can’t Help Mentioning : Ryan Fitzpatrick went to Harvard

He isn’t the only player in the league who attended an Ivy League school, and it has no bearing on his success this year as the QB for the Buffalo Bills, but announcers and writers can’t write even a simple game recap without mentioning that Fitzpatrick played college football for the Crimson. Keep in mind that Fitzpatrick has been in the league for seven years (and on his third team) so his college experience is hardly relevant at this point, this little factoid says far more about the writers then the player at this point. 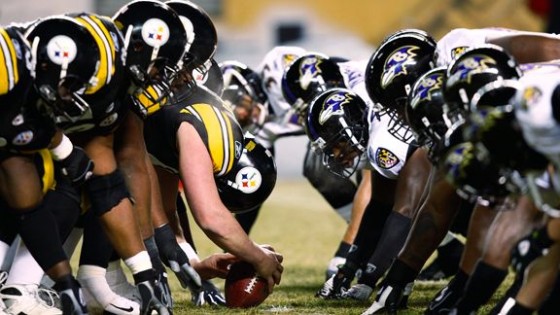 The Best News Of The Week Award: We still have 13 weeks of NFL Football remaining

So, unless you are in Kansas City, enjoy!