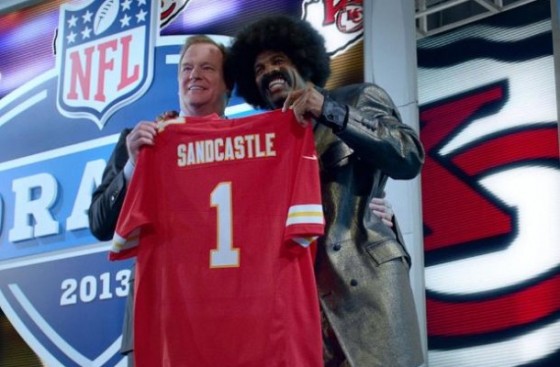 The NFL, never known for not beating a good thing to death, has struck again. After their “Leon Sandcastle” Super Bowl commercial received rave reviews the NFL decided to capitalize on it. If you visit the NFL store today you can find not one, but six different styles of Leon Sandcastle gear, including his official draft day jersey from the Kansas City Chiefs. 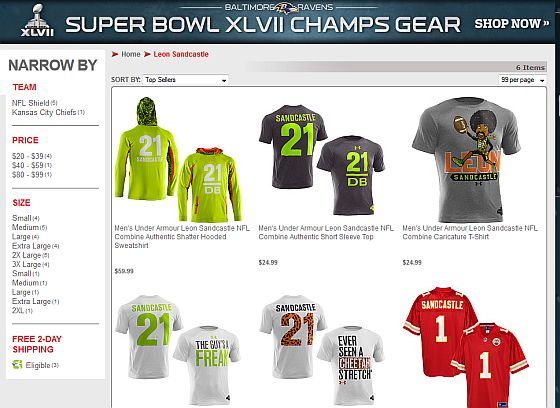 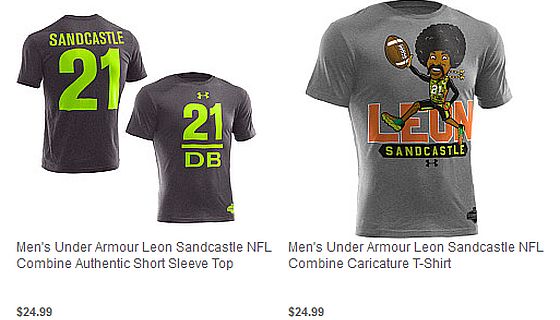 Congrats NFL, you managed to make the NCAA look restrained.