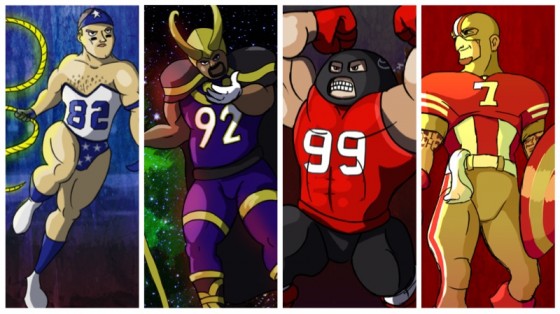 About a year ago, we put together our Sports Avengers, casting athletes in the roles of Marvel’s Avengers. Comic artist David Rappoccio recently conducted a similar study for Kissing Suzy Kolber :

This is apparently the first batch of players, as David has plans to create even more in coming weeks. You can find more of his work at “The Draw Play” which is his Football Comic Website.