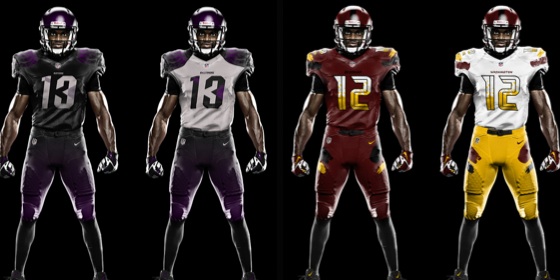 Jesse Alkire is a graphic designer who has worked for a variety of clients, but it’s his concept illustrations for NFL Uniform redesigns that has gained him the most notoriety. The images went viral back in the spring, but we figured we would save it to post during Football season. So if you haven’t seen them yet, they’re new to you! Most of the classic uniforms only received minor tweaks in his project, but our two favorite teams local to Gunaxin (Ravens & Redskins) received some of the most dramatic makeovers. So welcome back the NFL by checking out our favorites from his collection below :