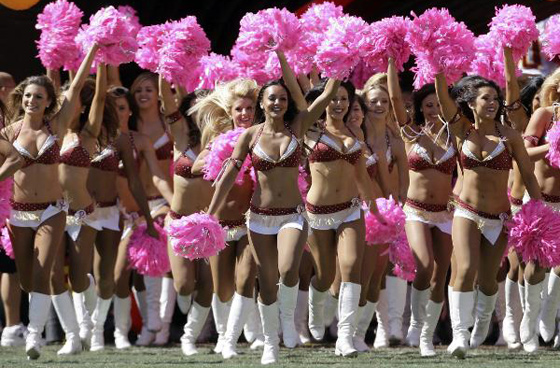 The fourth week of the NFL season is nearly in the books. All that’s left is an insignificant little game involving some guy named Brett in Minnesota tonight.

Every Monday morning from now until the end of the season, we’ll be taking a brief look back at the highlights and lowlights from the weekend. Away we go…

It appears as though Denver head coach Josh McDaniels has the right stuff. Hoodie Lite has led the Broncos to an impressive 4-0 start and a .500 record the rest of the way will likely be enough to win the division.

This just in: Peyton and Eli Manning are pretty good NFL quarterbacks. The Indianapolis Colts and New York Giants are both undefeated in large part because of the Manning brothers. Although Peyton and Eli look like docile choir boys, they get the job done on the football field week after week.

A guy who isn’t getting it done lately is Tony Romo. When the pressure is on, Romo tends to fold like a house of cards. Jer-rah Jones can’t be pleased right now with his turnover prone quarterback.

I guess Hall of Fame workers in Canton, Ohio can hold off for a while on the Mark Sanchez exhibit. The Golden Boy’s putrid performance killed any chance the Jets had of prevailing in the Big Easy.

The St. Louis Rams are so abysmal that the city of Los Angeles doesn’t even want them back. 0-16 is definitely in play.

Evidently the San Diego Chargers defense didn’t travel with the rest of the team to Pittburgh. Manhandled isn’t a strong enough word for the way the Steelers pushed Merriman & Co. around all game.

In four short weeks the Tennessee Titans have gone from a legitimate Super Bowl contender to an afterthought at 0-4. Vince Young will likely now have a chance to jump start a career that has been on life support. 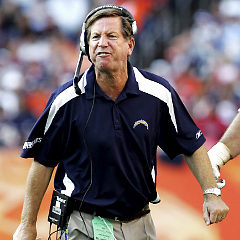 The nickname may not be official yet, but one thing is for sure: JaAwful, JaHorrible or JaDreadful Russell has been a disaster at quarterback for the Oakland Raiders this season. Through the first four games of the year, Russell is completing 39.8% of his passes with 1 touchdowns and 4 interceptions.

There is one saving grace though, today’s dogshit taco of 12-33 for 128 yards and 0 TD’s against the Houston Texans earned Russell the inaugural Norvie Award for the worst performance of the week. Keep your head held high JaMarcus, at the very least you’ll win one award this season.