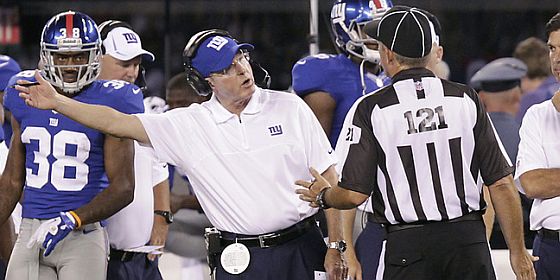 We documented the social media outrage over the replacement NFL officials last week, which was greeted with silence from the commissioner’s office. While some complaints are to be expected, the regular officials generate similar reactions, we may have reached a tipping point that will force the NFL to give in to the officials’ demands. The league has shown that they are willing to stick with the replacement refs until the regular officials cave, but internal pressure from the teams appears to be increasing.

A week after two Broncos coaches were fined for criticizing the officials in their Monday night loss to Atlanta, the NFL has to deal with two more high-profile, and ugly, incidents between coaches and officials.

First, following an afternoon loss to the Bengals, Redskins assistant coach Kyle Shanahan reportedly chased the replacement officials down the hall to their locker room, before berating them in a profanity laced tired.

Per a source that saw/heard it, Kyle Shanahan chased a official down underneath & said "You have No f***ing balls, you r a f***ing p***y."

Dan Steinberg at the Washington Post’s Sports Bog has a full breakdown of the confrontation, including pictures of Shanahan chasing the officials. 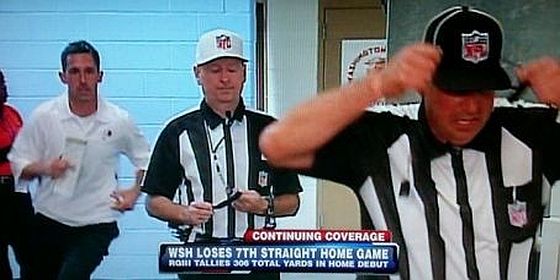 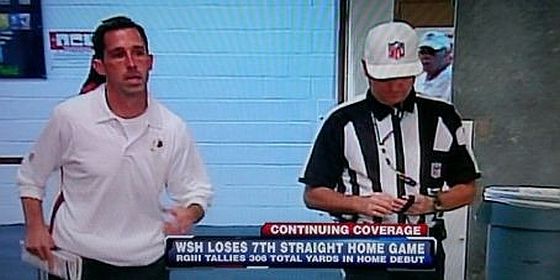 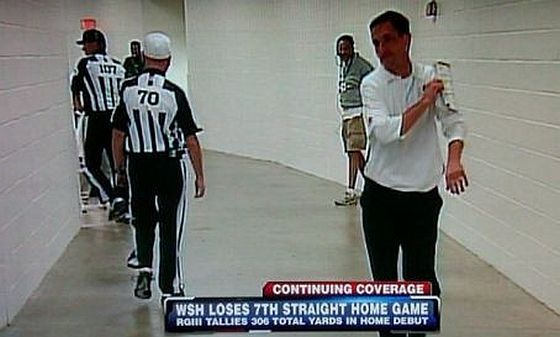 After a couple of high-profile screw ups during the day, including San Francisco coach Jim Harbaugh receiving two challenges without any timeouts, the NFL saw their most embarrassing moment come in the nightcap. Patriots coach Bill Belichick, after a close loss to the Ravens, accosted an official at midfield in front of the NBC cameras, physically grabbing the official as he ran off the field.

All of these incidents come on the heels of the NFL player’s union issuing an open letter to owners asking them to end the lockout, citing concerns about safety and the sanctity of the game.

“This affirmative decision has not only resulted in poor calls, missed calls and bad game management, but the combination of those deficiencies will only continue to jeopardize player health and safety and the integrity of the game that has taken decades to build.”

More damning, the letter also questions the NFL’s hypocrisy of fining and suspending players for endangering player safety — like the “Bounty-gate” controversy — while ignoring similar results from using replacement officials. As commissioner Roger Goodell continues to fight to reduce the violence in the game he does not want this hanging over his head as he faces arbitrators.

If criticism from players, fans and coaches weren’t enough, the league might also be facing pressure from its broadcast partners. The NFL is the top sport in the ratings due in part to its’ television friendly format, but the pace and length of games has been thrown off by the indecisiveness of league officials, which could eventually lead to lower ratings and feedback from unhappy advertisers. 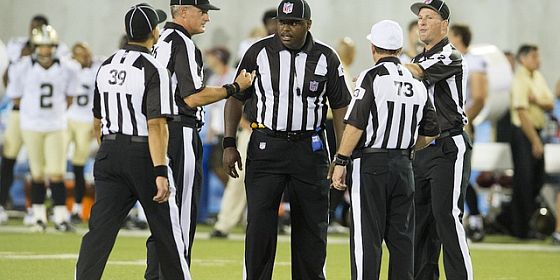 With pressure mounting from all sides, we have to wonder how long the league will be able to hold out against the locked out officials. While the NFL has shown a willingness to negotiate, recent meetings have still left a considerable gap to be bridged. We believe that the league, despite its outward obstinacy, will cave on many of the major points soon rather than risk an outright revolt over an inferior product.