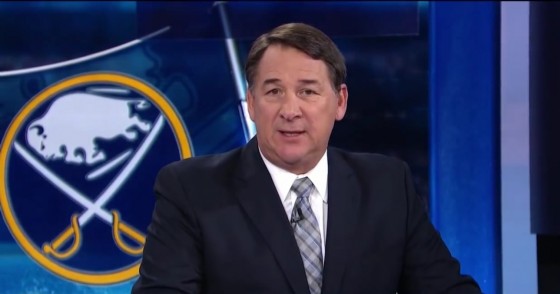 Mike Milbury has been the source of controversy on NBC’s NHL broadcasts for years, and that is apparently how they like it. He makes immature rude comments about fans and players, and stokes the flames of conflict like a poor-man’s Don Cherry. It’s impossible to find a single positive comment about the man when you search his name on twitter. Obviously the network thinks it benefits their ratings, but hockey fans have finally had enough. During Sunday’s fabulous All-Star Game, a petition was started to remove Mike Milbury from the air following his comments about John Scott. It’s just the latest example of Milbury disrespecting the game, but fans now feel more empowered to finally do something about it. What the John Scott story has taught both the fans and the league is that ultimately the fans should be at the center of decisions about the game. Social media gives the fans a voice, instead of just network executives and sponsor dollars. Today, fans are using that voice to send a message loud and clear to the NHL and NBC, they don’t want Mike Milbury to spew his nonsense on their televisions any longer.

Add your voice to over 10,000 supporters at Change.org who wish to see Mike Milbury removed from the air.