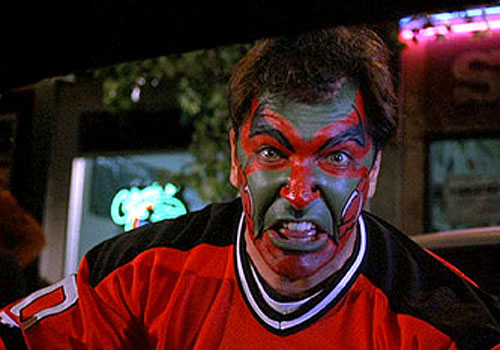 You know... support the team.

The NHL halfway point has come and gone and there have been some standout performances and breakout efforts to this point, so it’s time to hand out a little hardware. Some of the award winners I have selected will be obvious (guess who my MVP is… go ahead, guess) while others might ruffle feathers and stir debate.

*All stats and standings are through Monday, January 10.* 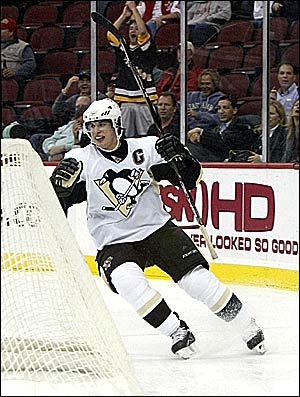 Crosby has dominated this year, leading the league in scoring.

Hate on the guy all you want, be it his inability to grow a mustache (which is about the only thing he doesn’t do well) or his incessant whining, but you cannot deny the facts; he is the best and most valuable hockey player in the league.

Crosby is currently leading the league with 32 goals, also ranked third in the league with 34 assists, boasting a nine-point cushion for the league lead (not to mention he went on that incredible 25-game point streak where he amassed 50 points). To put that in perspective, Crosby could have only played those 25 games and would still be sixth in the league in scoring.

Hands down, the MVP at this point. 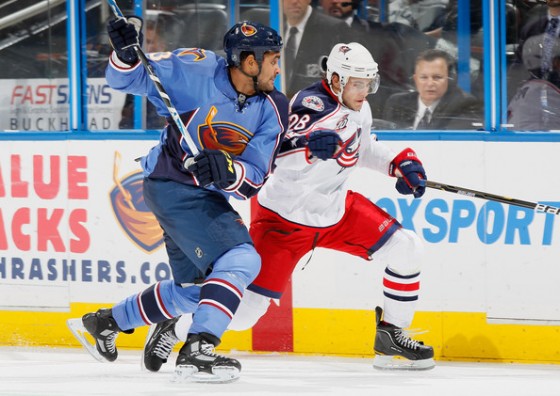 Big Buff leads all D in scoring, and has Atlanta in the playoff race.

This was the toughest award for me to pick with nearly a dead heat between Nicklas Lidstrom of the Detroit Red Wings and Byfuglien. But I give Big Buff the nod for the impact that he has made on the entire Thrashers team this season.

In addition to leading all defensemen with 41 points (eclipsing his previous career high, PLAYING FORWARD of 36), two more than Lidstrom, he also boasts an incredible 183 shots on goal, most of all defensemen by 48. That total also ranks him second in the entire league behind only Alexander Ovechkin.

Yes, I realize that Lidstrom is the more complete defender, but Byfuglien has had such a tremendous impact on Atlanta. He currently has them in playoff position and only four points out in the suddenly competitive Southeast Division.

I’m asking is this: would the Red Wings still be a great team with Nicklas Lidstrom? Yes. Would the Thrashers be close to the position they are in without Byfuglien? No.

And that’s why he gets my nod for the Norris at this point. 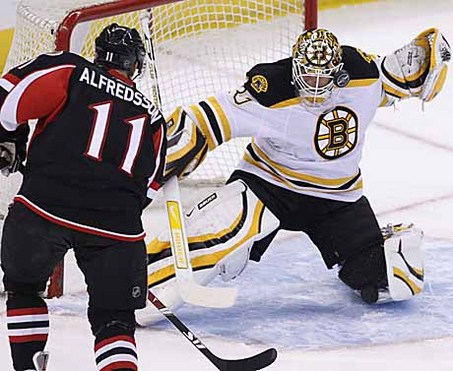 Thomas has been a wall, leading in GAA and Save %

Another hands-down winner, Thomas currently leads all goaltenders with glistening numbers of 1.84 Goals Against and a staggering .944 save percentage, in addition to tying for the league lead with five shutouts thus far. Many thought Thomas’ days were numbered in Boston with the emergence of Tuuka Rask last season, but after off-season surgery, he has rebounded better than anyone could have expected, more than making up for the Bruins lack of firepower on offense.

Calder Trophy (Rookie Of The Year) 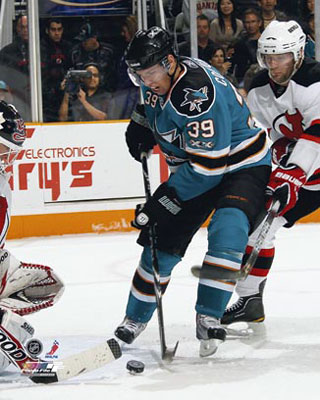 The NHL has weird rookie qualification rules and Couture, despite playing 25 games last year, still qualifies as a rookie this year. However, this was another very close and tough race to decide, and this one again comes on impact.

While Jeff Skinner of Carolina has two more points, Couture has emerged as a scoring force, leading all rookies in goals with 18, five coming as game winners. He also leads all rookies in shots on goal and is over 50% at the face-off dot. Yet Skinner is right there with him. Highly-touted rookie Taylor Hall in Edmonton has lived up to billing and will also be a contender in the second half of the season. 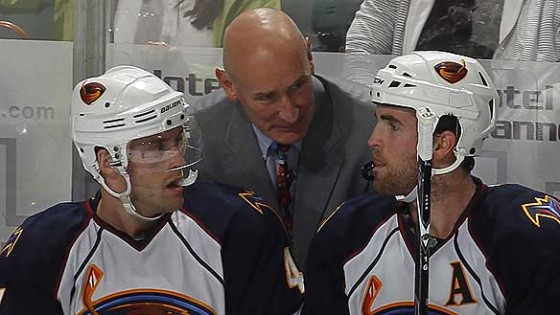 Coach may look like a dick, but he's the man...

This was another very close race, but Ramsay gets the nod over fellow Southeast coach Guy Boucher of the Tampa Bay Lightning. Ramsay has taken a team that nobody would have guessed would be anywhere near the playoff race, and he has them right in the thick of it, only four points out of first place in the Southeast despite not having a bonafide superstar (unlike Tampa).

And while I give great props to Guy Boucher for having Tampa Bay in first place, the cupboard wasn’t exactly bare when he arrived, and for that reason I give the edge to Craig Ramsay. 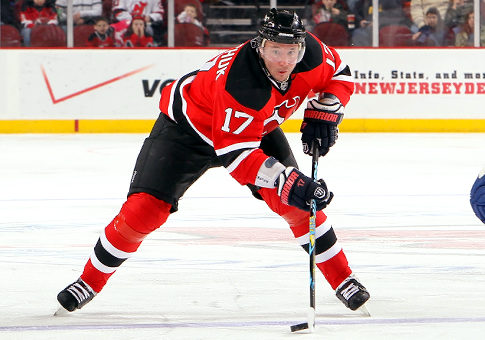 With the good comes the bad, and this has been an awful year for the Devils.

While I love Marty Brodeur, probably the best goalie I have ever seen, this has been a horrible year for both him and the Devils franchise. Brodeur has not been his normally stellar self and has recently started splitting starts with Johan Hedberg.

All the while his team has started trading off talent, sits in last place with the fewest point in the league at 24, and has gotten only 23 points, a horrible -29 out of prized forward Ilya Kovalchuk. All in all, this has been a terrible year for the Devils and their fans.

And there they are, my first half awards for the NHL season. Lots of great hockey left to be played, and some of these races and results are certain to change before all is said and done.