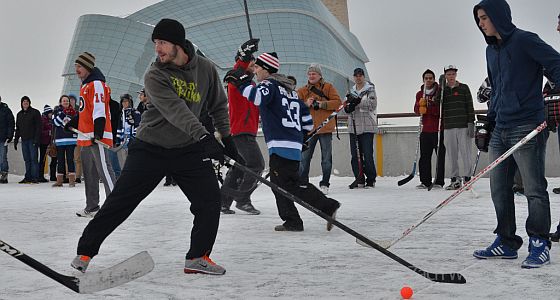 With the NHL lockout seemingly far from any resolution, and with many players now playing abroad, we didn’t expect to be reporting on a hockey game any time soon. Luckily for a group of 150 fans in Winnipeg, a handful of players decided to copy the movie “Clerks” by hosting a rooftop pickup game. An impromptu pickup game, hosted on top of a local parking garage, featured Jets Andrew Ladd, Jim Slater and Mark Stuart, along with the Kings’ Mike Richards. Announced by Richards on Twitter, news of the gathering spread quickly, filling the rooftop with stick toting fans. While it isn’t the professional game, we are sure that desperate fans will take any hockey they can get.

Whoever's up for a street hockey game, meet me on top of the parking garage at the Forks at 4PM. Need the best in Winnipeg for my team. 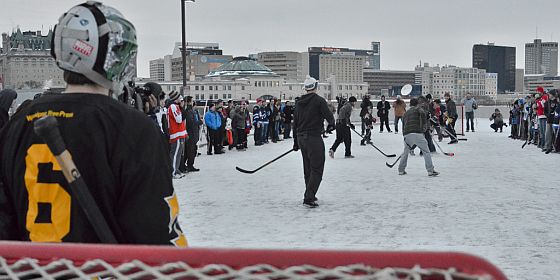 More images are available from The Wandering Lens.