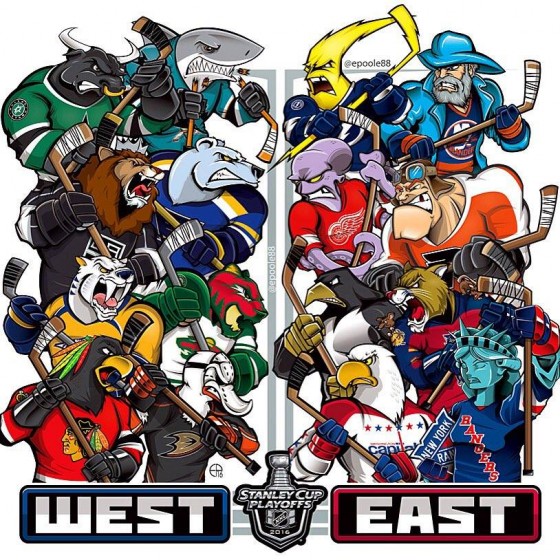 If there are two things in this world that we love almost as much as hockey, they’re mascots and fan art. So creating Fan Art of Hockey Mascots is a sure way to get featured here on Gunaxin, and Eric Poole is just the talented guy to do it. He’s been creating these fabulous illustrations for a few years now, and above is his latest image to get us pumped up for the start of the 2016 Stanley Cup Playoffs on Wednesday. Here are the mascots paired up in their first round match-ups :

In case you’re interested in seeing your favorite team depicted solo, we’ve searched Eric’s artwork archives and found each playoff mascot in their own image too :

…and once the action is done and the dust settles, check out this awesome “Stanley Cup Hangover” image he created last year at the end of the Playoffs: 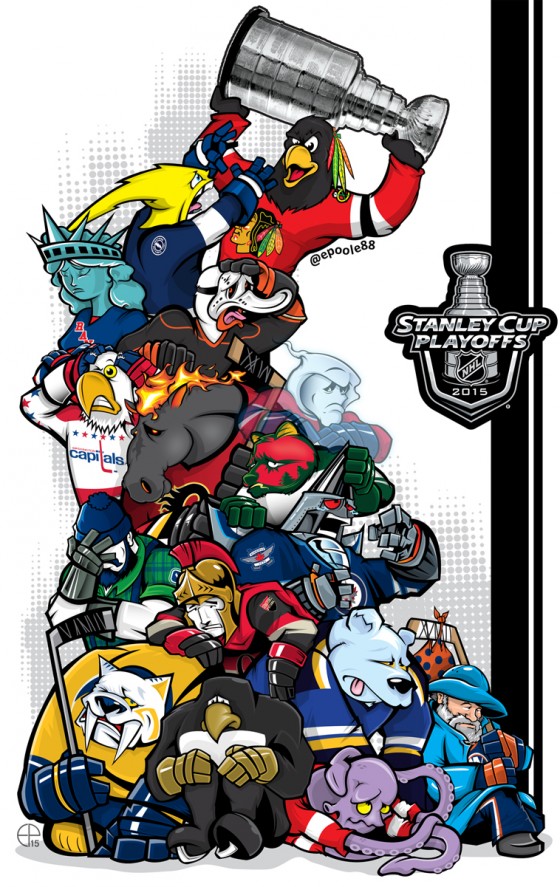