NHLPA Video Message to the Fans 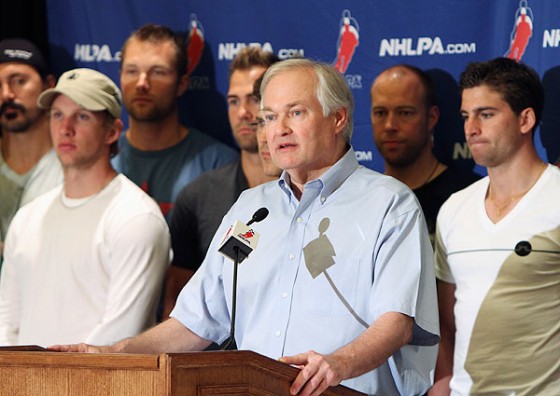 The 2012 NHL Lockout is underway, and with it comes the inevitable public relations push by both sides. Some teams, like the San Jose Sharks and Dallas Stars , have issued open letters to fans asking for their patience and understanding during the lockout, and ensuring that ownership is trying to resolve the issues behind the lockout.

While the owners try to curry favor with disgruntled fans with apologies, the NHL Players Association has taken the public relations battle to the next level, issuing a video message to the fans.

The video includes a number of star players including Jonathan Toews and Sidney Crosby talking about both their past and future in hockey, along with their side of what is at stake in the labor dispute. The players expressing their desire to play, interspersed with images of a number of the league’s biggest stars, makes for a moving video. While the lockout and battle for fans’ support has just started, it looks like the players have the upper hand, for now.

For more coverage of the NHL Lockout be sure to check out our friends over at Capitals Outsider.