Nickelback: Live at Sturgis on DVD 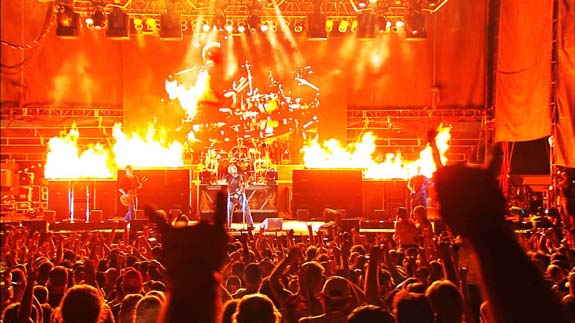 I love the band Nickelback. Their song Rockstar is the soundtrack to my life. So I was thrilled to hear that a new DVD was recently released, Nickelback: Live at Sturgis 2006. This is the unrated / uncensored version too, so we’re sure to see and hear some good stuff.

From the press release:

Nickelback’s first live DVD release since 2002, LIVE AT STURGIS 2006 captures an explosive show from one of the world’s greatest recording and touring artists.  Filmed with 15 High Definition cameras, this definitive concert performance presents the band pounding out fan favorites and modern day classics from their first three multi-million selling albums: Silver Side Up, The Long Road and All The Right Reasons.