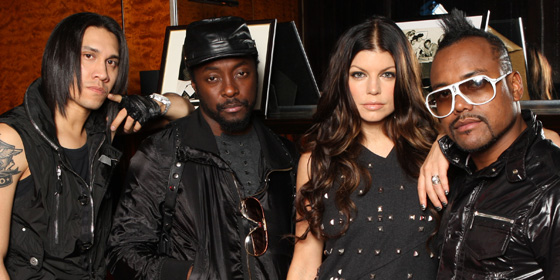 Race has always been one of the main reasons humanity has suffered genocide, war, slavery, segregation, prejudice and so many other things of this nature. Even within the same race, we have often seen brutality and crimes based on other factors such as tribe and religion.

This list however won’t focus on any of these things that have poisoned and continue to poison mankind. Through this list we will attempt to remember or point out nine successful and notable collaborations between people of a different racial and cultural background, which gave birth to creative and beautiful things.

This list is all about diversity though, so we won’t focus on one kind of entertainment (music alone could generate a list of 50) but instead we will mention one multicultural collaboration from nine different fields of art and entertainment. Since this is not a scientific research on race and anthropology, we will focus on the three main races that most anthropologists recognize. 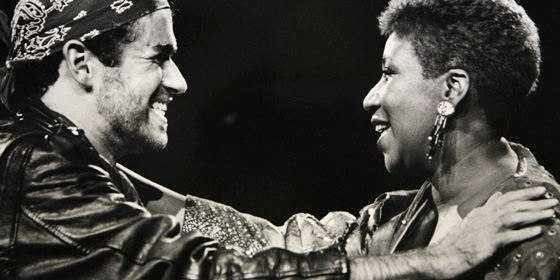 Georgios Kyriacos Panagiòtou, widely known as George Michael, was just an ordinary boy in school when Aretha Franklin was already a dominant figure in the American charts. As the years passed and as Aretha was losing her popularity and glory, George Michael was rising as one of the world’s biggest pop stars. By the time the two met, George Michael had just left of the biggest selling musical duo of the 80’s and was preparing to release his first solo album and one of the most successful commercially albums of all time, Faith.

The legendary soul Diva, Aretha Franklin, collaborated with a white artist for the very first time in her legendary career, and their hit would go #1 in 5 countries around the world (including the US and UK charts). It would be her second number one hit on the Billboard Hot 100, almost 20 years after her first number one hit, Respect. This collaboration is one of the most famous in music history. 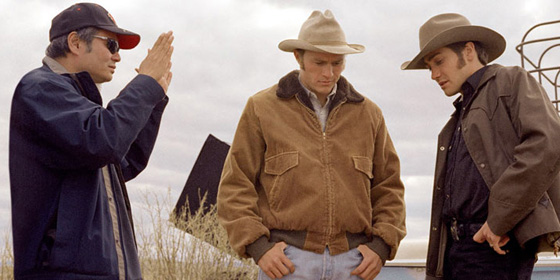 The Asian-American master of the camera collaborated perfectly with the unforgettable Heath Ledger and Jake Gyllenhaal in one of the best movies of the previous decade. Ang Lee had the brilliant idea to film a Western movie that would be completely different from any other movie of this kind before: featuring two cowboys falling in love with each other.

The performances of the two actors were so exceptional that the love between the two characters was so convincing. Despite the very controversial theme and some really graphic scenes, Ang Lee and his sensitive touch on the subject made you forget that this kind of love was forbidden or deemed wrong by the society they lived in and all anyone saw in this film was love: love in its absolute truest and undeniable form. 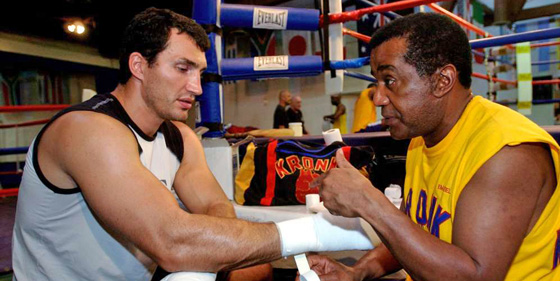 Wladimir Klitschko in terms of dominance, accomplishments and numbers is the most dominant heavyweight boxing champion the world has seen since from the days of Jack Dempsey and Joe Louis. By the time he defends his titles again, he will be the second longest reigning heavyweight champion in the nearly 130 years of modern boxing’s history, while he is also the longest reigning IBF, WBO & IBO Heavyweight Champion in history, with the most title defenses for those organizations. Very impressive achievements for the Ukrainian giant and former gold Olympic medalist, who holds another world record alongside his brother, being the first and only brothers in history holding all belts of the Heavyweight division at the same time.

Times have not always been that great or easy for Wladimir though.  Before Wladimir met Emanuel Steward, he was considering retirement after two devastating losses via knock out. Fortunately for the world of boxing, Wladimir gave it another shot and this time, he had one of the greatest boxing trainers in his corner. Emmanuel was one of the basic factors that resurrected Klitschko’s flailing career at the time. Unfortunately their legendary collaboration and legacy was cut short since the passing of Steward in October 2012, but Wladimir continues to dominate inside the ring. 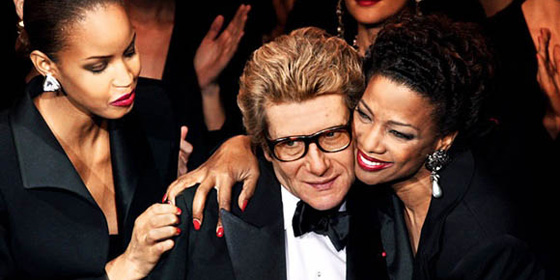 Yves Saint Laurent was arguably the greatest male fashion designer of the previous century. Saint Laurent was taken on by Dior as an assistant while studying in Paris as a teenager. Hailed as a hero in France for saving the company after Dior’s death, the French legendary designer’s signature pantsuits, safari jackets, tailored trousers and brilliant uses of color were considered revolutionary at the onset.

As women continued to fight for equal rights in the 1960s and early 1970s, Saint Laurent created a dress code for the modern and empowered woman. Yves Saint Laurent was the first designer in Paris to hire a black model in 1962 and continued to do so throughout his career for shows and advertising. He was a true pioneer for black models and he was the one who first introduced them to the big fashion shows. 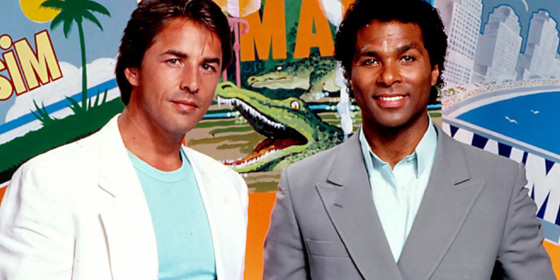 Long before CSI Miami and Law and Order, there was Miami Vice. We might take for granted today’s scenes of violence and graphic language, but things were not always that simple. Miami Vice came along and it forever changed the course of police and crime television. It was a show that focused on the drug war, prostitution and violence that engulfed Miami in the 1980’s.

The two main characters of the series were the tough but sensitive Detective Sonny Crockett (Don Johnson) and his suave, streetwise partner Ricardo Tubbs (Phillip Michael Thomas). Gone were the ill-fitting cheap suits that cops of yesteryear wore. Crockett and Tubbs were handsome, stylish and well dressed. They drove high-powered speedboats and Ferrari sport cars as their vehicles of choice when it came to nabbing the bad guys. Despite only lasting five seasons, the influence of Miami Vice is very alive and obvious in the countless other TV shows (with similar themes) that have been shown since then. It’s opening theme remains to this day an all time classic. 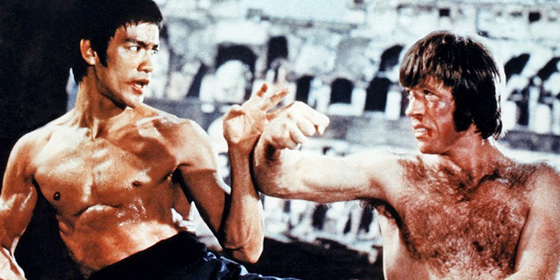 Ok, we might cheat a little in this case. This scene between Bruce Lee and Chuck Norris is not your typical Martial Arts demonstration or exhibition, but Bruce Lee had the brilliant idea to do a realistic fight scene for a film, against then World Karate Champion, Chuck Norris. That scene would be viewed by hundreds of millions around the world, instead of a few thousand. The two men were the most famous martial artists at the time and true pioneers of what has become a global trend since then. UFC’s boss, Dana White, admits today that no other martial artists in history influenced the world of mixed martial arts more than Bruce Lee and Chuck Norris. 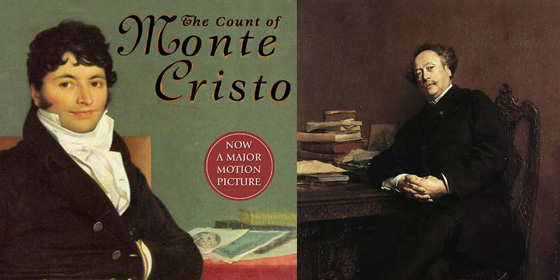 In this case the collaboration is metaphorical of course and not literal, since Count of Monte Cristo was a fictional character. Many people would consider Shakespeare’s “Othello” the most popular work where the book’s hero is of a different racial and cultural background from that one of the author, when in reality is Count Monte Cristo. This is due to the fact that many ignore how Alexandre Dumas was a biracial man, since his mother Marie-Cesette Dumas, was a Creole of mixed white French/Afro-Caribbean ancestry.

Dumas did not generally define himself as a black man, and there is not much evidence that he encountered overt racism during his life, but the fact remains that he was a Frenchman of a biracial background. His works, however, were notably popular among the 19th-century French creoles, probably because they saw Dumas as one of their own. For the fans of the book we would highly recommend the very good film of 2002 with Jim Cavaziel in the role of Edmond Dantes . 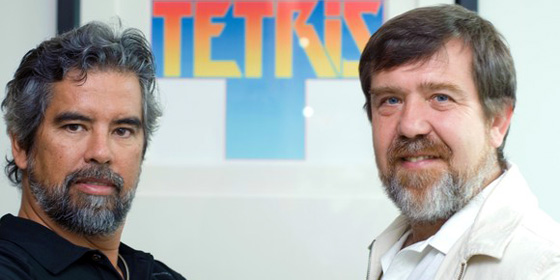 Tetris is the video game that came in second place in IGN’s “100 Greatest Video Games of All Time” and has sold hundreds of millions of copies around the world in the last 30 years. The “perfect” game as they used to call it back in the early 90’s, was originally designed and programmed by Alexey Pajitnov in the Soviet Union, while the classic music themes of the game were the product of Japanese composer and musician, best known for his scores for various video games, Hirokazu Tanaka.

This Soviet-Japanese collaboration gave birth to one of the most influential video games in history and its incredible legacy can be found on the fact that in January of 2010, it was announced that Tetris had sold more than 100 million copies for cell phones alone since 2005. The younger generations obviously love Tetris too. 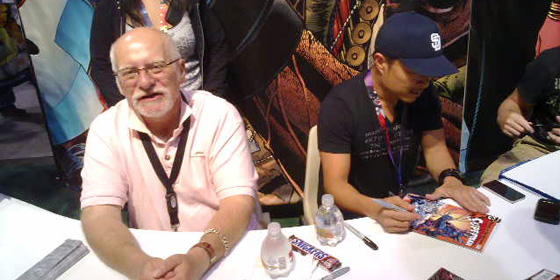 Claremont, is a British-American living legend in the world of comics, best known for his lengthy stint writing Uncanny X-Men from 1975-1991. He had a hand in creating many beloved characters and storylines that are vital parts of the X-Men lore, while he developed the character of Wolverine into a popular fan favorite. The guru also scripted the original comic version of “Days of Future Past,” which inspired Bryan Singer’s upcoming film.

Jim Lee is a Korean-American comic book artist and at the time he met with Chris Claremont, he was still a boy in his mid 20’s that was getting his break and made a dream come true, working with a legend of the field. Together, they created X-Men #1, the 1991 spinoff series première that remains to this day the best-selling comic book of all time, with sales of over 8.1 million copies and nearly $7 million in profit.

Unfortunately, the two didn’t work together much after that, mainly because they both chose different direction for their work, however the legacy of their collaboration still remains strong and alive inside the circles of the comic art.