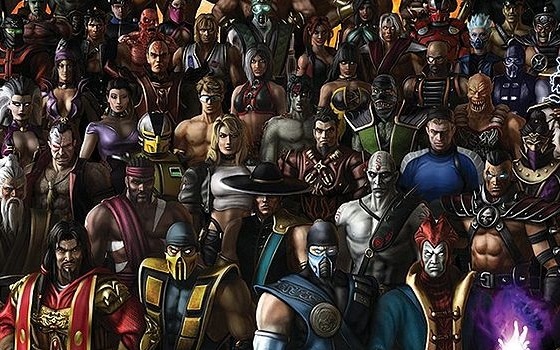 With Freddy Krueger as the last downloadable character in Mortal Kombat 9, it’s time to look back on the sixty some odd combatants from the series and separate the wheat from the awful wheat. Because in the ongoing battle for the universe, some of these people have no business participating.

In a universe where people belching fireballs is as common as a friendly handshake, why would you want mall cop Dave Coulier on your side? 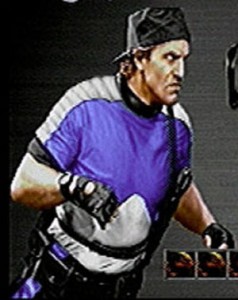 Stryker (sic) is a riot cop who joins the forces of Earthrealm to combat Shao Khan and the rest of the Legion of Doom. Just so we’re clear, this includes a multi-armed acid spitting spider-woman, at least two cyborgs, a well oiled circus strongman in fetish gear and a minotaur. Meanwhile, Stryker is armed with smoke grenades, a night stick and a backwards baseball cap. Place your bets.

While it would be fair to include every ninja/cyborg ninja/Skrull that isn’t Sub-Zero and Scorpion on this list, we’ve got a little something called “journalistic integrity.” What does this mean? For starters, we only drink lite beer while writing our opinion pieces on decades-old arcade game franchises, and we flat out refuse to take pot shots at palette swaps, even if the characters in question all look like they bought their costumes from Party City. That said, Rain exists strictly because Ed Boon likes Prince/The Artist Formerly Known as Prince/Super Skrull and wants you to know it. And hey, we like Prince too, but it’s just a tad difficult to associate “tearing out a human sternum” with “Darling Nikki.” In fact, doing so may very well lead to awkward erections and years of therapy.

In the original Mortal Kombat the player was told that “GORO LIVES!” and holy God just look at him:

Over the course of the game Goro died. But unlike every other character who is decapitated, electrocuted, burned alive, frozen alive, laser eyed or has their spine forcibly removed, Goro’s death apparently was for realsies. When it came time for Mortal Kombat II: Kombat 2 the Streets, his replacement, Kintaro, looked like this: 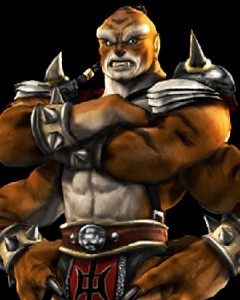 Essentially you have Goro with tiger stripes, which is only slightly less lazy than the thirty other repaint jobs in the game. But Goro was already scary. That’s why we were warned that he lived. If your idea of making him more intimidating is to slap some stripes on him, just go the full monty and add the cat ears, too. It’s not like he has any dignity left, anyway.

Video games have a long history of taking boring professions and making them exciting by completely ignoring what that job entails. Plumbers, for example, can be anyone’s hero if their work involved slaying dinosaur kings instead of being elbow deep in your septic tank. Sadly, the same thing can’t be said for the motion kapture (sic) artist Mokap, who manages to cheapen the entire concept of mythical death combat tournaments by standing next to literally any other character in the game. 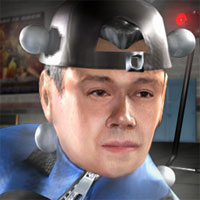 Even he can't get excited about this shit.

Controversial statement: women have had a universally poor representation in video games. Mortal Kombat takes this objectification a creepy step further by taking the characters you want to masturbate to and literally beating them to death before your filthy eyes. However, Sheeva puts a unique twist on this sexism. Another addition to the “Goro’s still dead, what do we do?” file, Sheeva meets every teenage boy’s standard by revealing as much breast as possible without being classified as pornography. She then flips this around by looking so hideous that only those hoping for a pardon from the governor could find her sexually attractive. 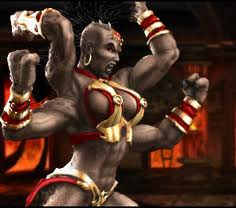 "Ms. September's turn-ons include silk, candle light and the continuous scream of the eternally damned."

We’ll be blunt here: from a game play perspective Frost is simply Sub-Zero with a different set of bounce physics, but that’s not why she’s made the list. Instead, she finds herself on the chopping block because of how unnecessary it was to add yet another ice-based character to the roster. If you’re going to attempt to follow Mortal Kombat canon (and we’re sorry if you do) then there are anywhere between two and twenty-two actual Sub-Zero’s depending on the continuity and the severity of your substance abuse. 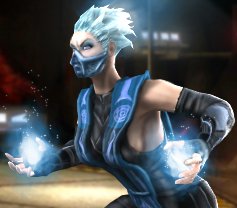 May or may not have a penis.

One of the weird quirks about Mortal Kombat is that jokes tend to go way too far. For example, the character Noob Saibot is often abbreviated to Noob. In Deadly Alliance, the game where everyone decided they needed a weapon to murder evil Chinese wizards, he armed himself with the Troll Hammer. You get it? Ed Boon’s been on the internet!

Meat was introduced in Mortal Kombat 4 as a hidden character, though originally he was just the character model used for certain Fatalities. Fast forward to Armageddon. Nearly every character is included on the roster in a feeble attempt to make sense of a terrible plot. Meat is revealed to be an incomplete experiment that escaped from Shang Tsung’s dungeon. Just so you fully understand this, Shang Tsung is a man who perfected the art of soul stealing, immortality, transformation and god killing, but he didn’t get past the “wacky dancing skeleton” phase of playing God before forgetting to put a lock on his basement door. Remind us why this guy’s a threat again? 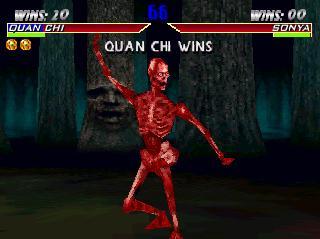 Another one of Midway’s interesting design habits is taking a background character and turning them into a main character. Such is the case with Blaze, who originally appeared in the background of Mortal Kombat II doing absolutely nothing.

The arrow would later go on to become an alternate costume for Smoke.

In actuality that’s just the character Lui Kang on fire, eventually evolving into a fire elemental, also known as “generic guy on fire.” We’ve never claimed that Mortal Kombat was a spring of creativity but as far as fighting game clichés go “dude made of fire” is right up there with “generic blond street fighter.”

What happens when Midway runs out of ideas? You might answer “Mortal Kombat Trilogy” and you’d be right, but we’d also accept Kobra, American brawler and perhaps the least interesting character in the entire Mortal Kombat mythos. 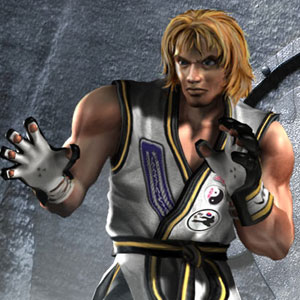 In a world where monsters shoot blades out of their wrists and American heroes have piston-powered arms, Kobra is a New York street fighter (but not that street fighter) who becomes consumed with the thrill of killing dudes. That’s pretty much it. If you’re holding your breath waiting for some kind of twist, maybe robot arms or a weakness to Kryptonite, you’ll probably suffocate before you close this browser window. As part of the ridiculous influx of new characters introduced in Deception Kobra sets the standard for bland mediocrity.