It’s pretty obvious what’s going down right now at your local grocery store. Big-ass frozen birds are on sale. We’re talking 20-plus pounders here! What’s the deal? Surplus on giant chickens? Close. It’s Thanksgiving time and an over abundance of turkeys are flooding the freezer aisle like frigid bowling balls.

Yeah, as we all know, the Fourth Thursday in November has been set aside for gluttony. Everyone (well, in America at any rate) gathers together with people they strenuously attempt to avoid the other 364 days of the year, put up a false front of excitement and contentedness while gritting their teeth trying to contain their vitriol, and shovel insane amounts of food into their gaping maws. It’s a blast! Oh, well, then there’s the bloated, numb feeling that comes directly afterward while we fight sleep attempting to care about Detroit Lions football. What a fun holiday! But what’s the deal with all this crap, anyway? Well, let’s just say it’s not all what you think… 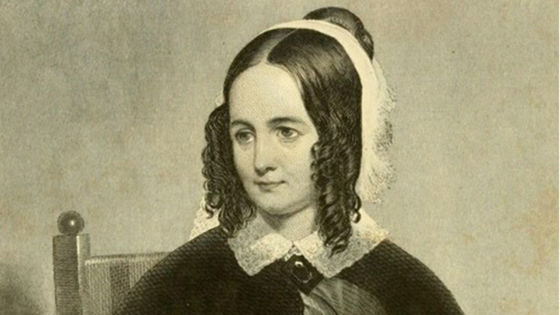 Sarah Josepha Hale (1788-1879) is most well known as the author of the famous Nursery Rhyme, ‘Mary Had A Little Lamb’, but that’s not all she did. As a writer and an advocate for all things American, Sarah decided that New England shouldn’t be the only place in the ever-growing states to celebrate the blessed feast of Thanksgiving. So, being the persistent one that she was (and she really was), she petitioned presidents including Taylor, Filmore, Pierce, Buchanan, and Lincoln, and probably everyone within shouting distance, to finally ‘nationalize’ the celebration. It finally took the approval of good old Honest Abe to do so in 1863. So, up until then, it wasn’t exactly the institution we know today.

8) Black Friday: Capitalism at its finest 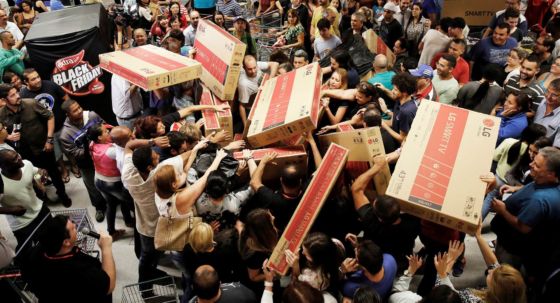 Though recently, the day after Thanksgiving has been known throughout the shopping community as ‘Black Friday’, due to its popularity for consumers to some how stumble out of bed after putting on several pounds the day before and, feebly, attempt to shop, the day is actually not the most prevalent shopping day of the season. In actuality, based on years of sales records and such, it turns out the most profitable days are the last two weekends before Christmas. See, waiting till the last minute does make a difference. 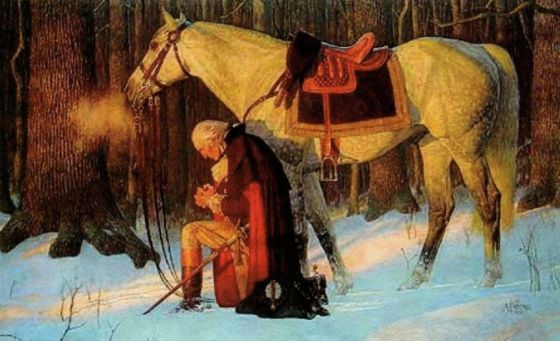 Even before the assistance of Miss Little Lamb (see number 9), Thanksgiving wasn’t even remotely recognized again as any kind of tradition since the earliest known original feast until 1789. President George Washington declared a day of thanks for the growing colonies, though he didn’t give it a specific date. Still, even after Hale and Lincoln’s collaborative effort, the date wasn’t signified as the fourth Thursday in November until 1941. See, Thanksgiving hasn’t been around as long as most people tend to believe. Because people will believe everything they’re told. As you should be doing right now with me. 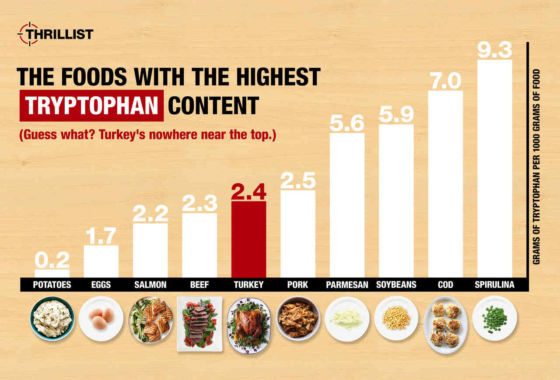 Ah, tryptophan: the cause of everyone’s narcoleptic misery on Thanksgiving. Have you ever wondered how nearly every other day of the year no one says a word about it? Well, most think it’s just because it’s so prevalent in the turkey we all shovel down. In all honesty, it’s actuality the act of the shoveling and less the act of the scapegoated amino acid that really does the trick. Oh sure, turkey has a fair share of the snooze inducer, but so does parmesan cheese. Basically: you go nuts with the food intake featuring tons of carbs and wash it all down with nog or alcohol and, well, the body compensates by drawing blood from the brain and, BAM, sleepy time. Now you know. So get out there and have a popcorn, jellybean, and toast feast, you ‘nuts! 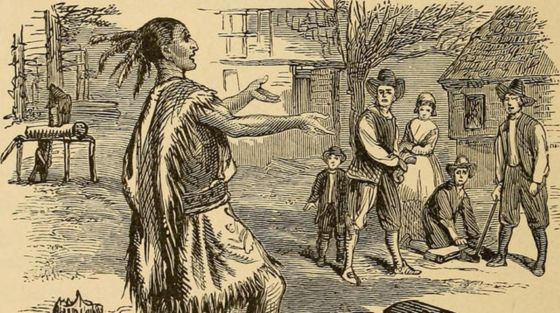 So, you think you know that the feast that spawned a National craze happened on exactly 1621? Well, that’s what you’ve been told time and again, so, therefore, it must be true, right? Yeah, well, in the little thing we like to call reality, very little if anything is known from the dates 1616-1623 other than the simple fact that a whole ton of a ‘European Plague’ brought ashore by those crazy cats, the Pilgrims, wiped out a solid 90% of that uber-friendly Indian tribe. So, at least we understand that Squanto and his buddies truly didn’t number more than a few hundred at best. Aren’t we ‘American Settlers’ the nicest? 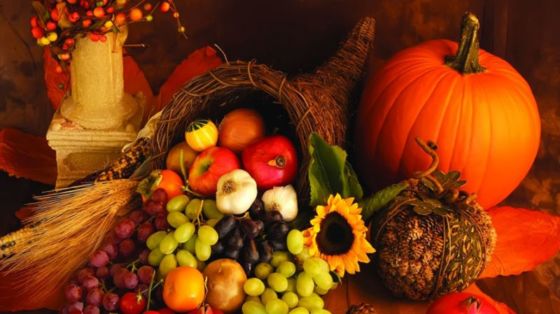 It has always seemed kind of odd to me that Thanksgiving has been so seemingly arbitrarily placed at the tail-end of November, and now I understand that it is all kind of silly. As it turns out, the first giving of thanks would most likely have taken place somewhere within September or October where the settlers and the Natives would have been gathering crops and sundries for the harsh and often deadly winters ahead while dressed as skeletons and William Shatners. Thanks killing frost! 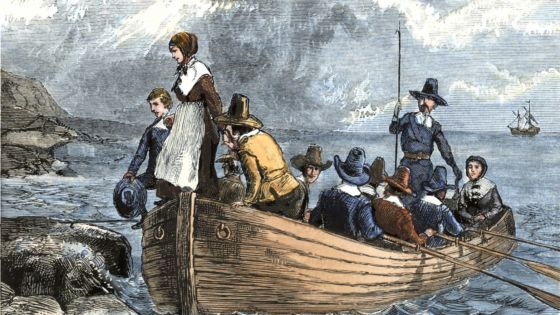 Pilgrim, Pilgrim, Pilgrim… everyone knows -from Elementary school to moronic college kids- that those sea-battered religious zealots who sailed the Mayflower II (Electric Boogaloo) were called Pilgrims. Well, as it turns out, they weren’t called that. In fact, they didn’t even refer to themselves as Pilgrims, but rather as ‘Saints’. Pilgrim was a term used to describe actual settlers of a land who have escaped another for beneficial reasons. However, since it was apparent that others (namely Indians) were already there and prime candidates for a sickness to spread, they went with the far more fitting, Saint. Yeah, that sounds better.

2) No pointy hats or muskets, either 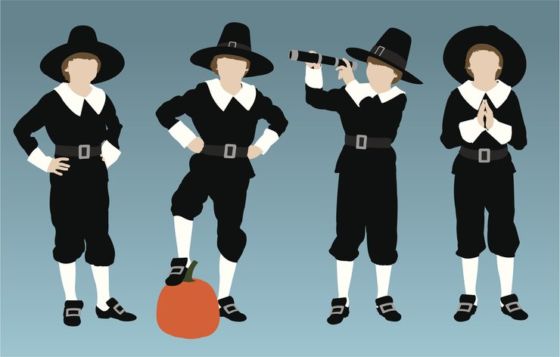 My sons brought home from school many a fine representation of what everyone thinks of when we think of Pilgrims: Black on black, conical (and comical-ha-) hats, buckles aplenty, and a musket. Sorry, once again this is a perpetuated myth by writers and poets of the quite-recent 20th century. As it turns out, most of the garb would have been tan, as it was leather, wide-brimmed hats similar to those employed by the Amish, and no buckles. Sorry. Buckles were used more modernly to make those irritating Plymouthers seem more quaint. See, now you understand where Santa’s get-up comes from. Santa was a Saint, after all. And, as far as I can tell, also aboard the Mayflower. Possibly. 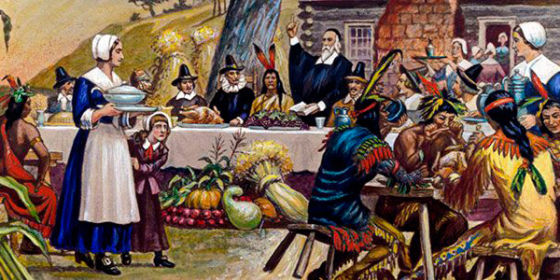 Okay, I will stipulate that there was, at some point around 1621, a feast, of some kind, where thanks to God for survival was given. However, as you may have guessed, the menu was nothing like what you’ve come to know and love. Turkeys weren’t exactly common, at least as far as anything other than the wild type, so, along with other game birds, they were more of a secondary addition. The big meal, or the centerpiece, would have been venison, possibly dried fish, wild-grown vegetation -probably not yellow corn, though possibly Indian maze- and roasted and unseasoned gourds. Oh, and as far as dessert went, since there was no sugar at the time and no cattle handy for milk, that was pretty much right out. So, there ya go. No there’s something to wow your annoying family with over dinner.